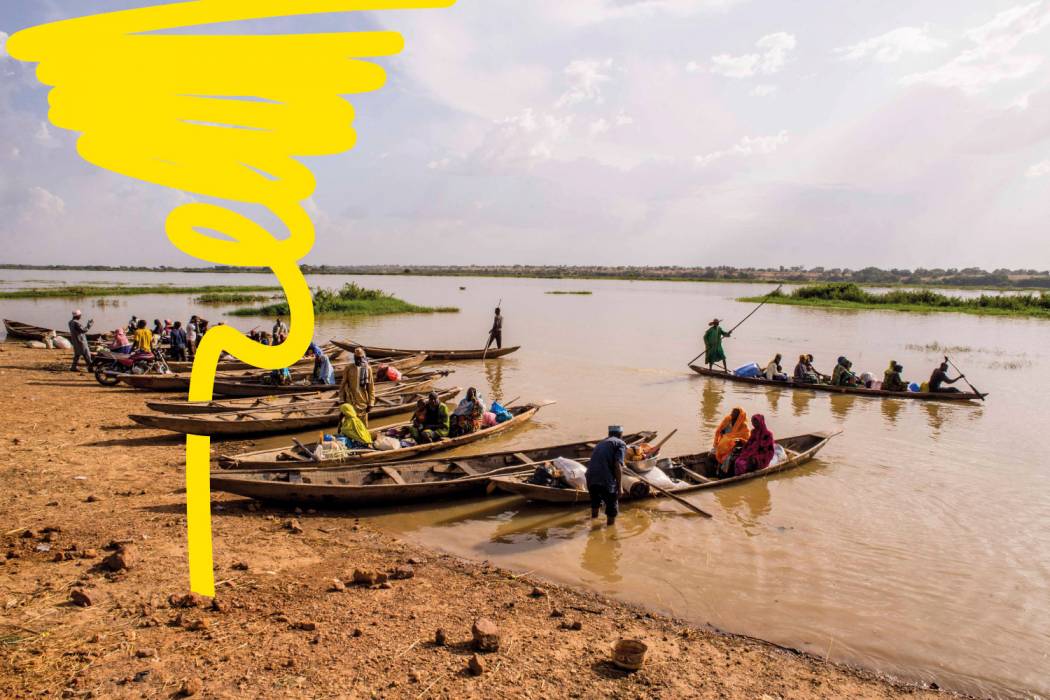 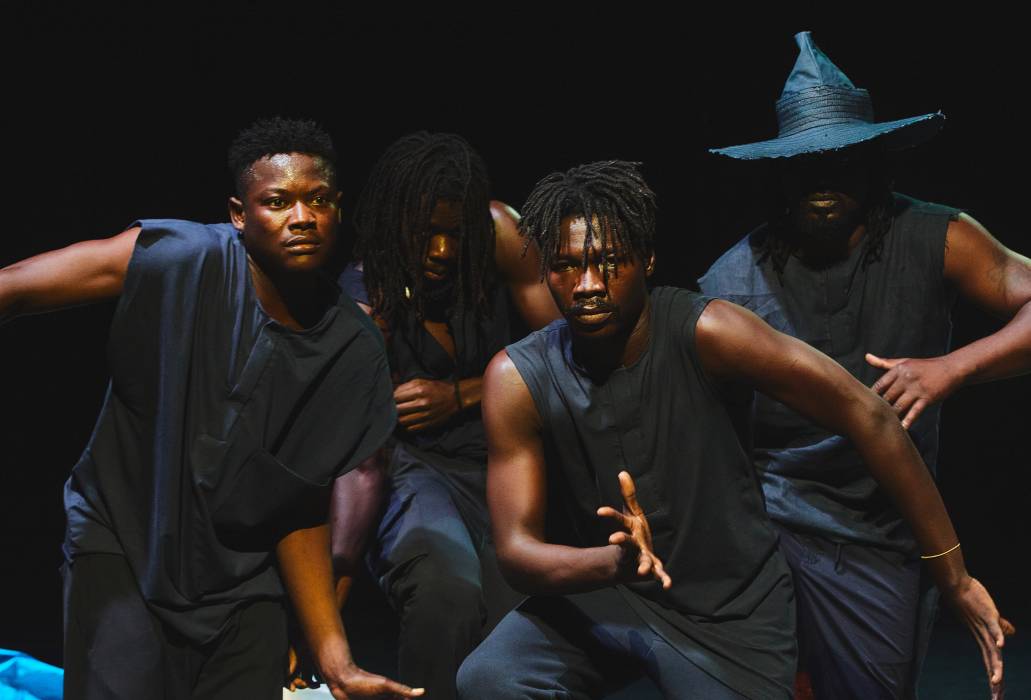 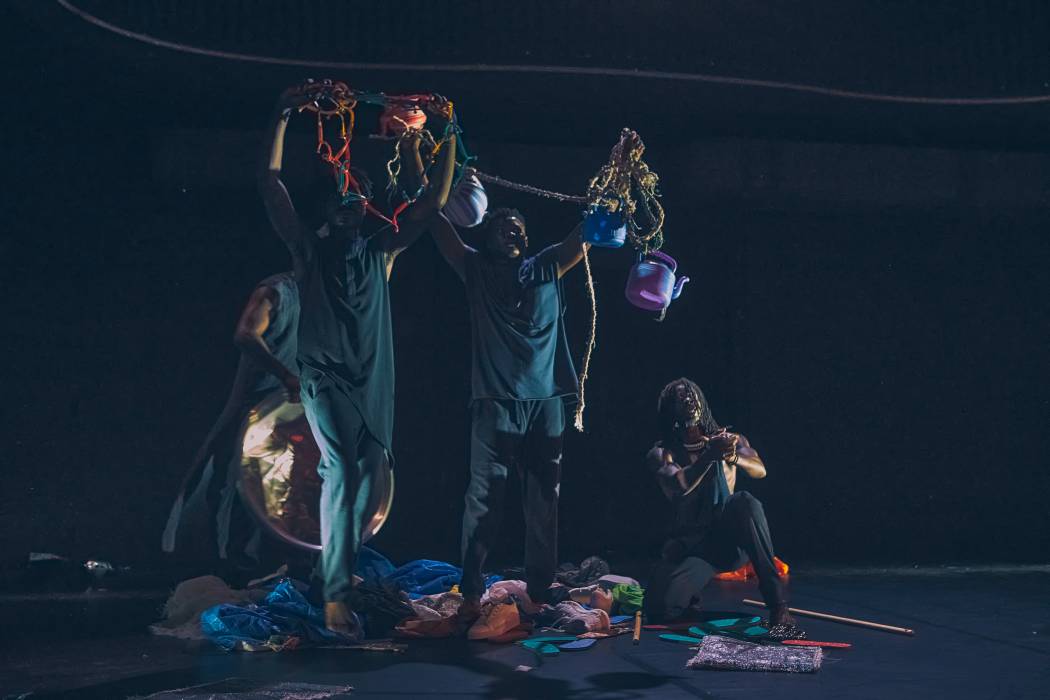 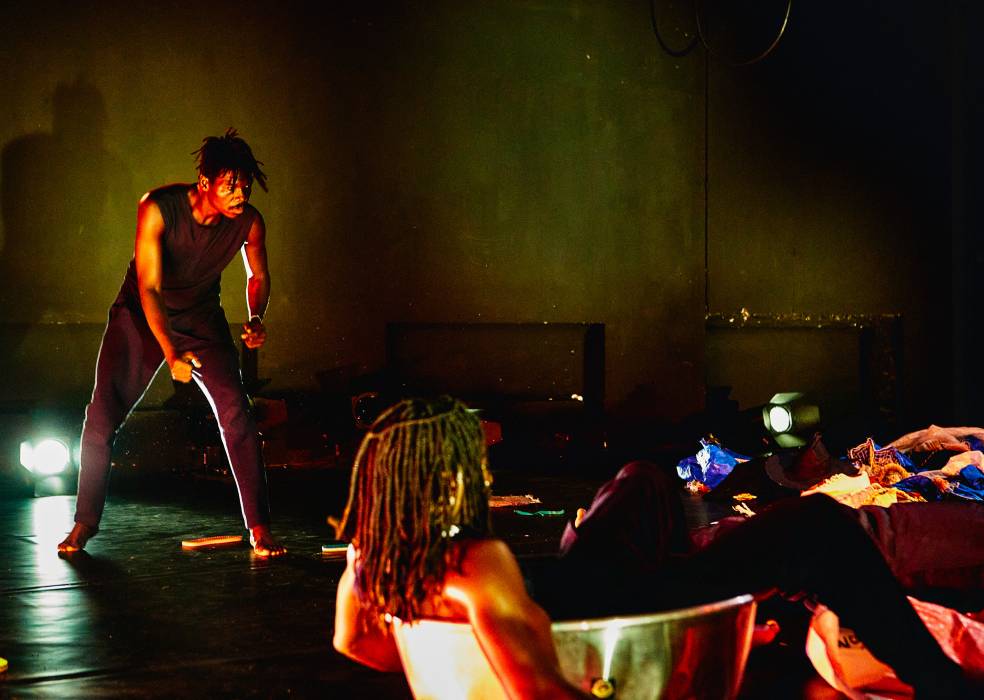 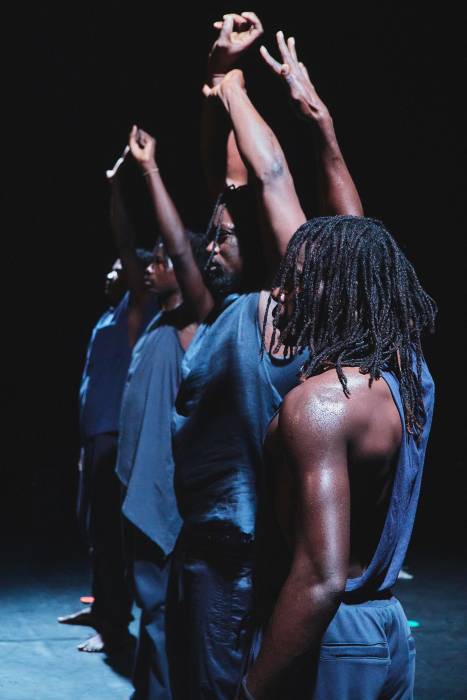 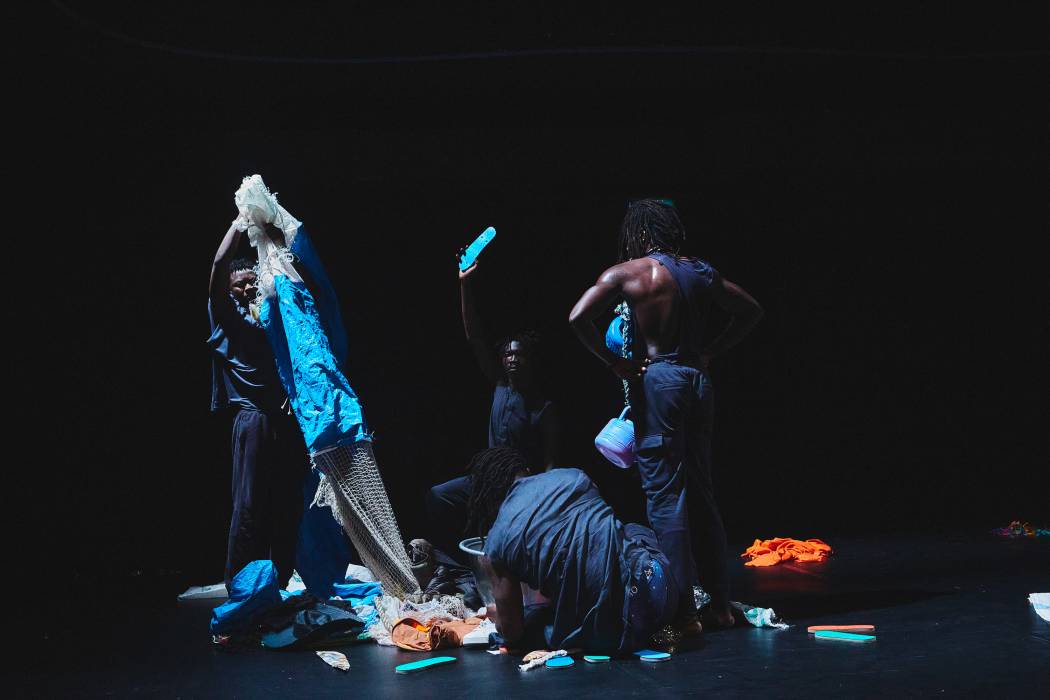 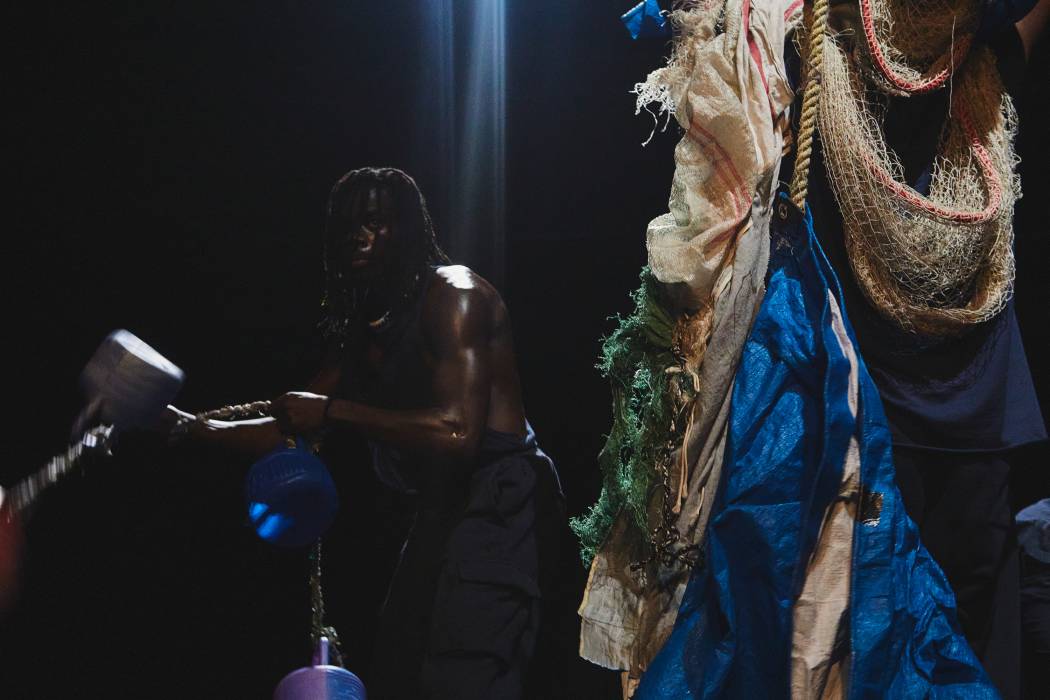 Lake Chad is one of the oldest wonders of the Sahara, connecting the countries of Chad, Nigeria, Niger, and Cameroon and providing the region with water and food. In addition to its beauty, the lake provides shelter for people and nature and is also a spiritually charged archive for dances and songs of the local peoples. In recent years, however, the lake has become a threatened habitat due to climate change, increasing security problems and resultant displacement. Where humans and nature once used to coexist peacefully, conflicts now are on the rise, predominantly responded to with a militarisation of the regions.

With The Drying Prayer, Chadian choreographer Taigué Ahmed, together with his five-member ensemble of dancers and musician and DJ Afrotronix, has created a dance piece that deals with current transformations of habitat, flora, fauna and community structures at Lake Chad. Contemporary African dance meets traditional movement and hip-hop meets urban dance style coupé-decalé. For this, DJ Afrotronix has composed music that combines sounds of the region with electro and dance sounds.

The Drying Prayer is a danced cartography, a survey of the situation at Lake Chad and in its environs. The piece is prayer, dance of hope and at the same time the opening of a possibility space in times when the issue of the effects of climate change is being discussed around the globe.