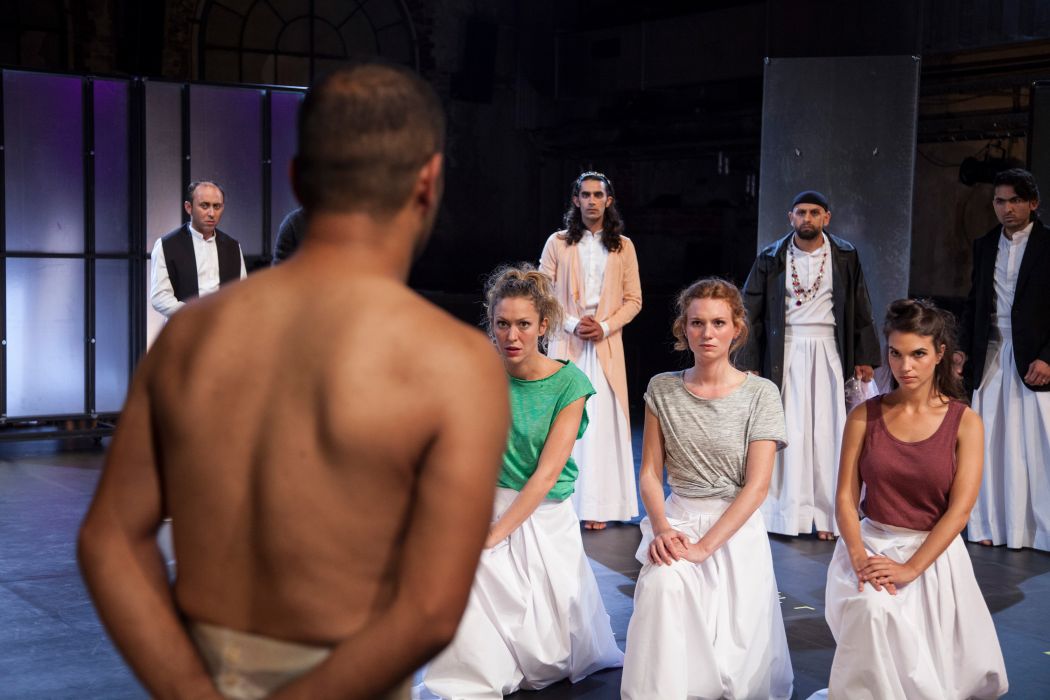 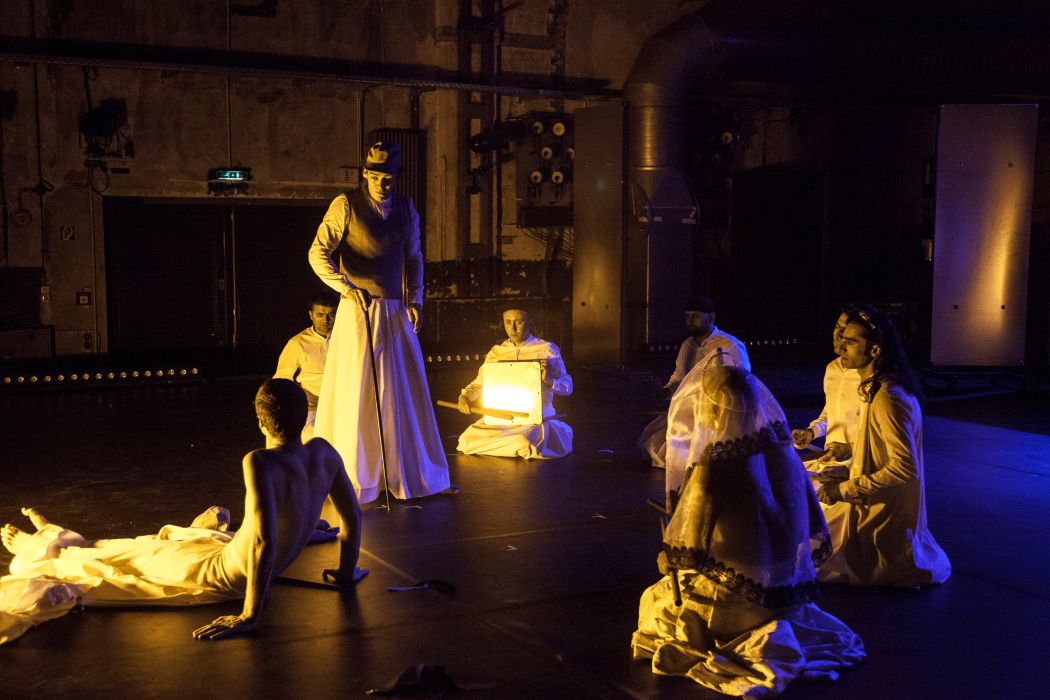 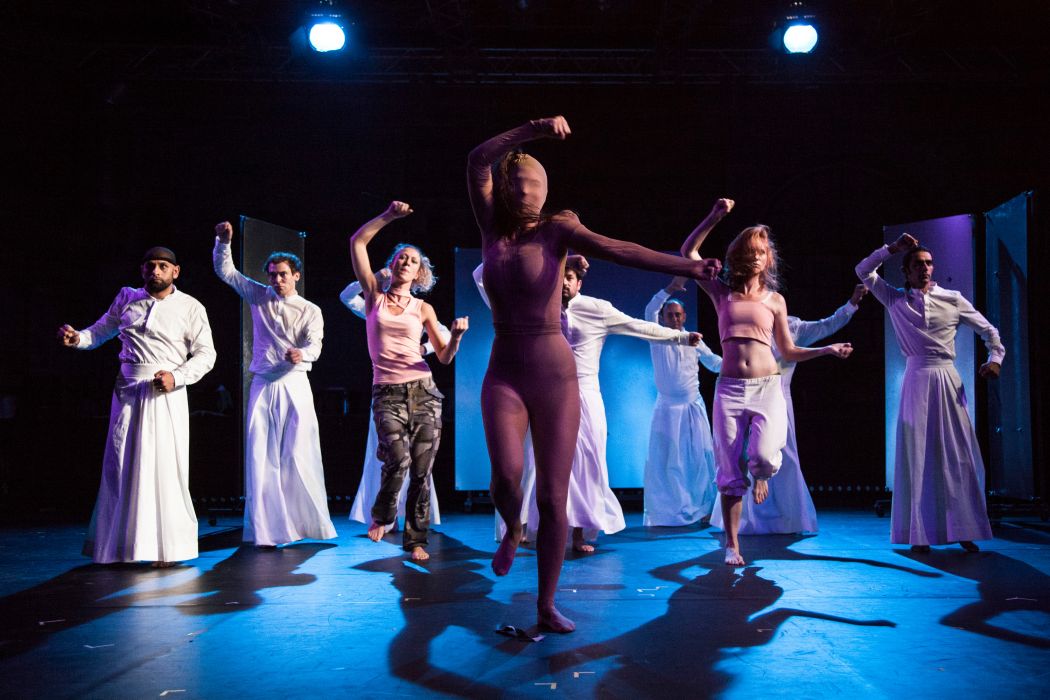 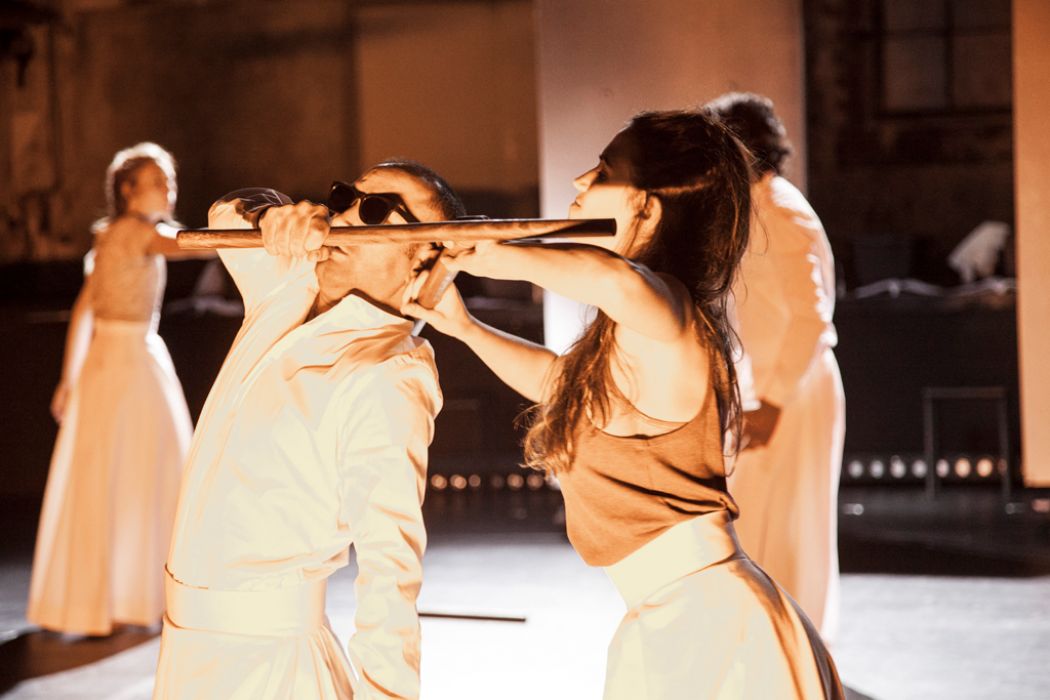 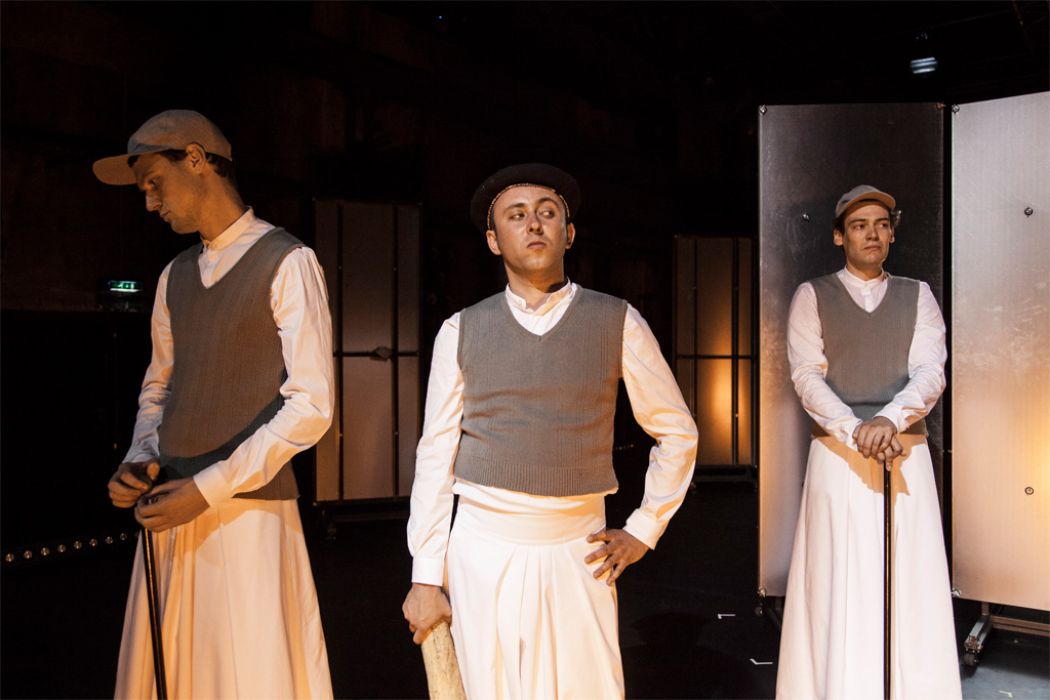 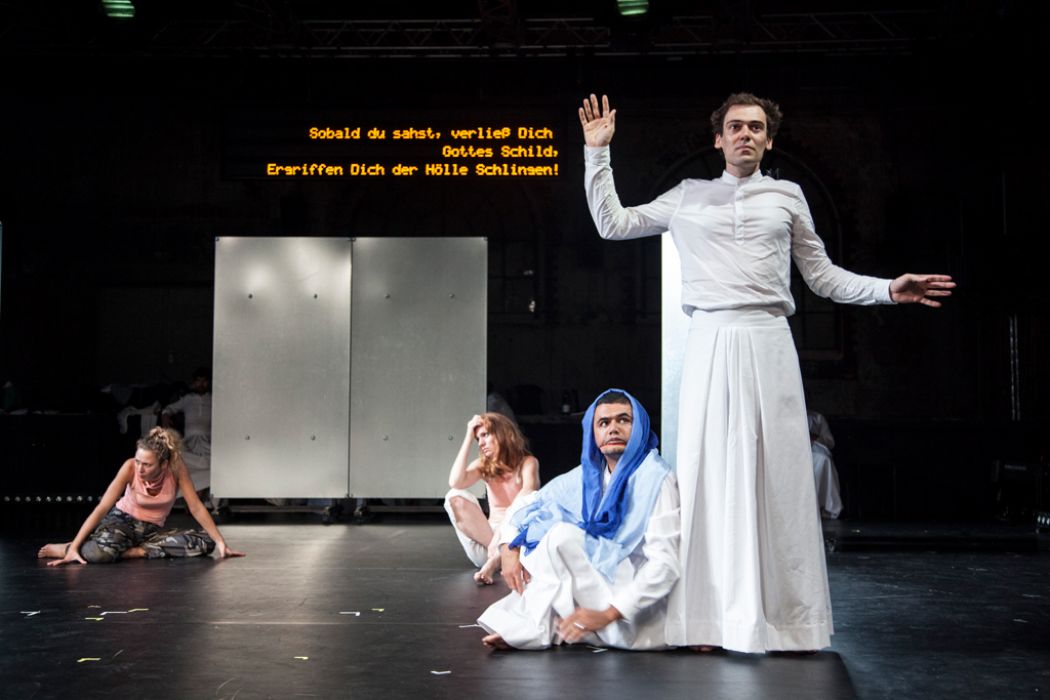 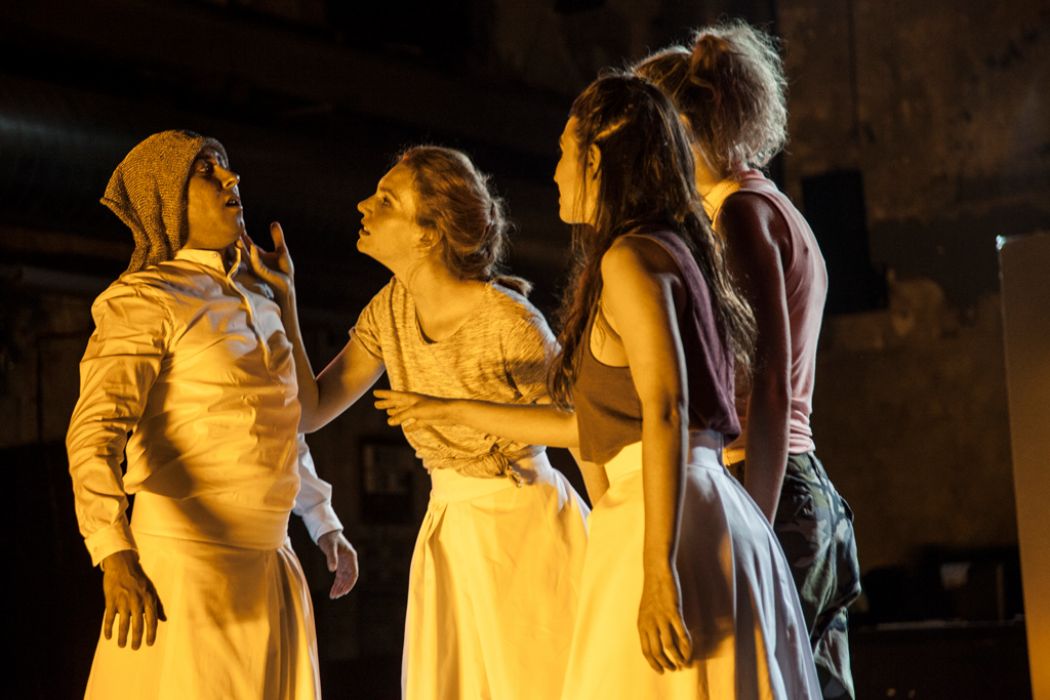 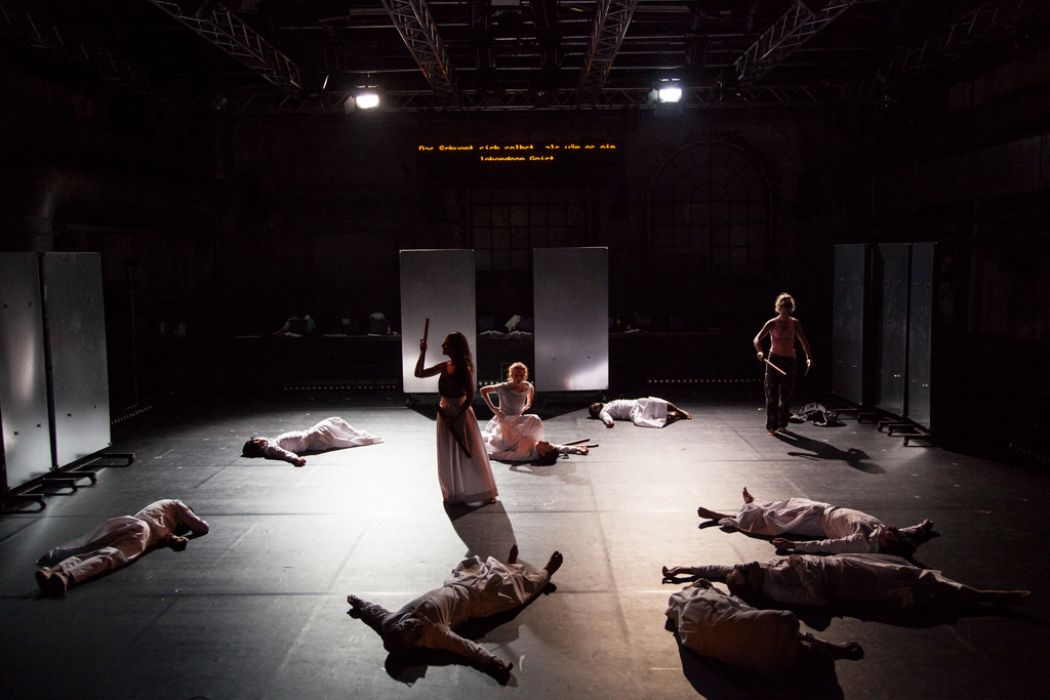 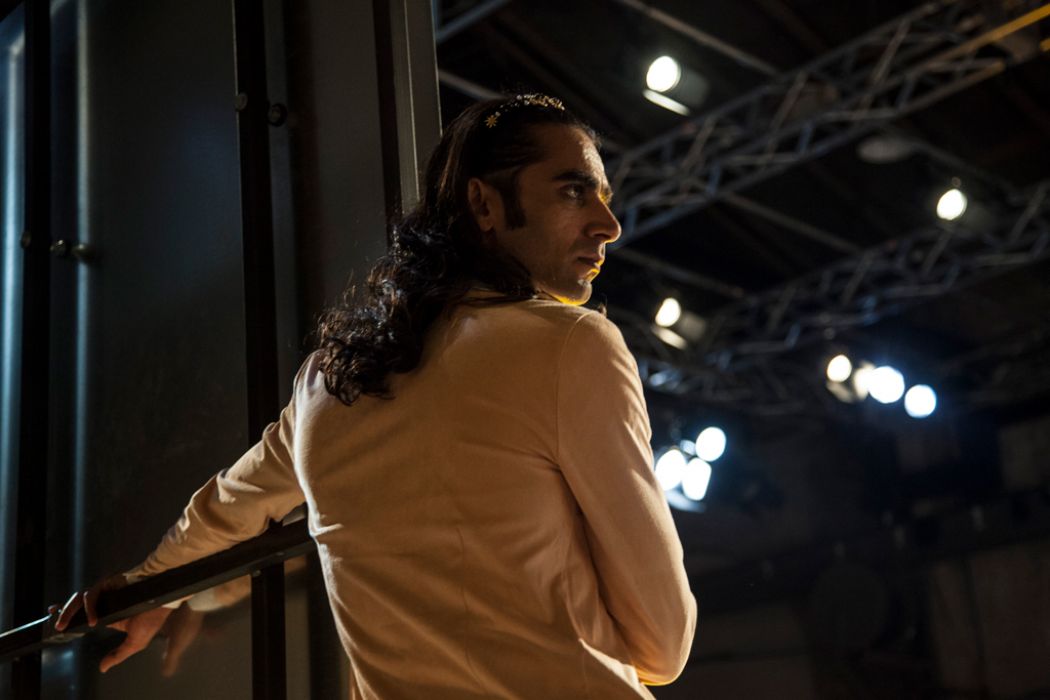 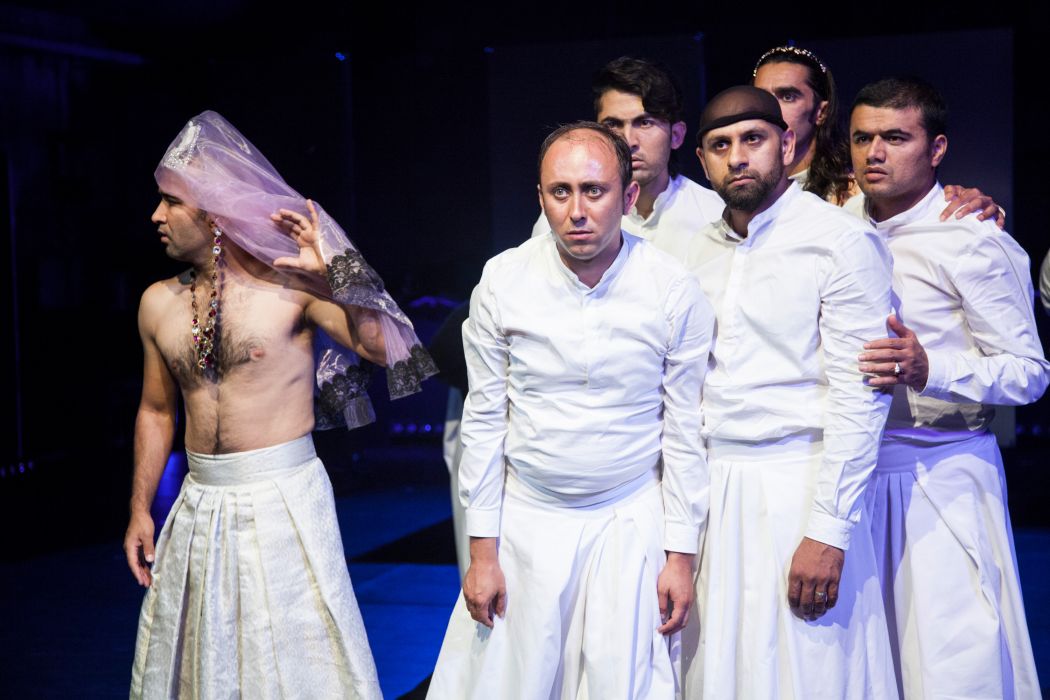 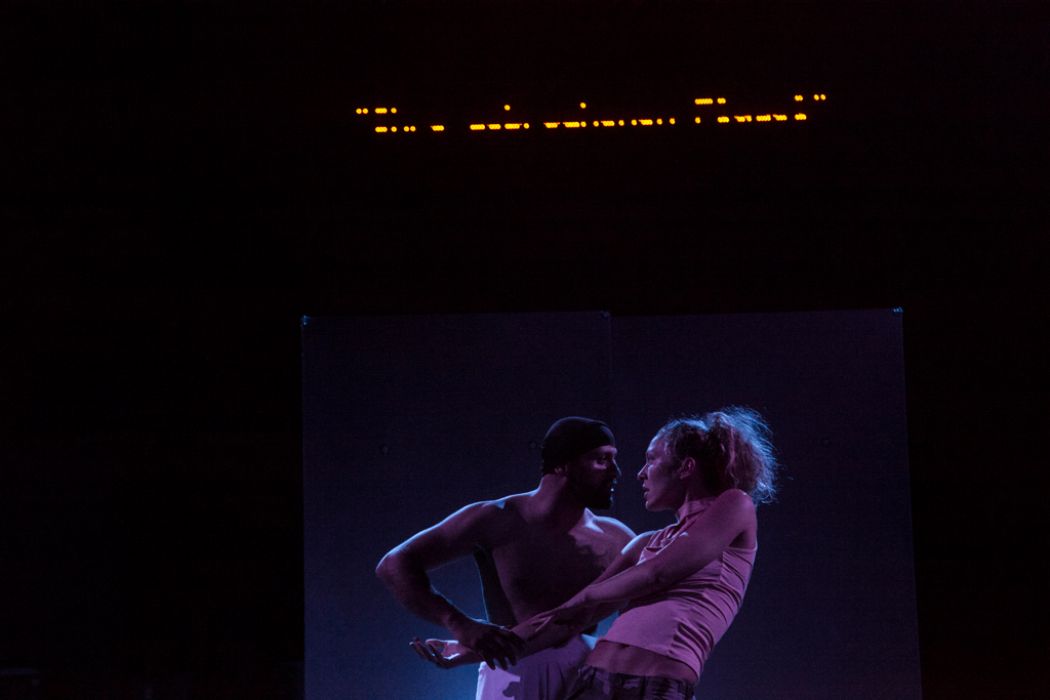 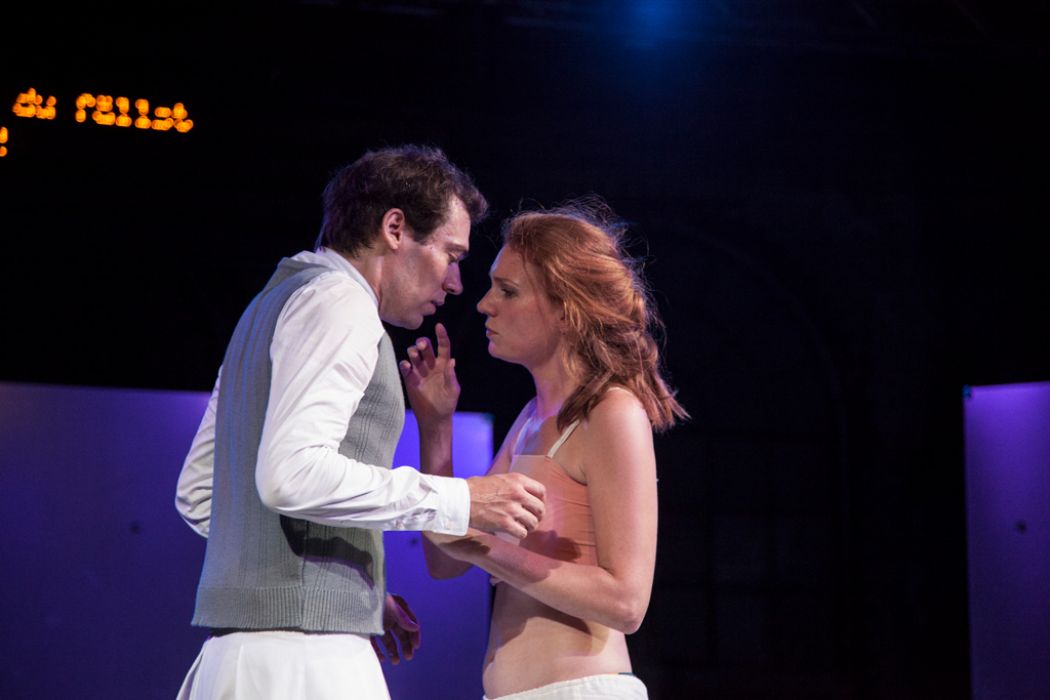 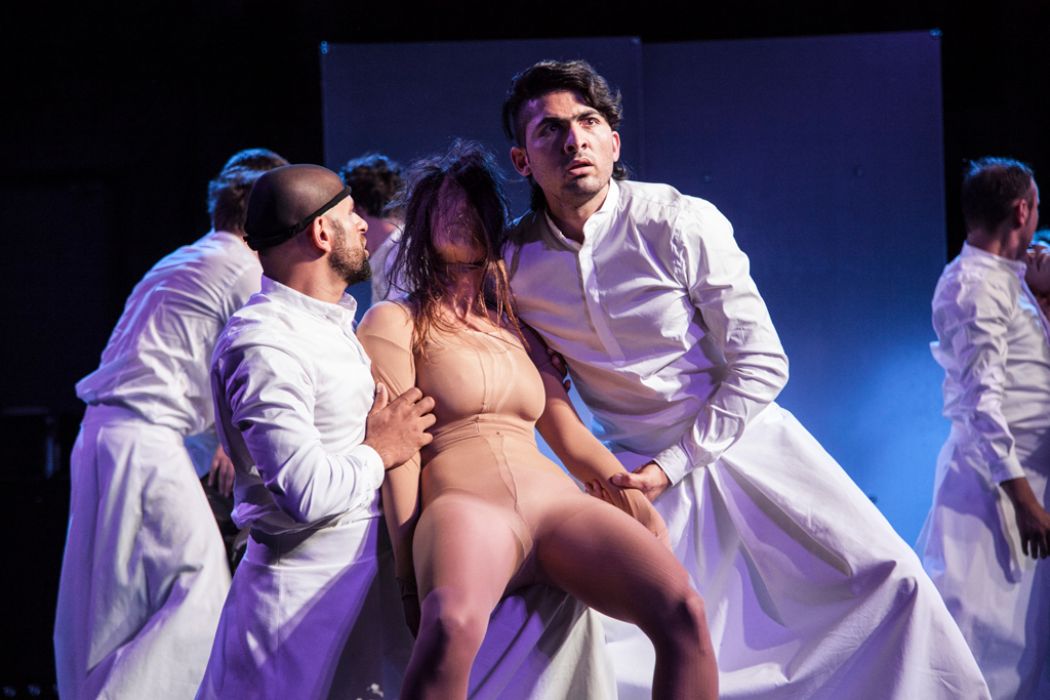 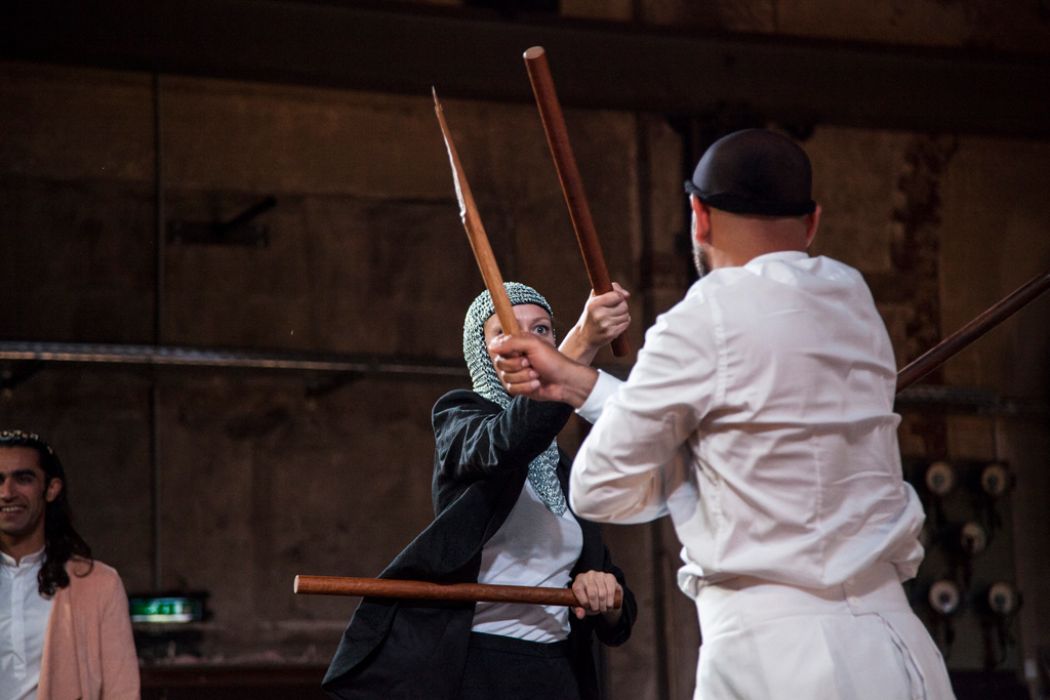 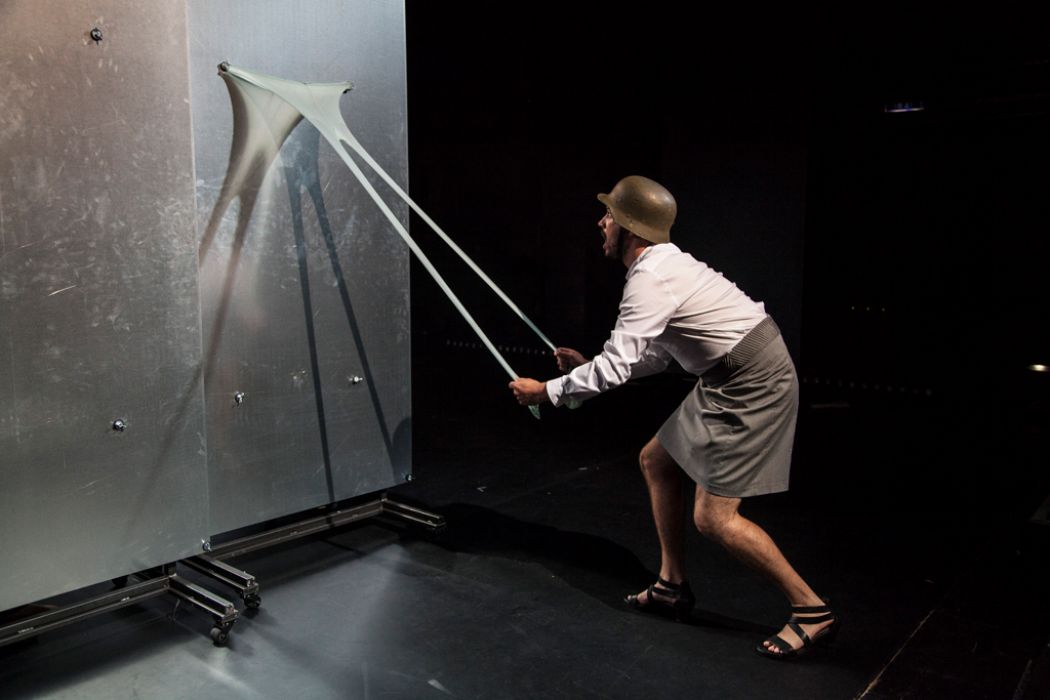 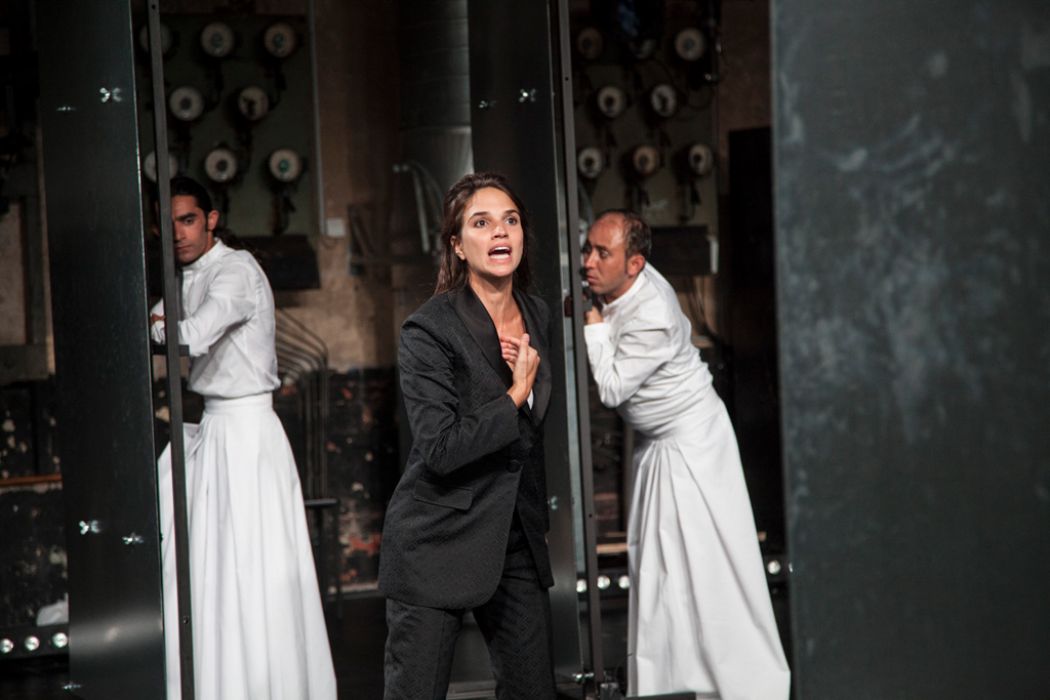 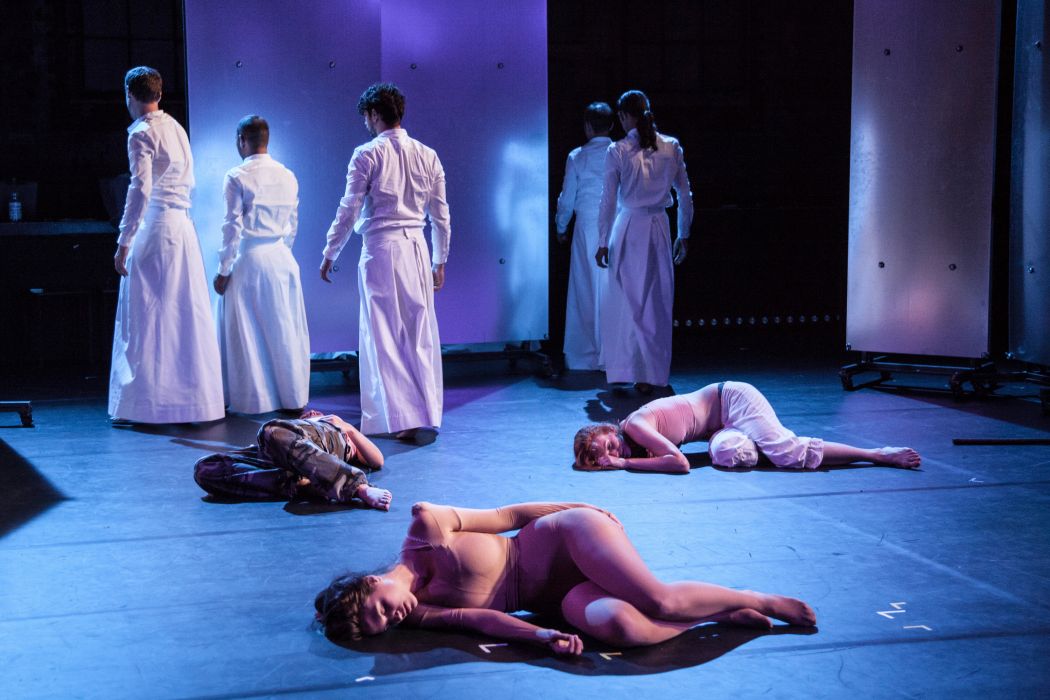 A transnational theatre project by Robert Schuster and Julie Paucker

Malalai of Maiwand, also known as the "Afghan Jeanne D'Arc" was a Pashtun nurse in the Afghan revolution for independence from British colonial rule in 1880. When the Afghan fighters had lost almost all hope, Malalai fashioned a flag from her headscarf, and holding it aloft, charged the enemy. The soldiers followed her and won the day. Malalai became the epitome of female courage and determination. Today numerous women's rights organisations are named after her. Even the Nobel Peace Prize winner Malala Yousafzai, who survived an attack by the Taliban in 2012, shares her name.

The Afghan legend, the French legend and the German drama by Schiller lie at the centre of this theatrical performance. Both legends have had a nation-building function, both have been exploited by nationalistic and religious-fundamentalistic forces. French, Afghan, German and Israeli actors with Muslim, Jewish, Christian and atheist backgrounds have teamed up to highlight the mythically and politically charged iconic figure of the female holy warrior and freedom fighter.

In 2016, we developed a production titled "KULA – To Europa". However, the Afghan theatre group AZDAR were denied entry visas. The result was a performance about what goes missing when borders are closed. Despite this setback, the KULA production team decided to continue collaborating with the Afghan artists, because, "the most beautiful and strongest response to mechanisms of isolation and withdrawal is successful cultural exchange". In the meantime, the German authorities have confirmed that the necessary entry visas will be issued this time around.

A production by the DNT and Kunstfest Weimar and the KULA Compagnie wir Azdar Theatre (AFG), in co-production with the Schauspielhaus Bochum, Theater Chur (CH) and AZA (F).

Funded by the German Federal Cultural Foundation and the Goethe-Institut.