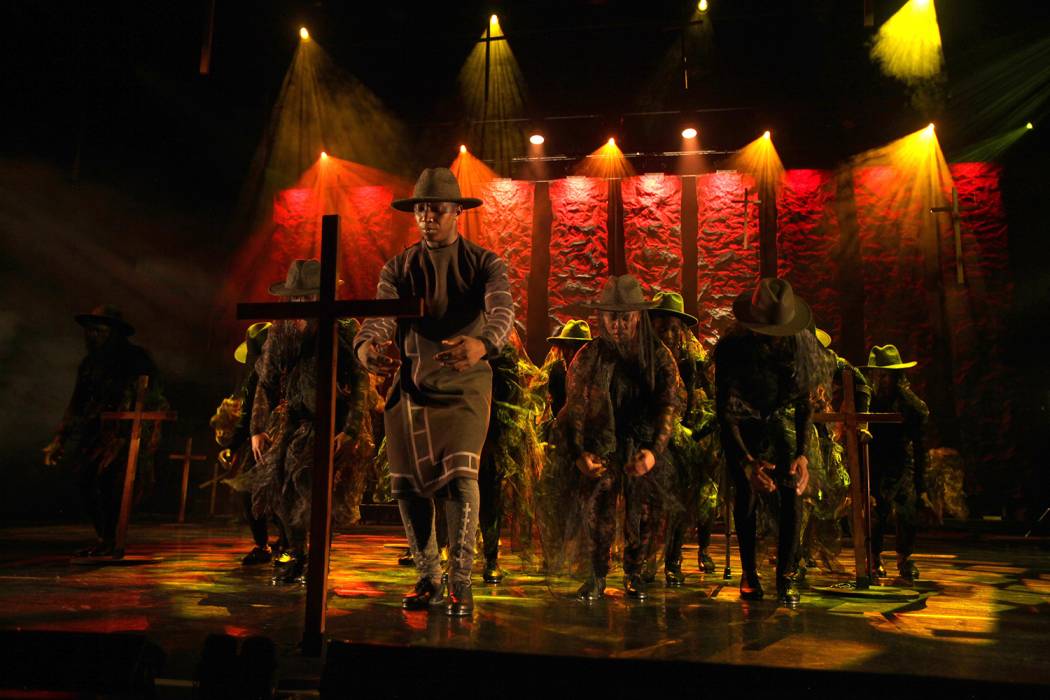 The superstar of South African dance with a fusion of Ravel’s classical Bolero and fascinating, traditional A cappella // Gregory Maqoma | Vuyani Dance Theatre

Toloki has a job that we have almost forgotten: As a professional mourner, he laments the dead. He appeals to human beings’ ability to stand together and to bear the burden of grief collectively. He is the protagonist in two of the acclaimed novels by the South African writer Zakes Mda. Gregory Maqoma has focussed on this character and made him the central figure of his choreography CION. Toloki inhabits an intermediate world spanning both past and present: simple wooden crosses can be seen on stage – a poor cemetery? A field of fresh graves? The evening opens with wails of grief. Soon they will give way to traditional South African a cappella song – performed by a live quartet.  Their musical starting point – between grief and desperate hope – is one of the most famous works of the classical repertoire: Maurice Ravel’s »Boléro«.

Originally written as ballet music, in this evening it forms the core of a requiem in dance: one great, energetically thrilling memento mori. The question of the moment of death and what happens afterwards is both a lamentation and an exuberant celebration of life. The title is a reference to the African Apostolic church of that name, but also to Mount Zion – the »heavenly Jerusalem« that is a future community of those redeemed by God. After enjoying great success at several major international festivals from Johannesburg to Marseille and from London to Amsterdam, Gregory Maqoma, currently southern Africa’s pre-eminent choreographer, and his company Vuyani Dance present the German Premiere of CION in Weimar.