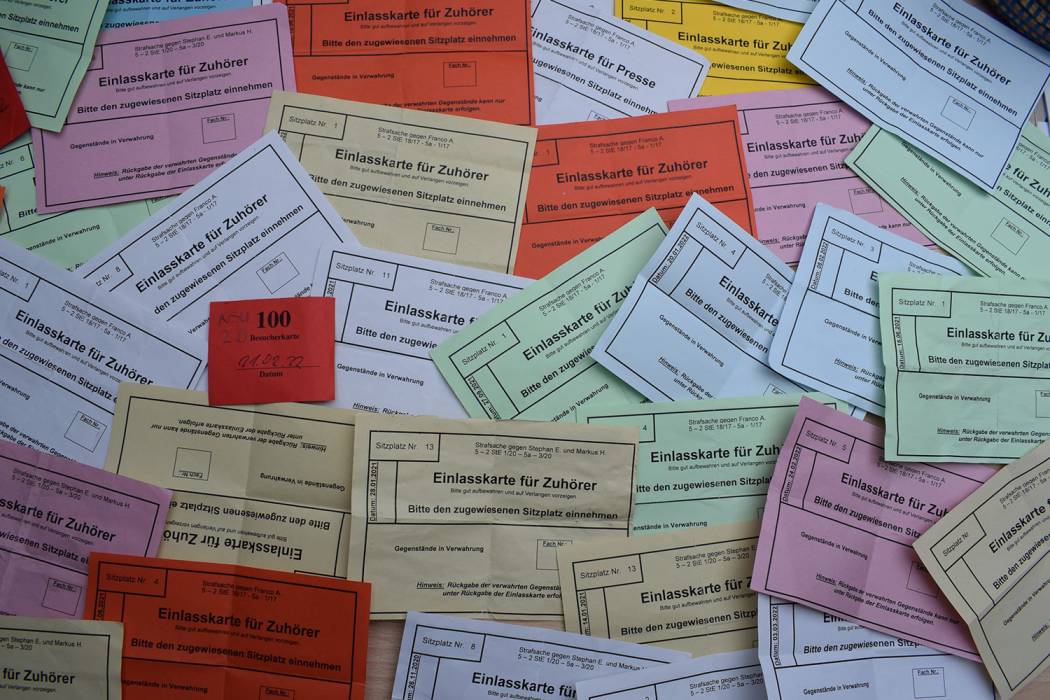 KUNSTFEST WEIMAR once again tackles right-wing terror in Germany and how this is dealt with in society, politics and in the courtroom. In »Werwolfkommandos – Die Performance« director Marie Schwesinger and her team focus on two criminal trials they have followed in Frankfurt am Main: the trial about the murder of Walter Lübcke and the attack on Ahmed I., as well as the trial against the German Army soldier Franco A.

In »Werwolfkommandos – Der Diskurs« the thematic field is expanded and other trials are taken into focus: the trial against the right-wing extremist shooter of the synagogue, the Kiez-Döner and other places in Halle as well as the NSU 2.0 trial. On the basis of this research, the team around Marie Schwesinger and the dramaturges Julia Just and Fabiola Eidloth develop artistic-discursive formats, which they present on 14 evenings at Weimar's Theaterplatz, in Weimar West and Schöndorf, in Erfurt, as well as live in a radio broadcast.

In staged readings, actors in collaboration with Weimar citizens highlight specific aspects of the trials and examine related topics, such as the intertwining of rightwing extremism and antifeminism, as well as historical cross-connections of anti-democratic violence.

In panel discussions, experts, journalists, and those affected will discuss the legal handling of the cases and point out backgrounds as well as gaps in the trials.

The title »Werwolfkommandos« refers to the terrorist organization »Werwolf«, founded by Heinrich Himmler in 1944 and to the continuities of right-wing terror until today.