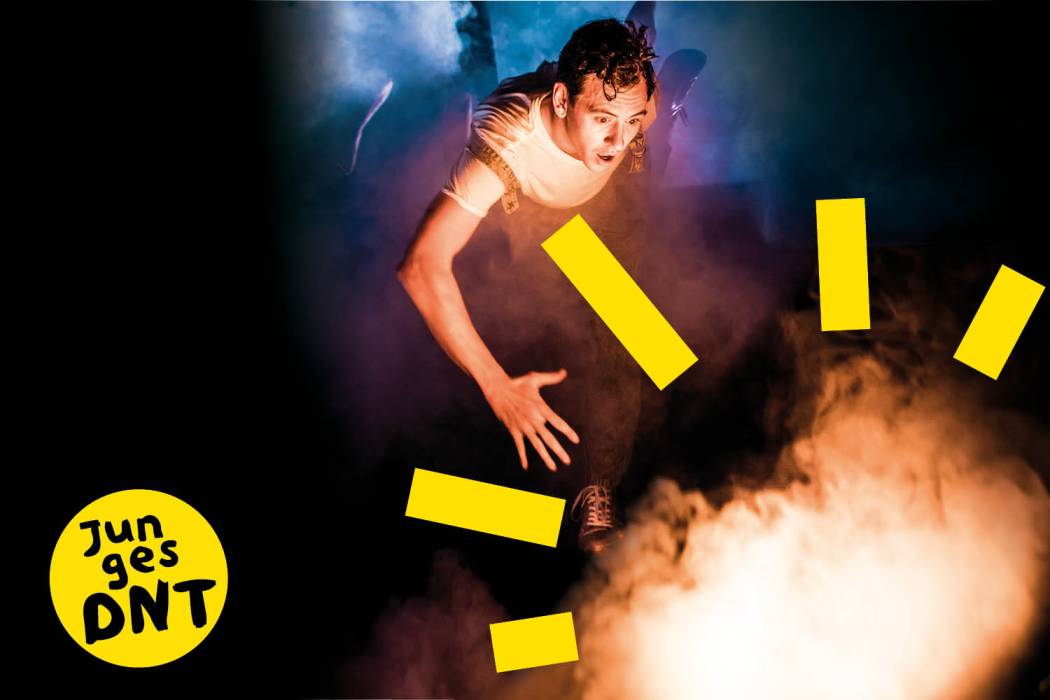 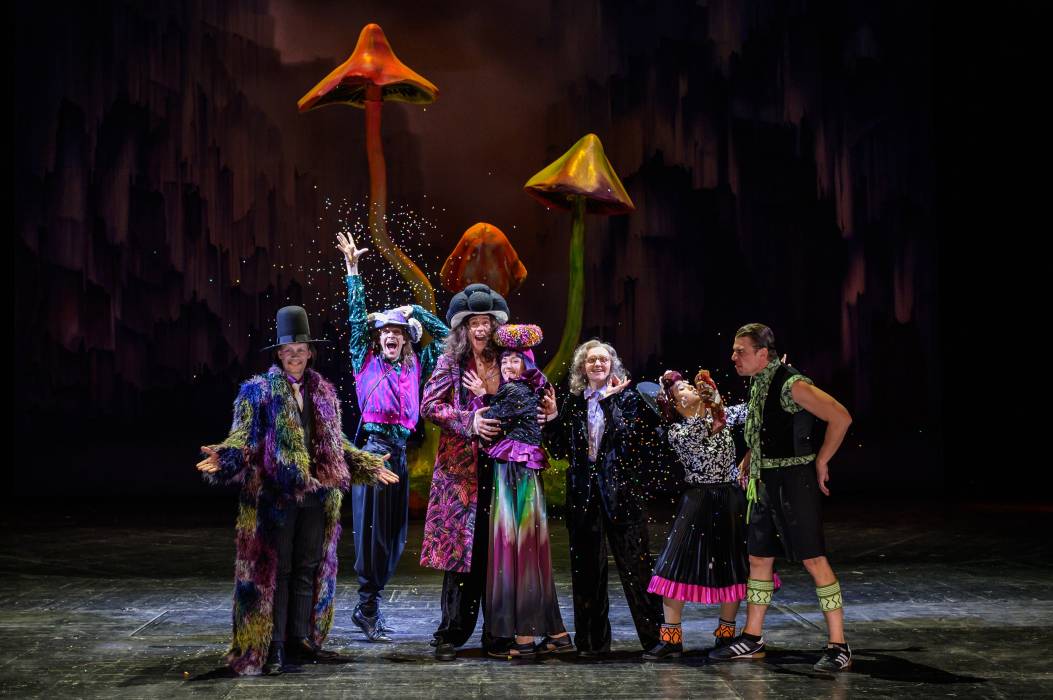 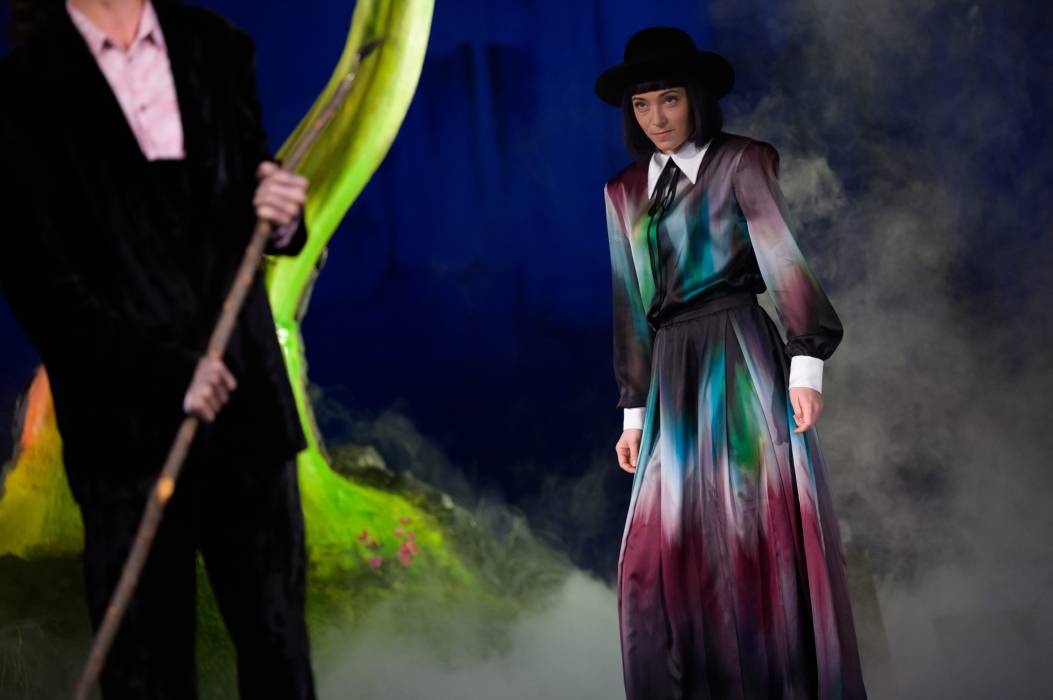 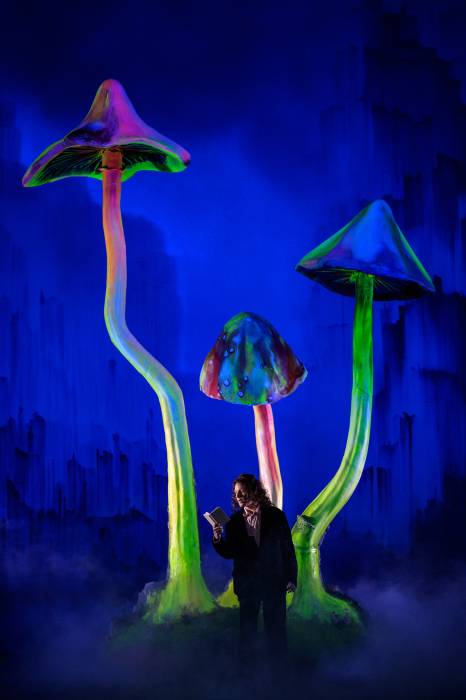 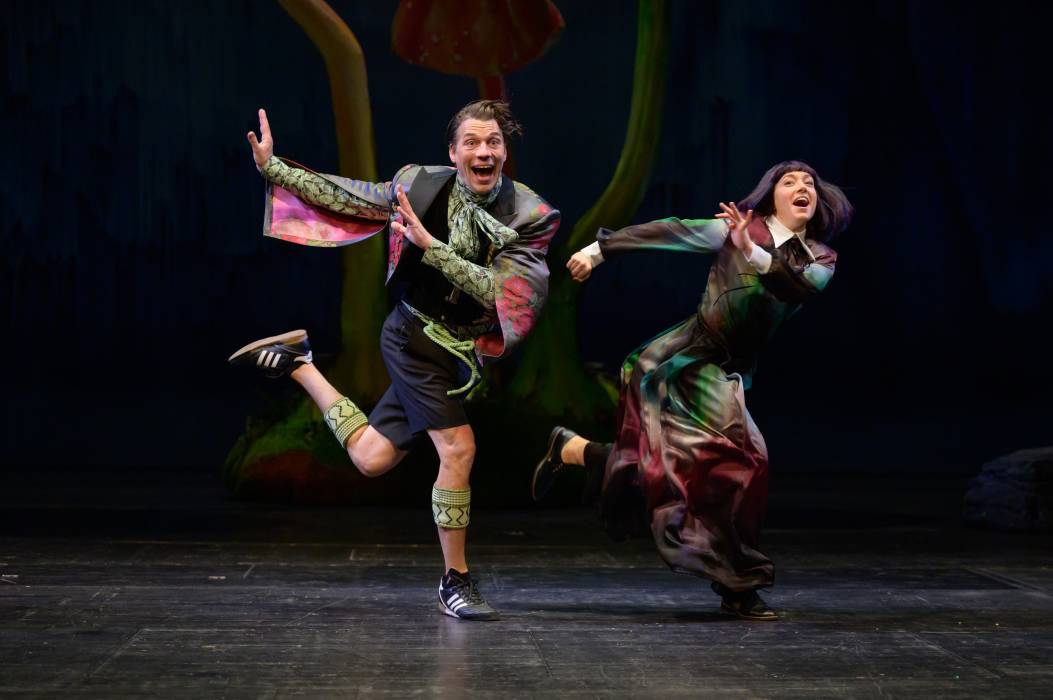 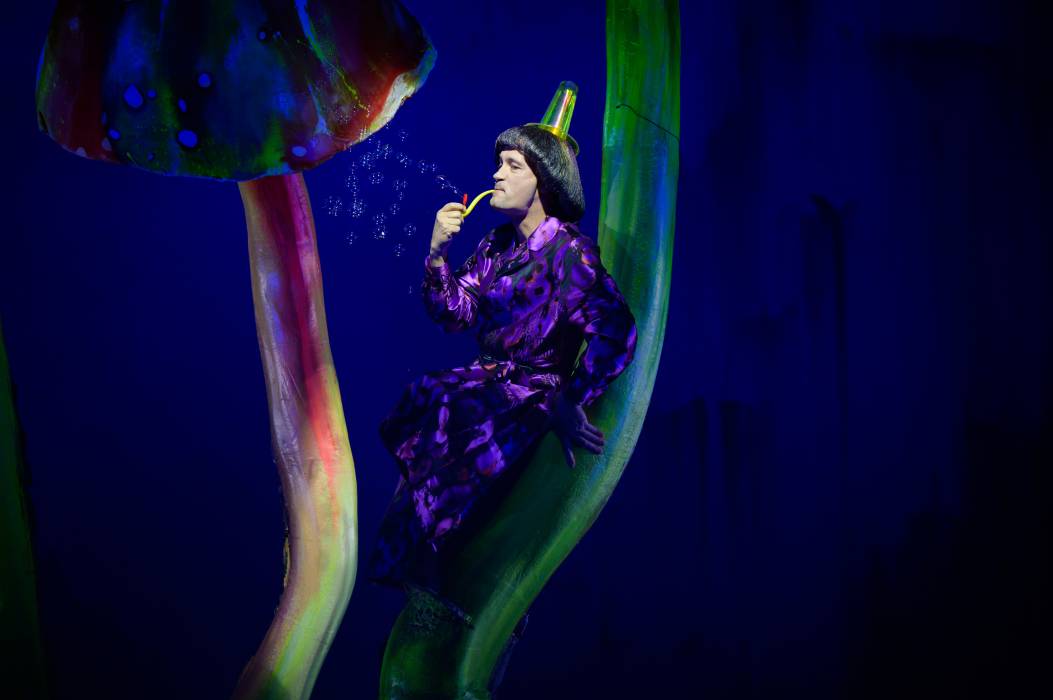 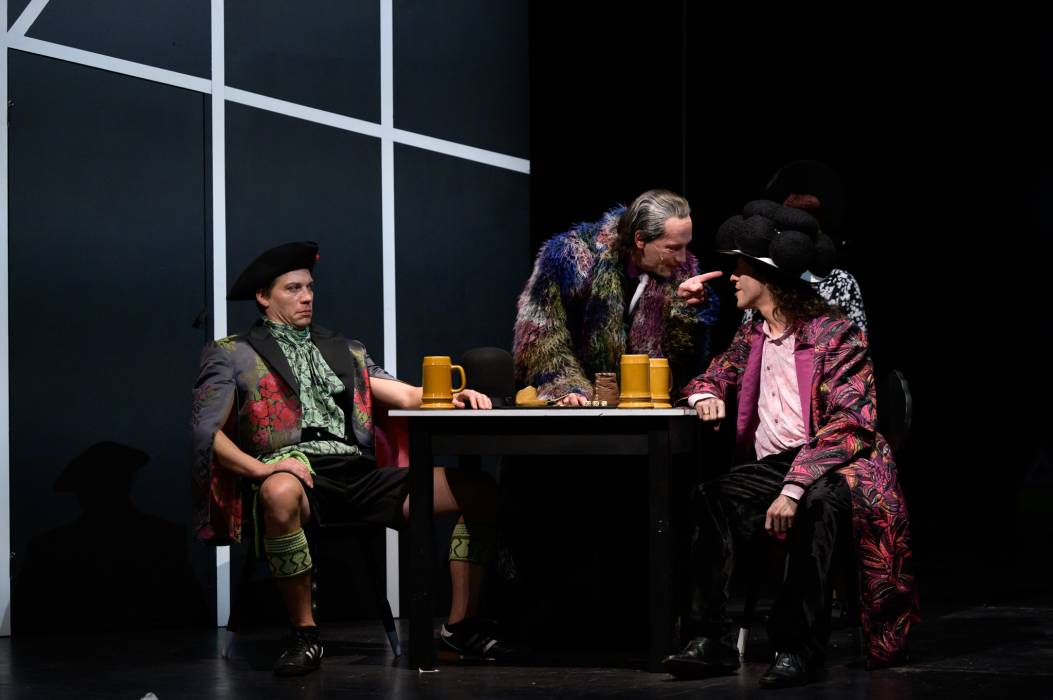 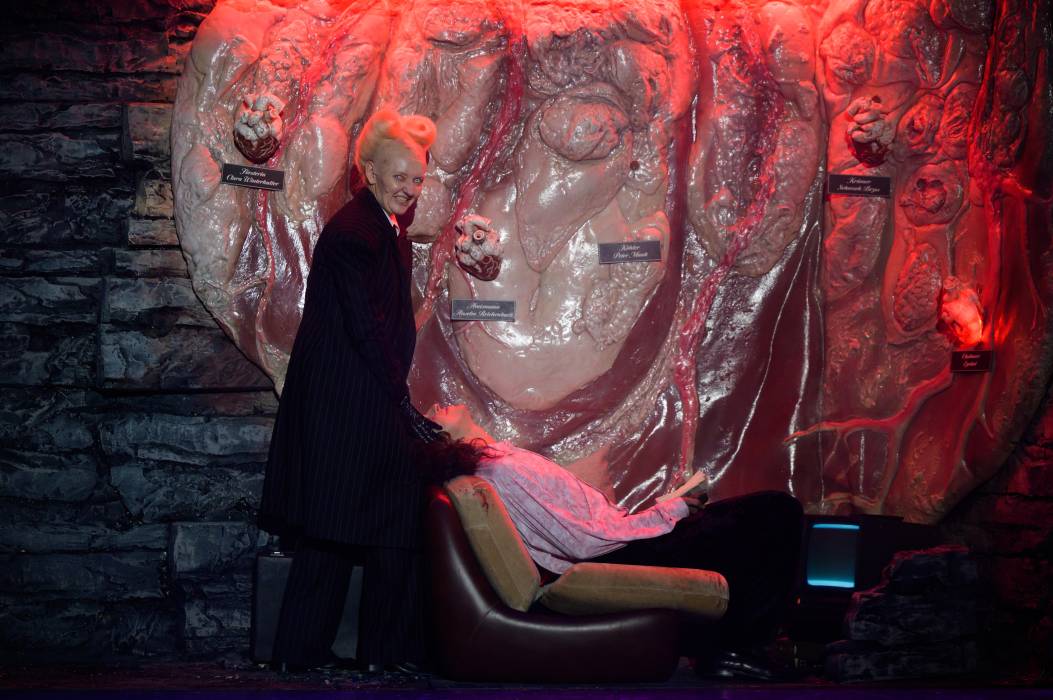 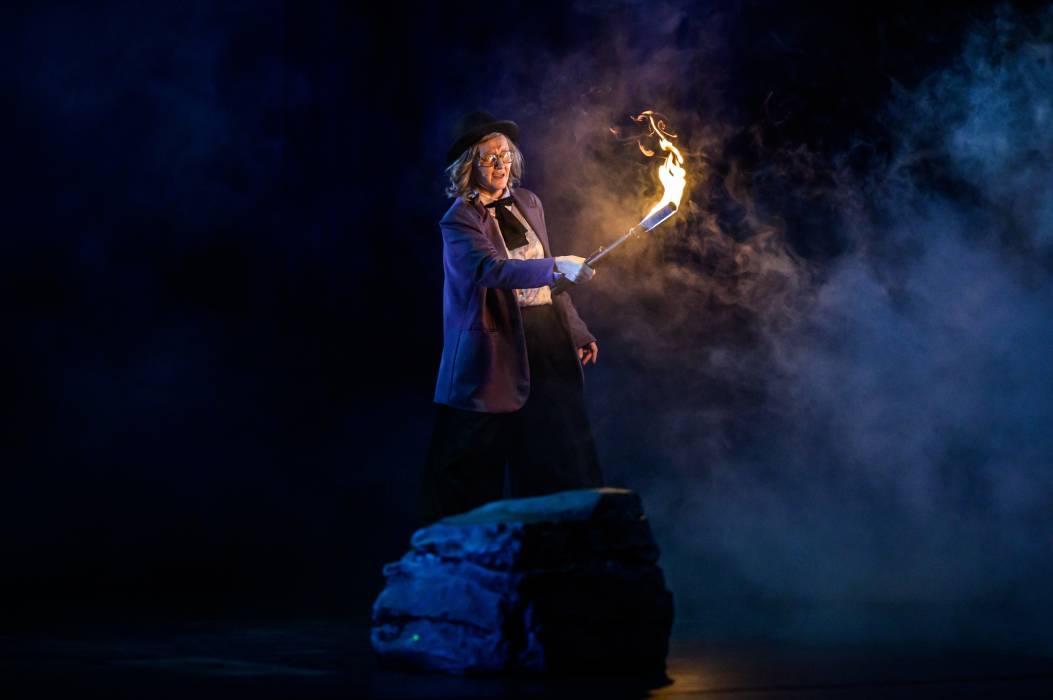 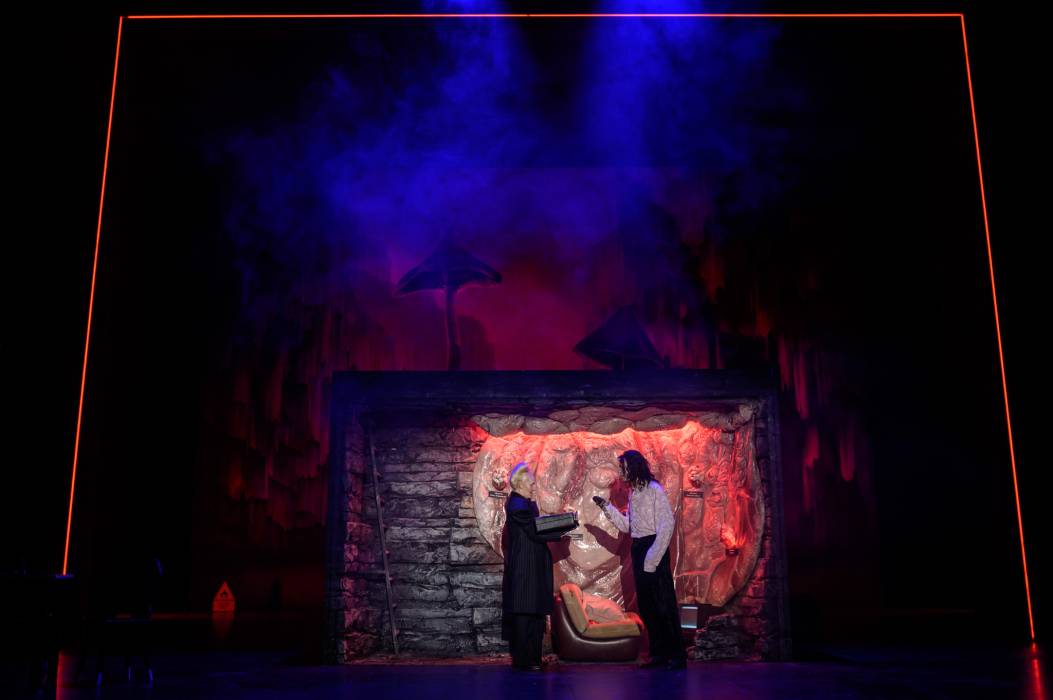 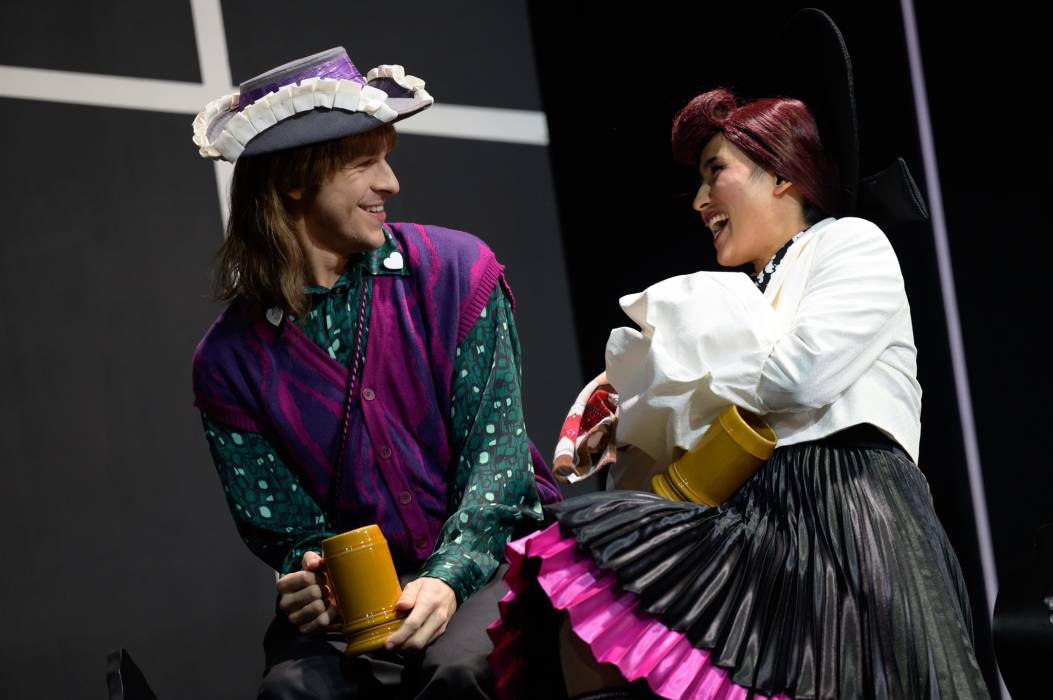 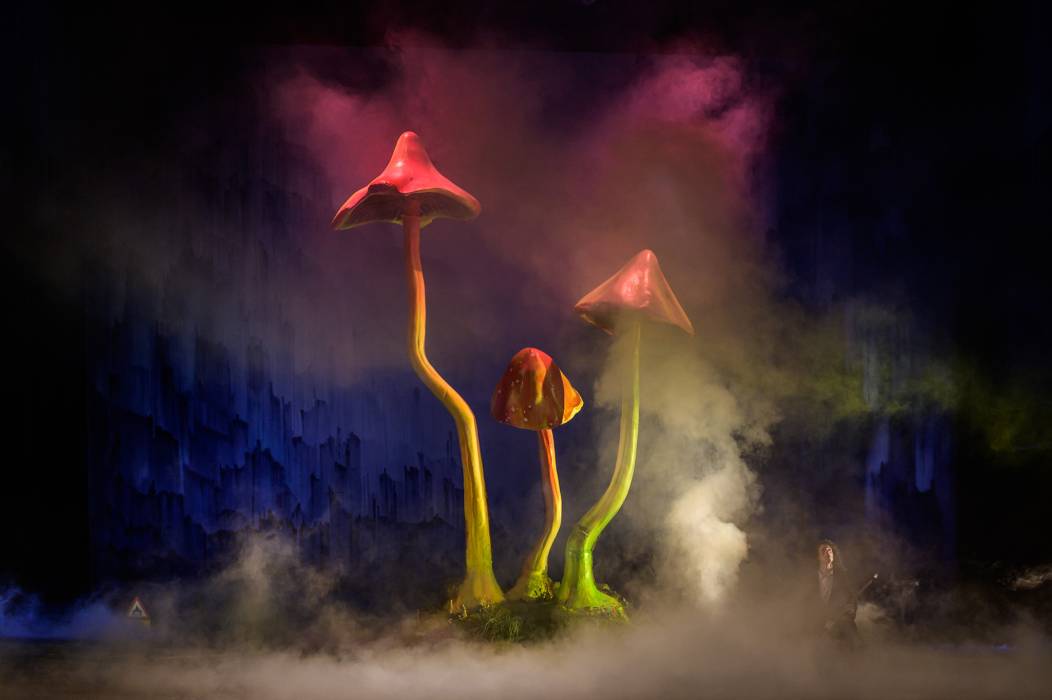 Family play based on the fairy tale by Wilhelm Hauff

Peter Marmot dreams of a better life! While he toils hard every day as a charcoal burner and the money is still barely enough to feed himself and his mother, the Dance Floor King and Ezekiel, the wood merchant, are positively rolling in wealth: they can afford splendid clothes, a beautiful house and dice games at the inn. That's what Coal-marmot Peter wants too! He therefore seeks out the little glass-imp, who grants three wishes to Sunday children like Peter. And Peter wishes to always have as much money in his pocket as Ezekiel and to be able to dance like the Dance Floor King in order to finally attain social standing. Only reluctantly does the clever little glass-imp fulfil Peter's desires and makes him the owner of a glassmaking shop. But Peter soon neglects his new business and instead devotes himself only to gambling. Peter is as poor as before. In desperation, he turns to Dutch-Mike, a forest spirit who is in league with the devil. Dutch-Mike promises him endless wealth but demands his heart in return. Peter enters into this pact and receives a simple stone in return for his heart. His pockets full of money, he thus lives for some time with his wife Lisbeth. But the stone in his chest turns him into a stingy, joyless and vicious man. Only when Peter loses Lisbeth and feels no real grief does he realise what he has lost in his barter deal with the evil forest spirit. Then the little glass-imp reminds him of his third and final wish ... Can Peter persuade Dutch-Mike to give him back his heart?

In what is probably his best-known fairy tale, Wilhelm Hauff tells the story of a young man who, driven by the desire for wealth and recognition, sells his heart and only realises what he has lost when he loses his beloved. After her successful production of »A Christmas Carol«, house director Swaantje Lena Kleff stages the classic tale »Heart of Stone« in the Großes Haus. A family play for all ages 6 and up.