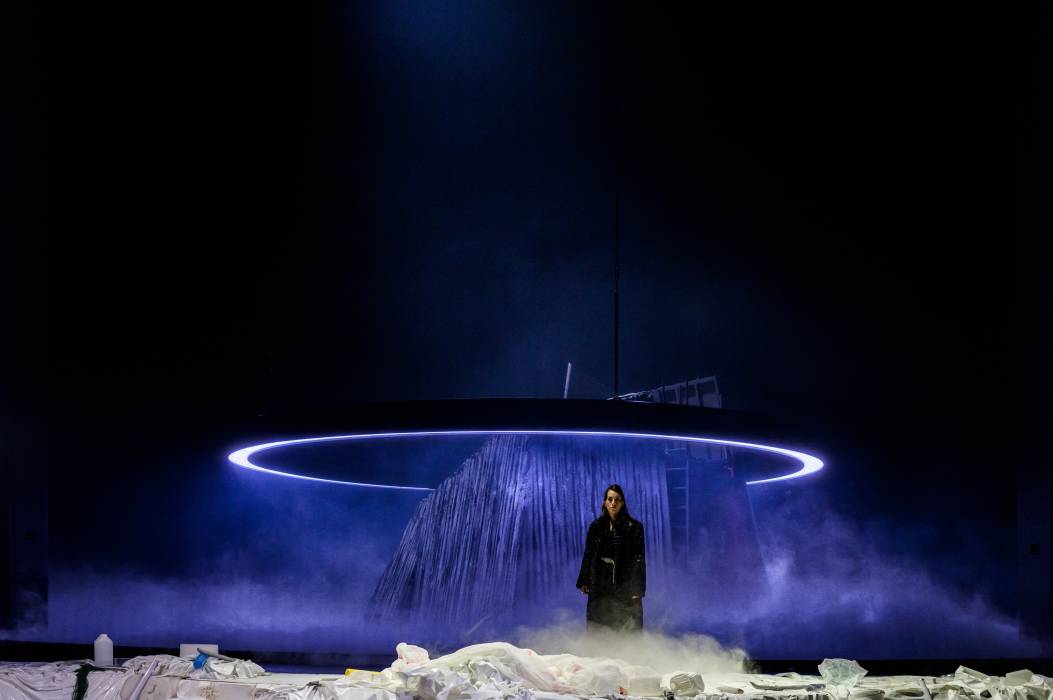 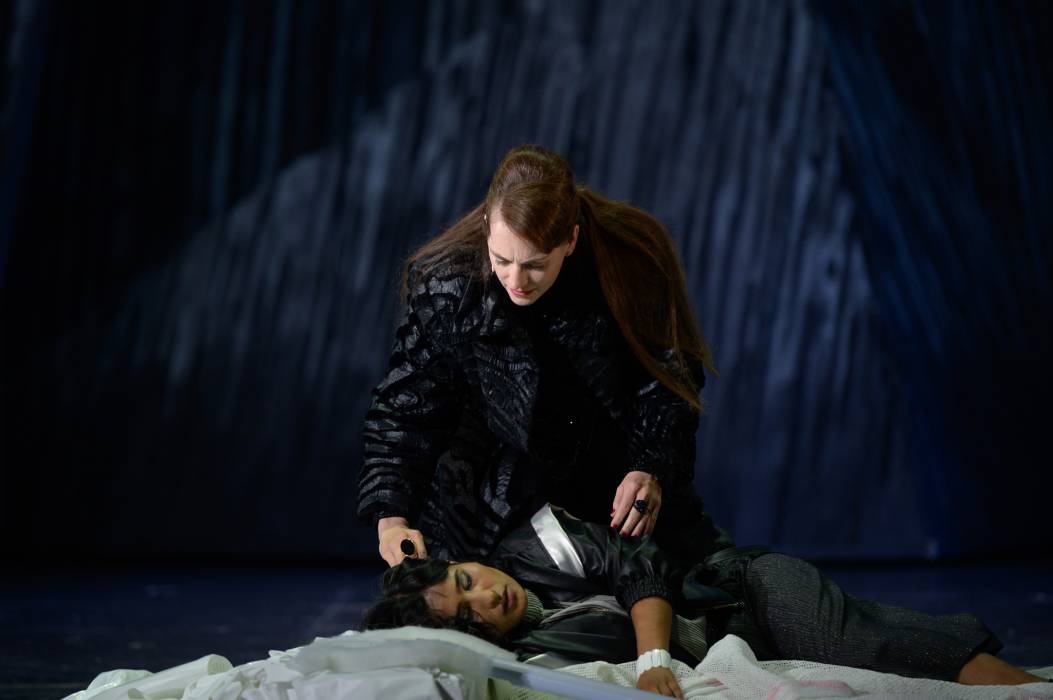 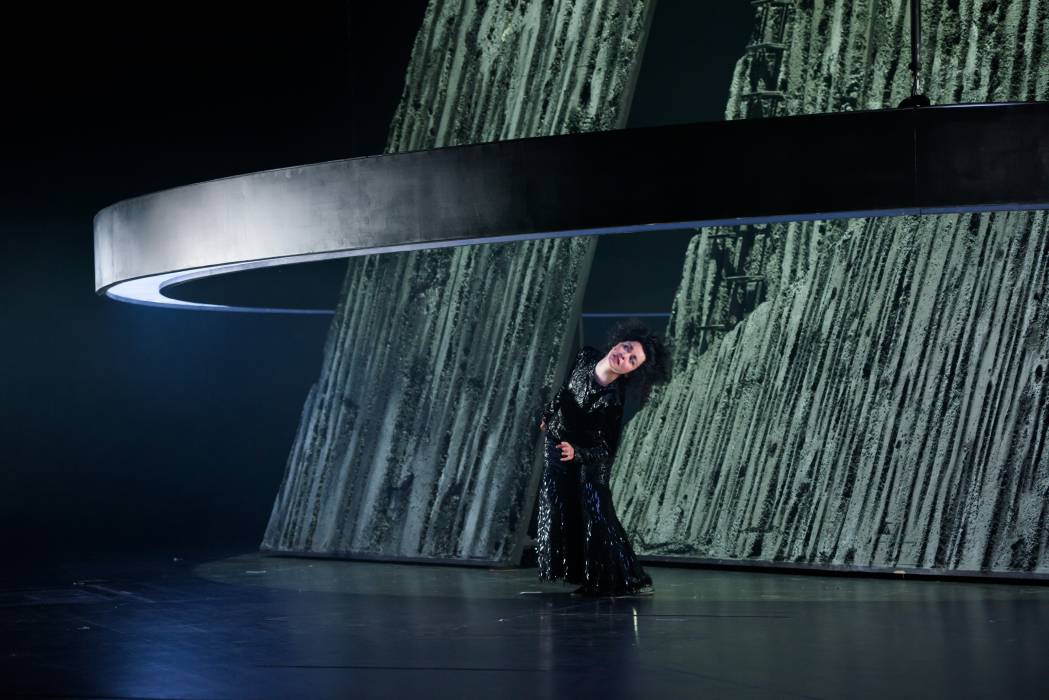 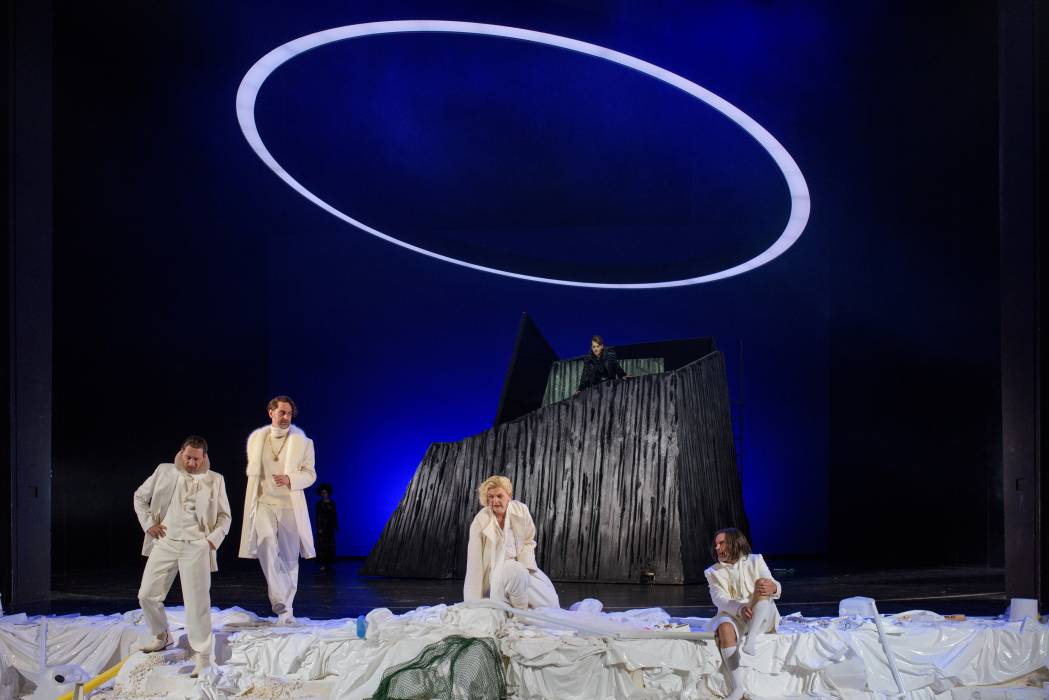 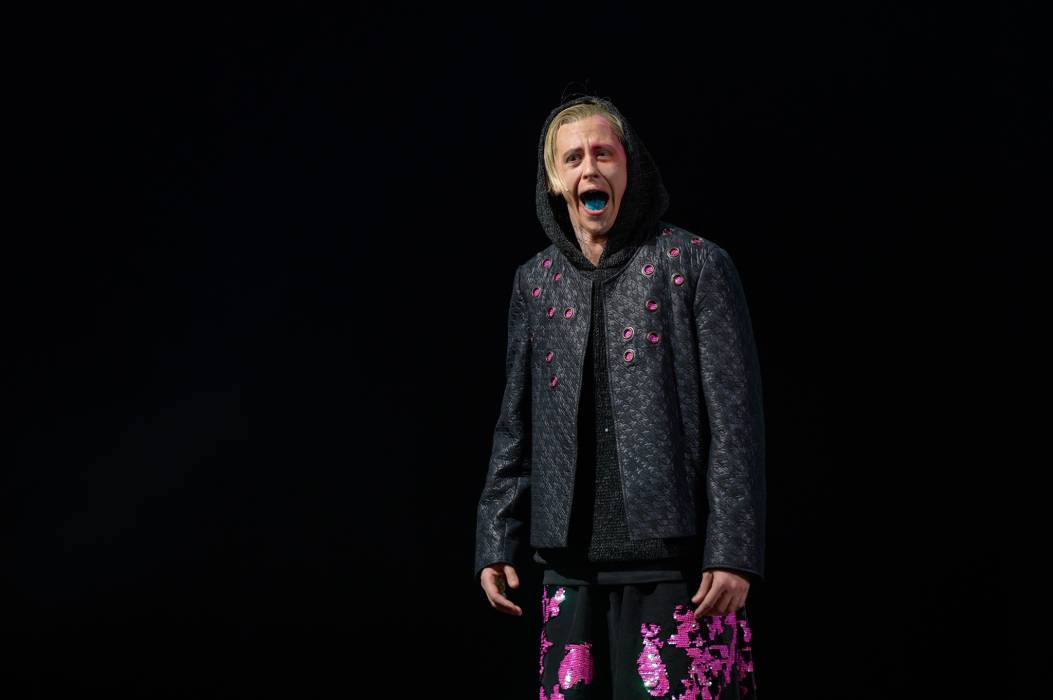 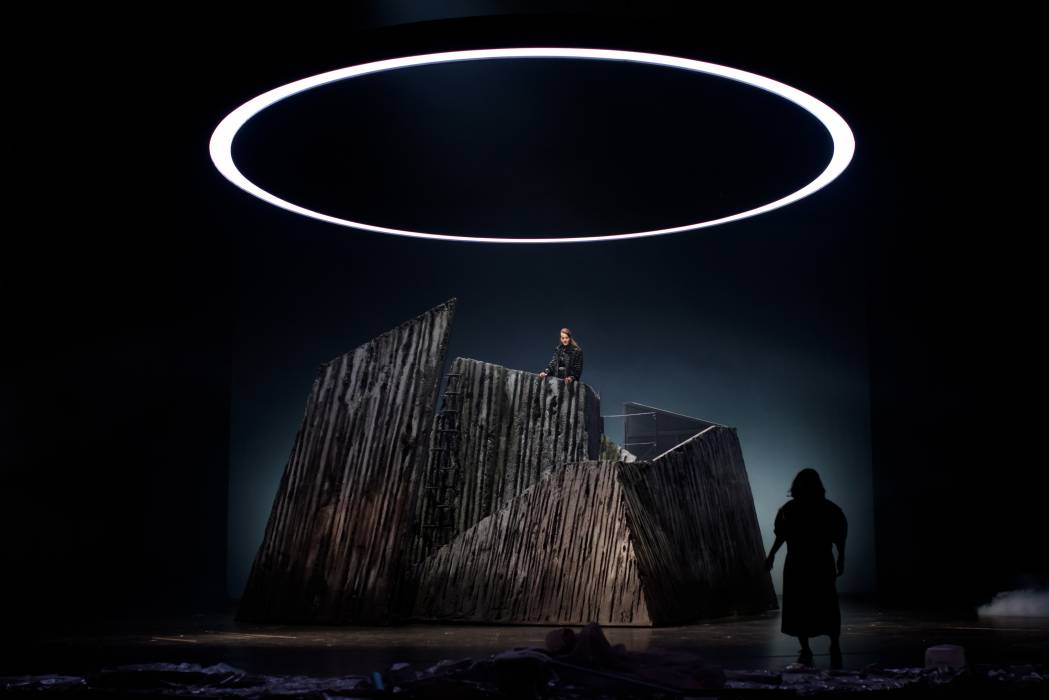 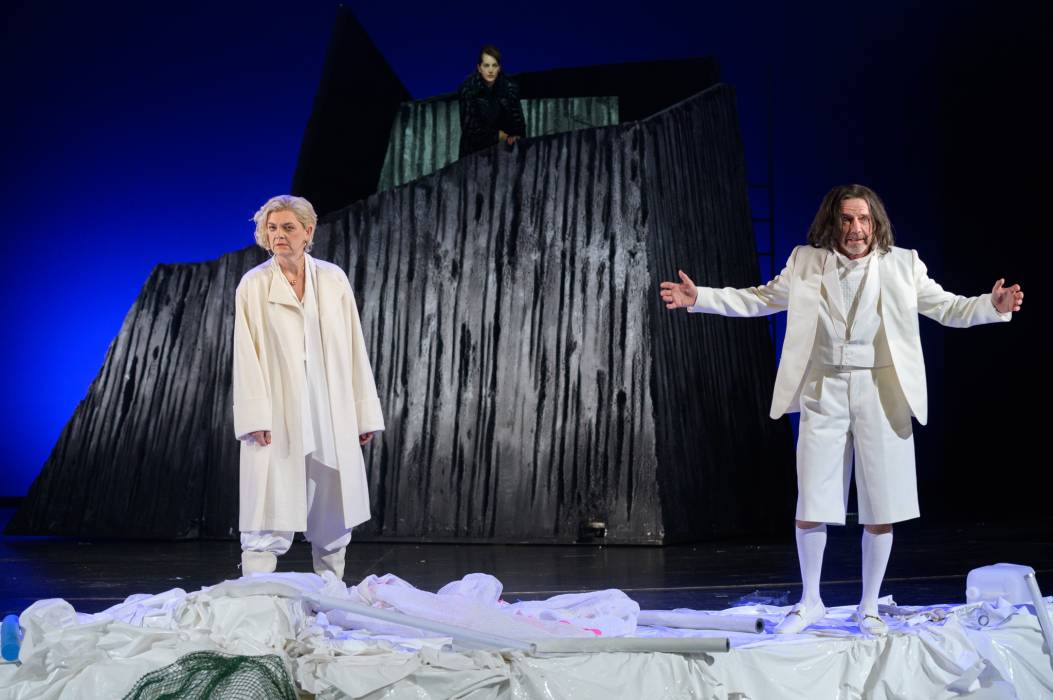 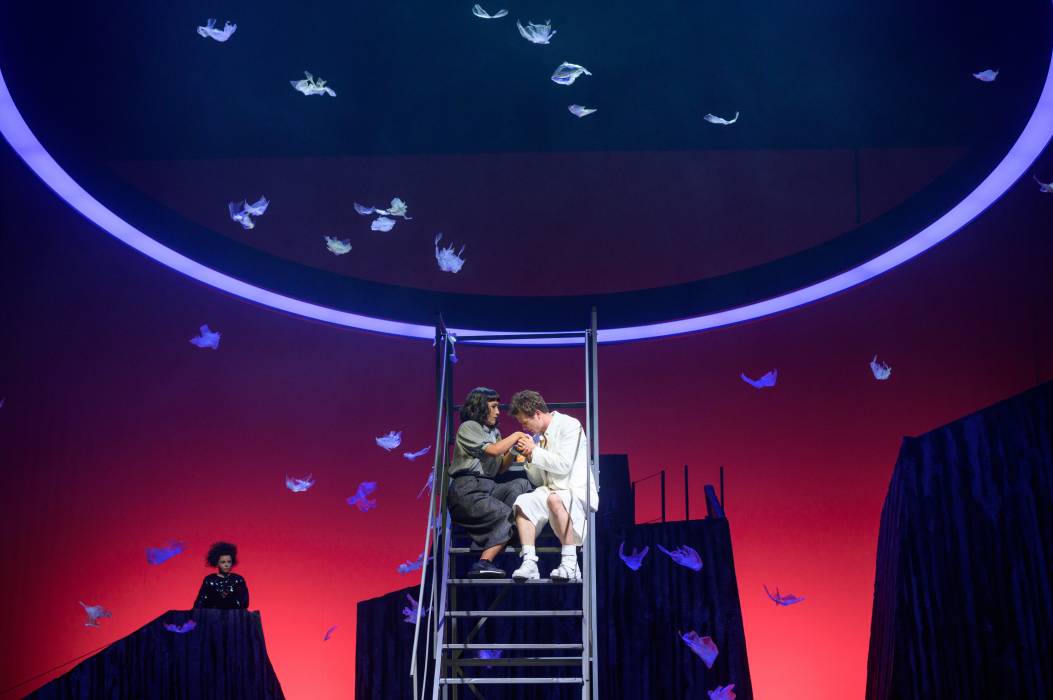 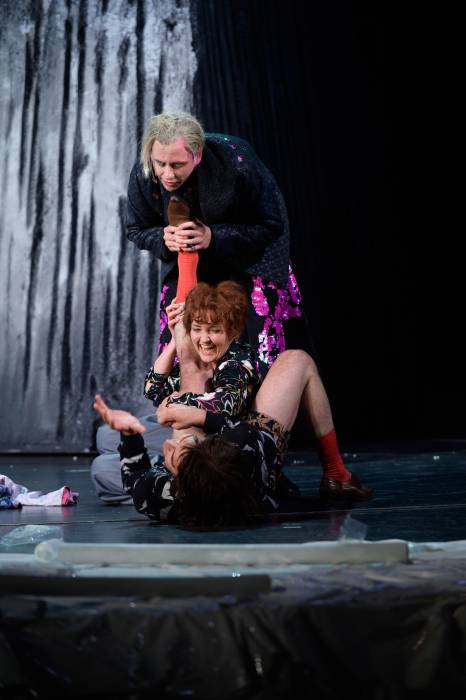 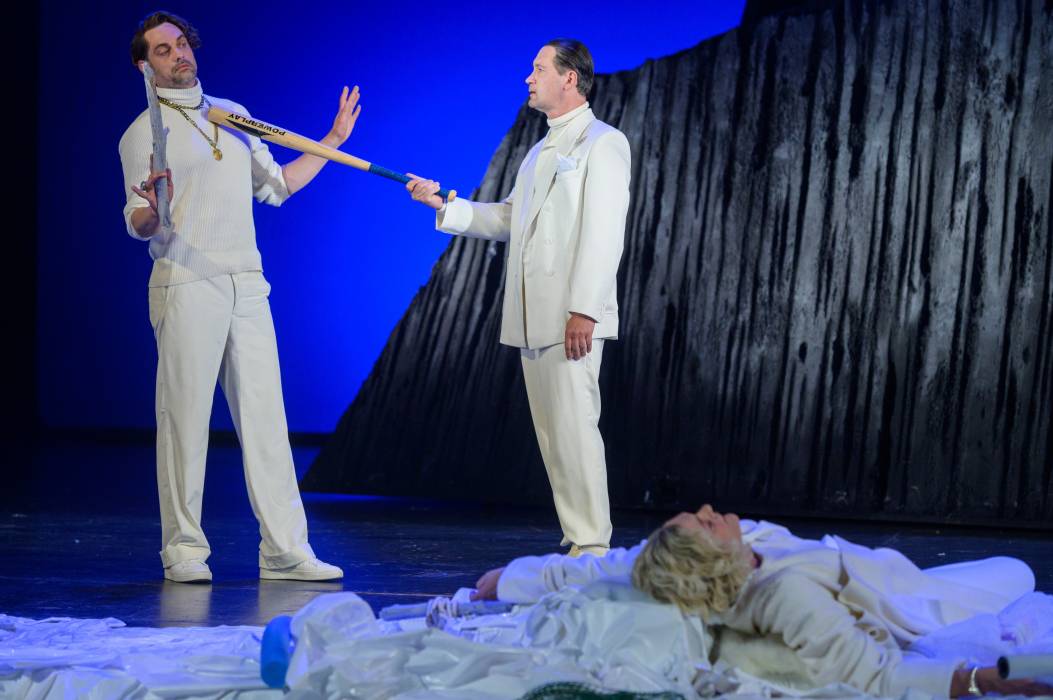 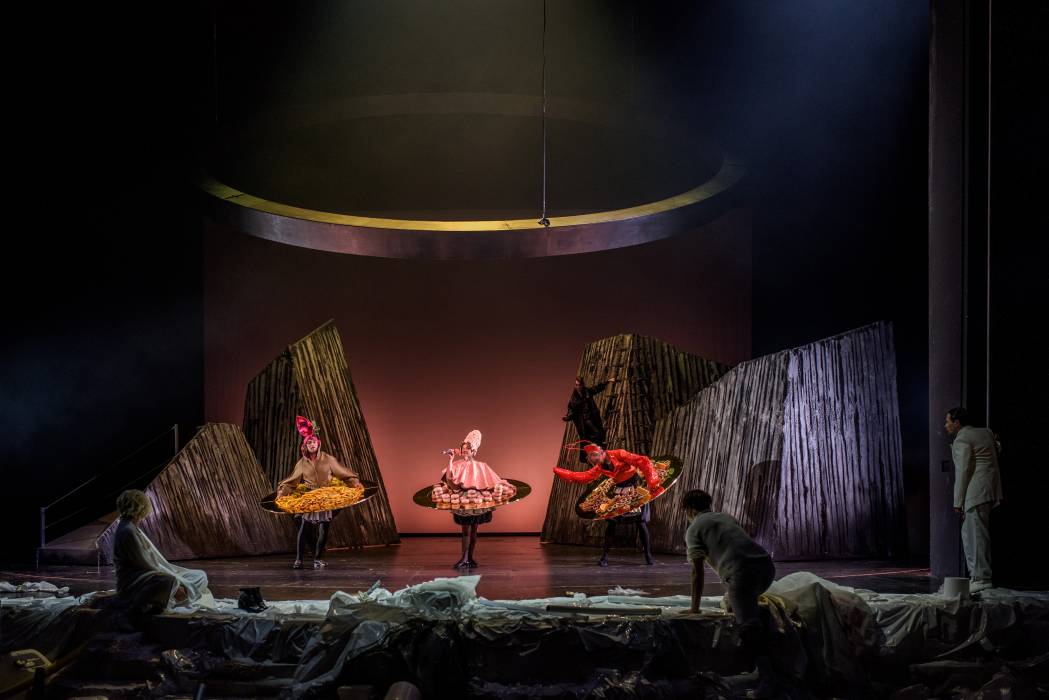 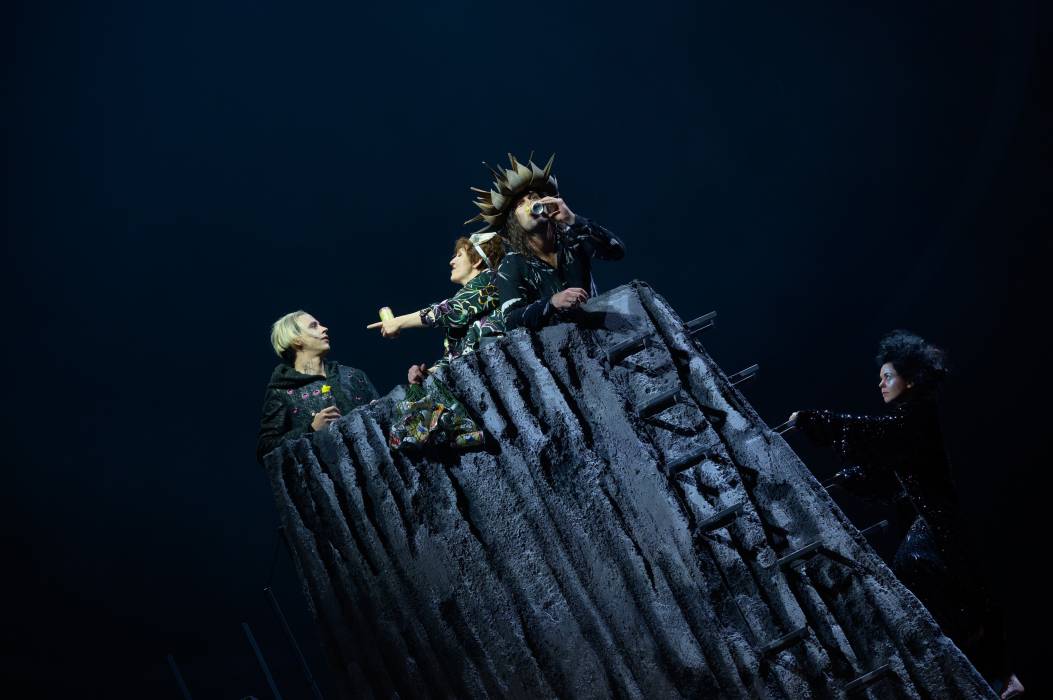 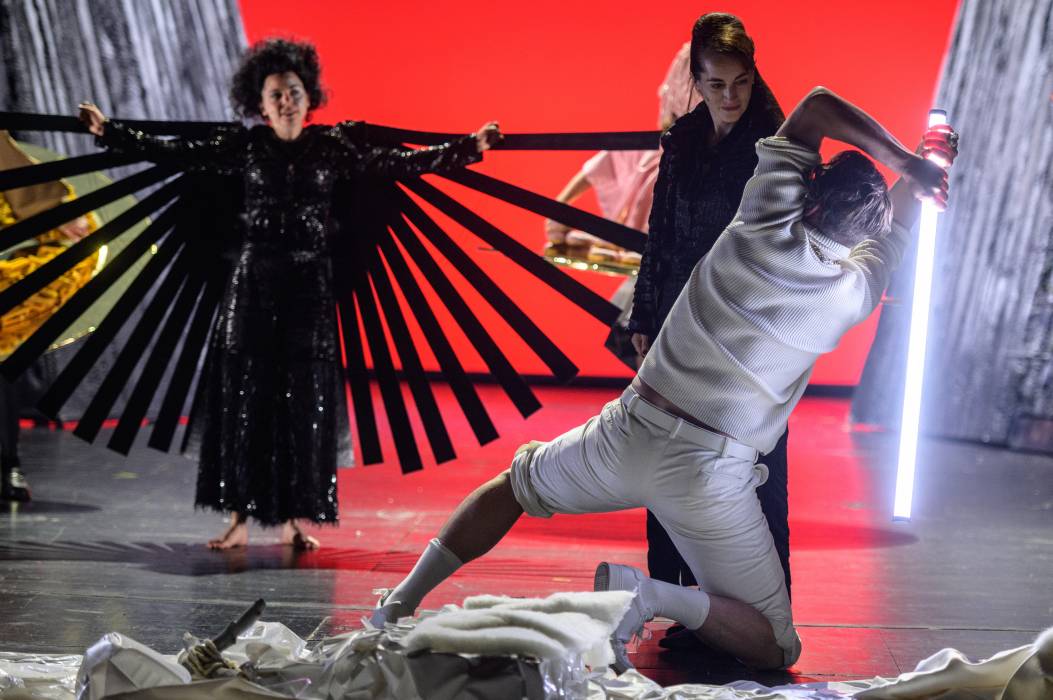 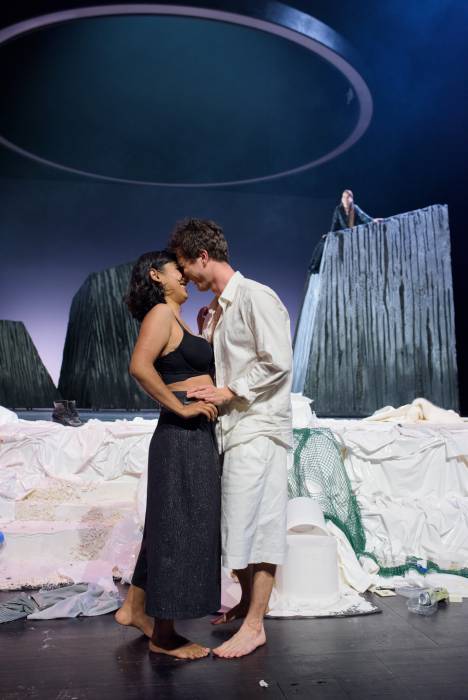 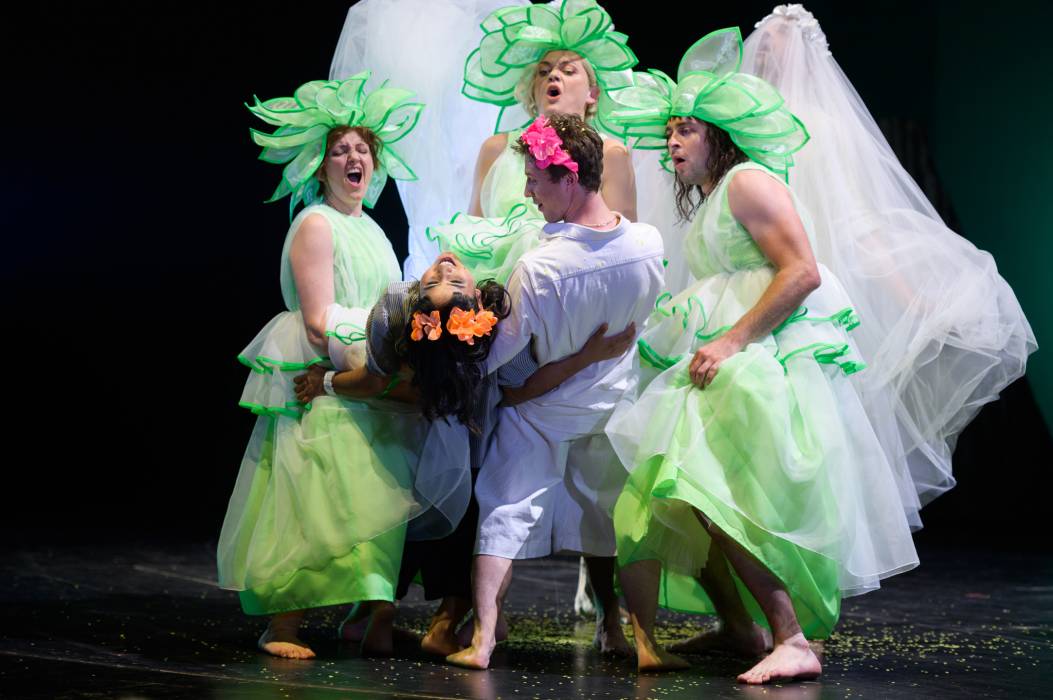 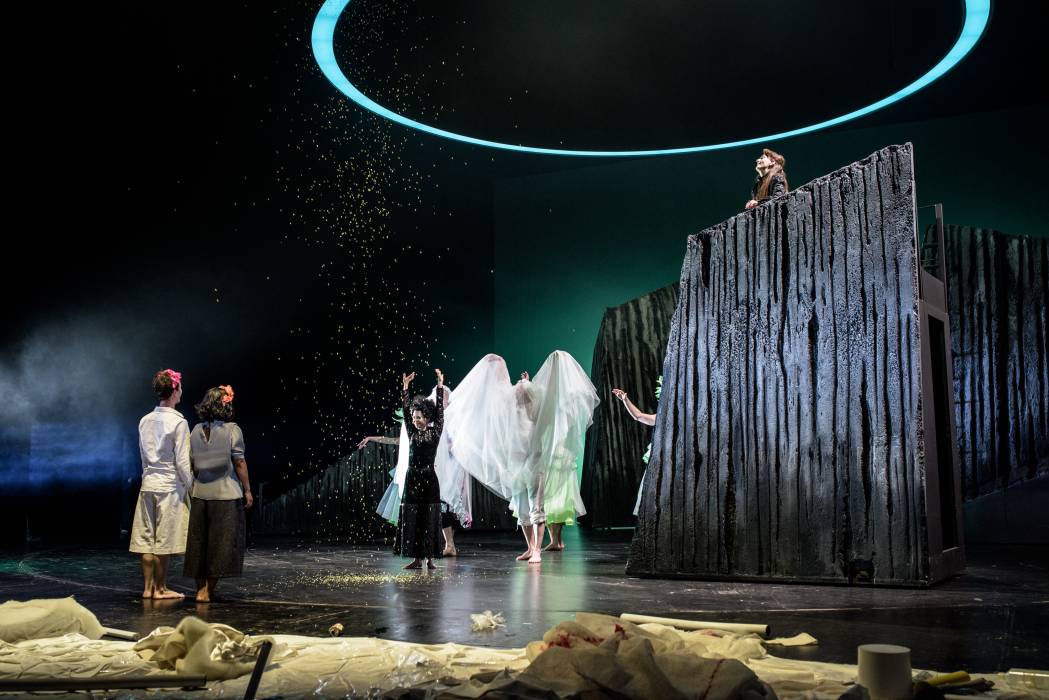 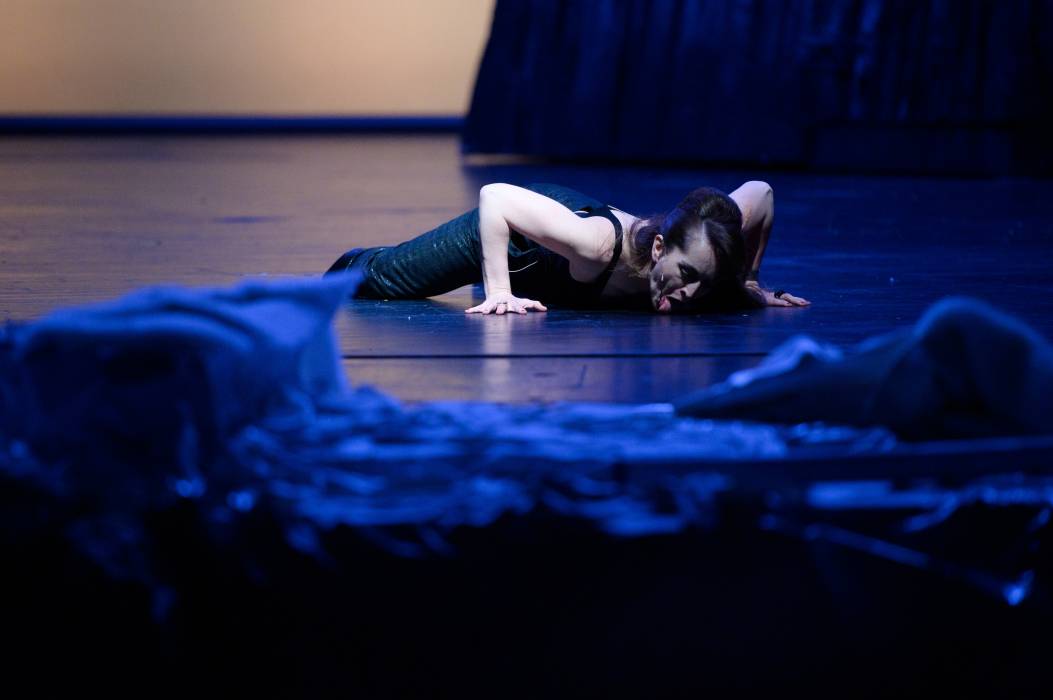 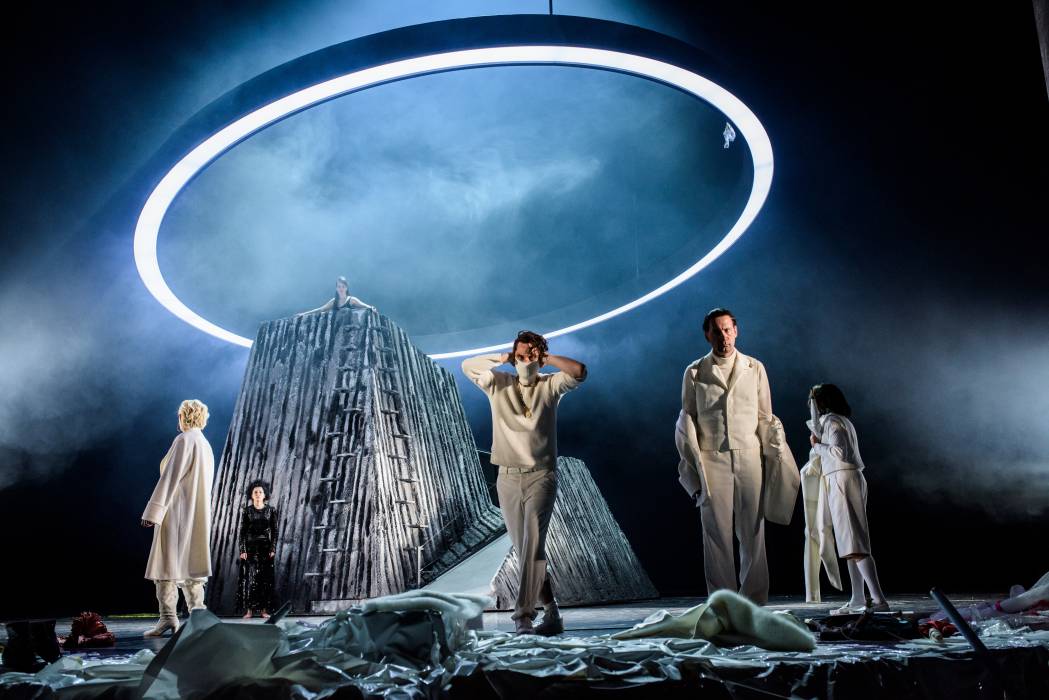 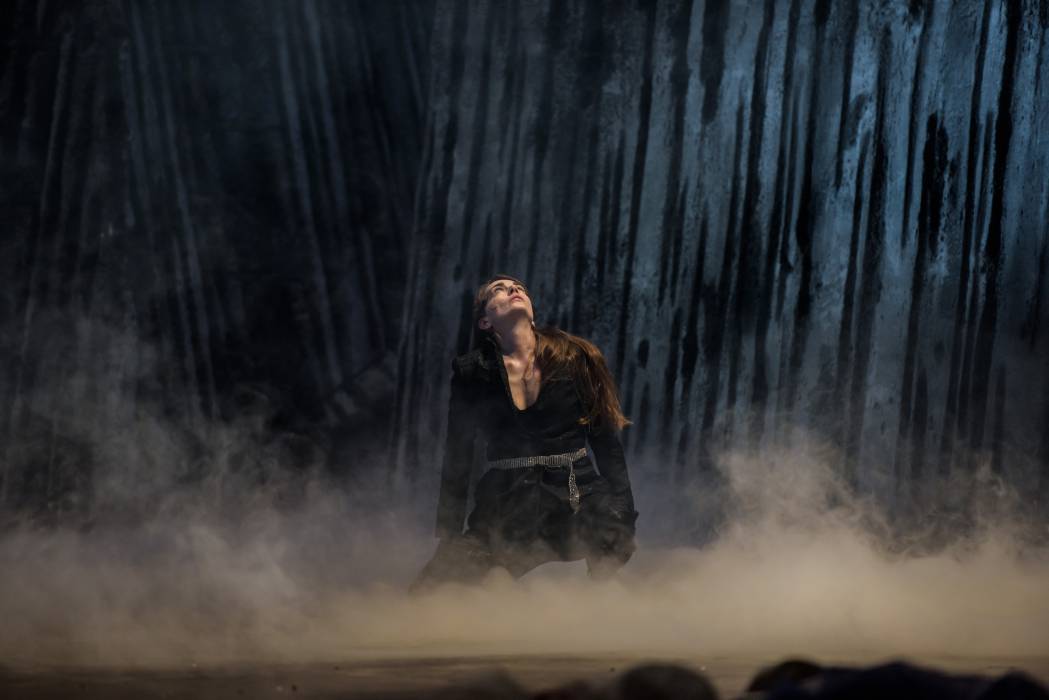 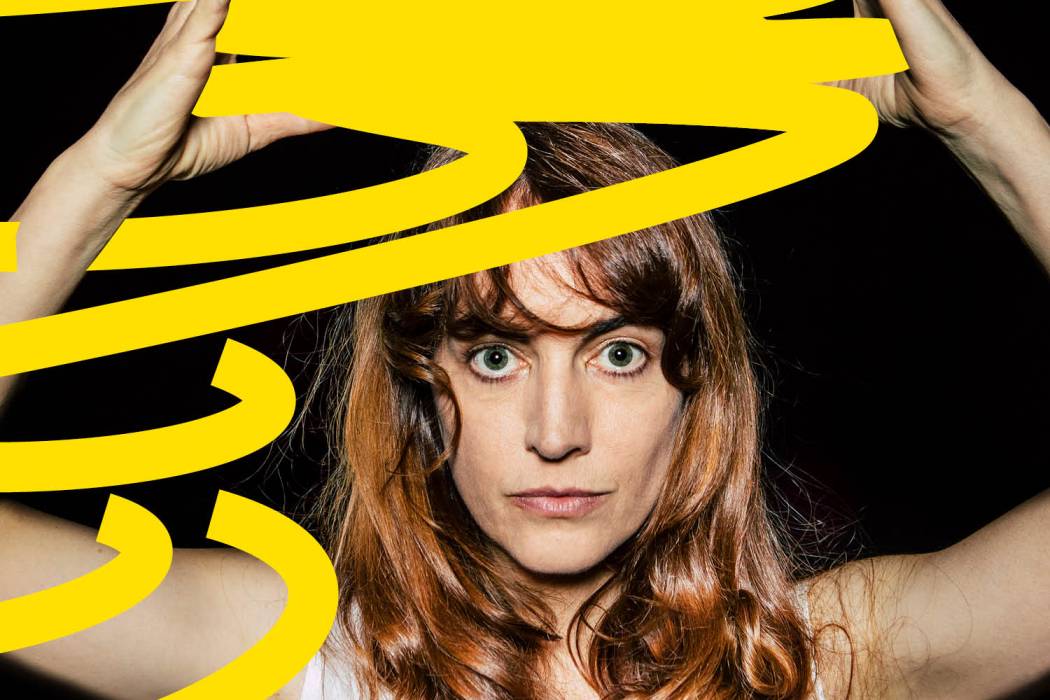 The sorceress Prospera, rightful Duchess of Milan, has been shipped off to a remote island together with her daughter Miranda as a result of a coup. Her own brother Antonio, who allied himself with Alonsa, Queen of Naples, for this purpose, shows himself responsible for this coup d'état in order to gain power himself and rule Milan. But Prospera, who in the meantime has declared herself ruler of the island and its inhabitants, devises a plan of revenge: With the help of the air spirit Ariel, she conjures up a raging storm on the open sea, where the enemies are located along with their entourage. The plan works: The entire crew unceremoniously lands scattered on the island. Prospera's disgrace is to be avenged here. In the process, Ferdinand, son of Queen Alonso, becomes a pawn in her campaign of revenge. Prospera initiates a meeting between Ferdinand and Miranda, who instantly fall in love. And this love is usable!

Swaantje Lena Kleff, in-house director at the DNT since this season, devotes herself to Shakespeare's presumably last complete play, which is also a declaration of love to the magic of theatre.