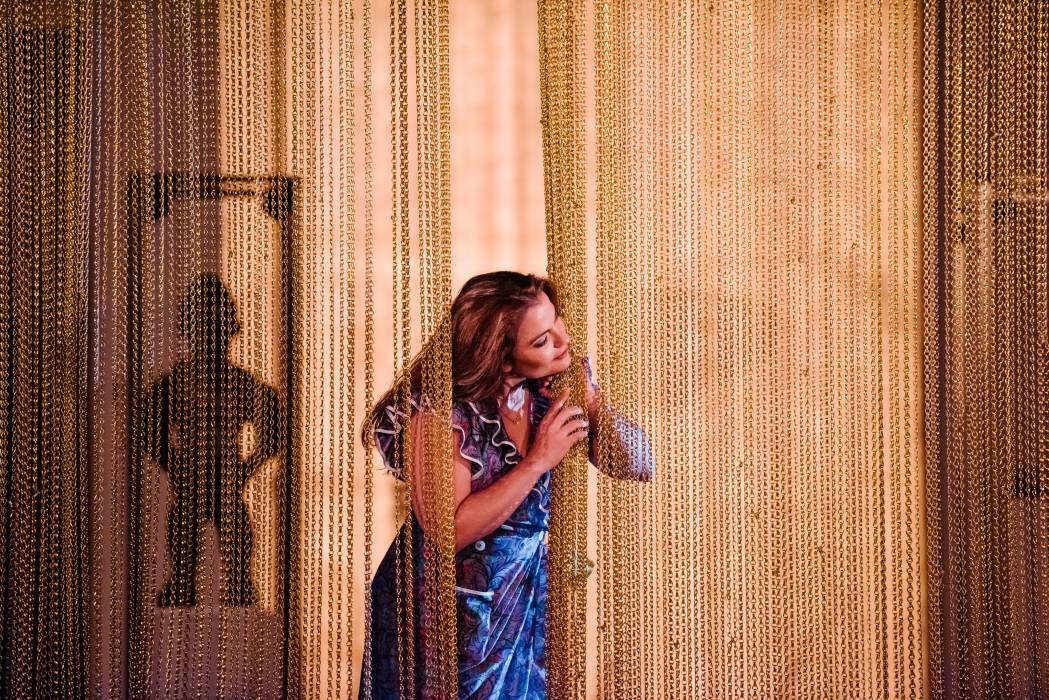 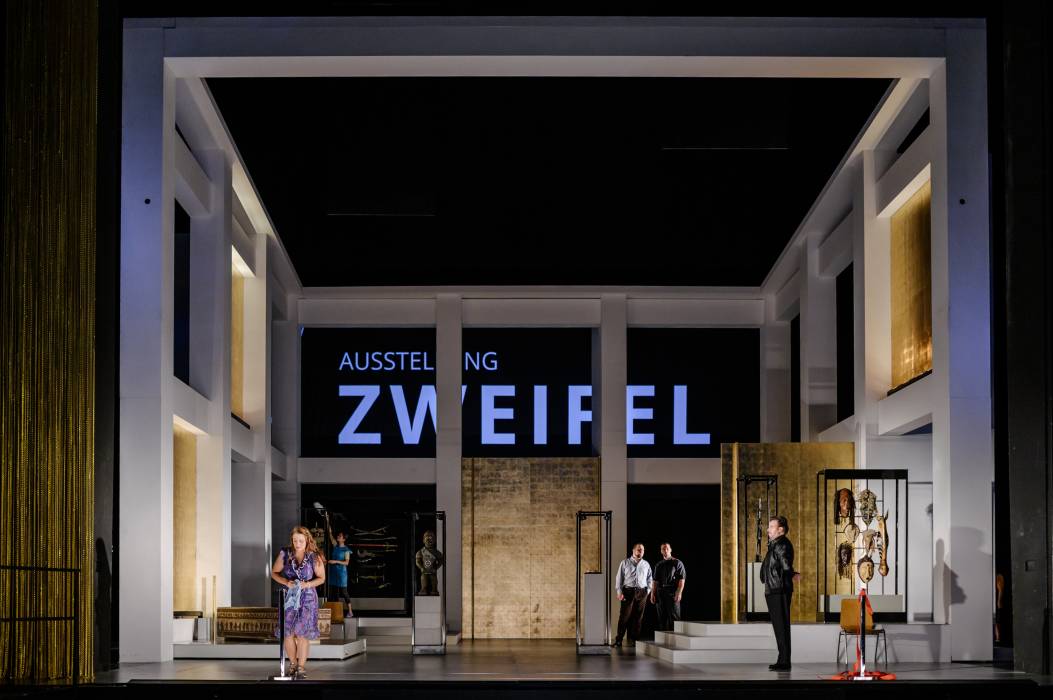 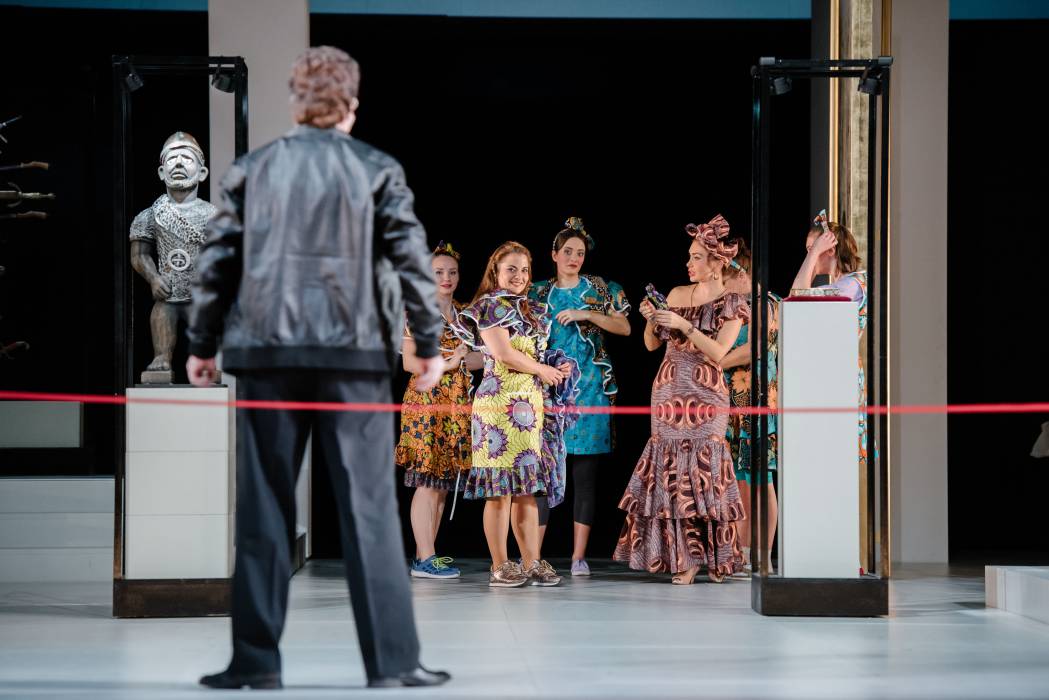 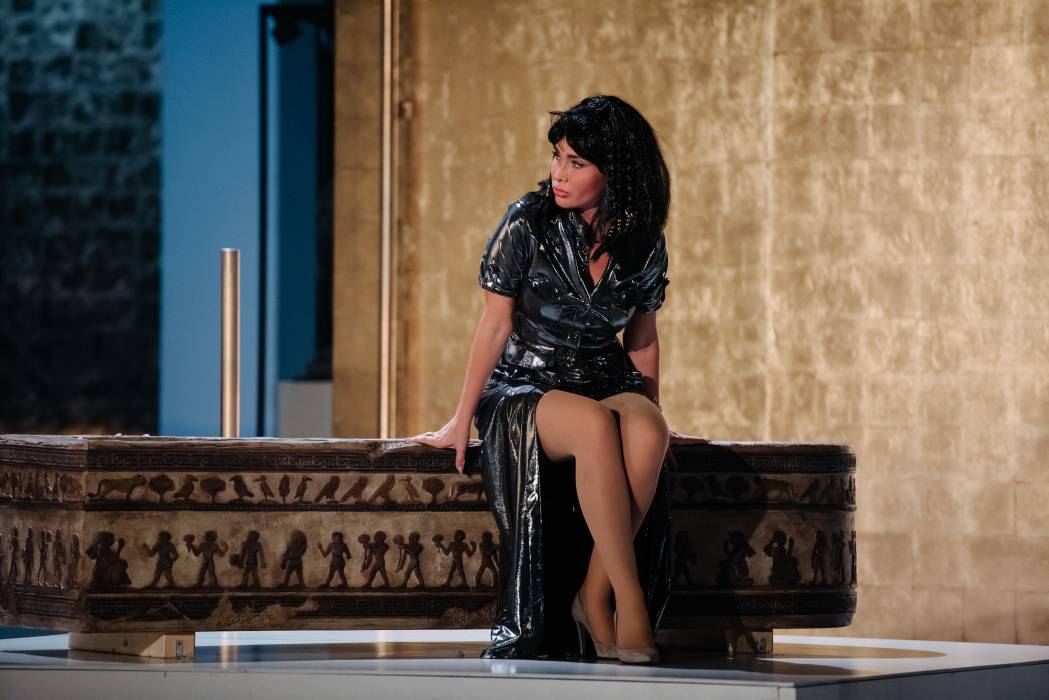 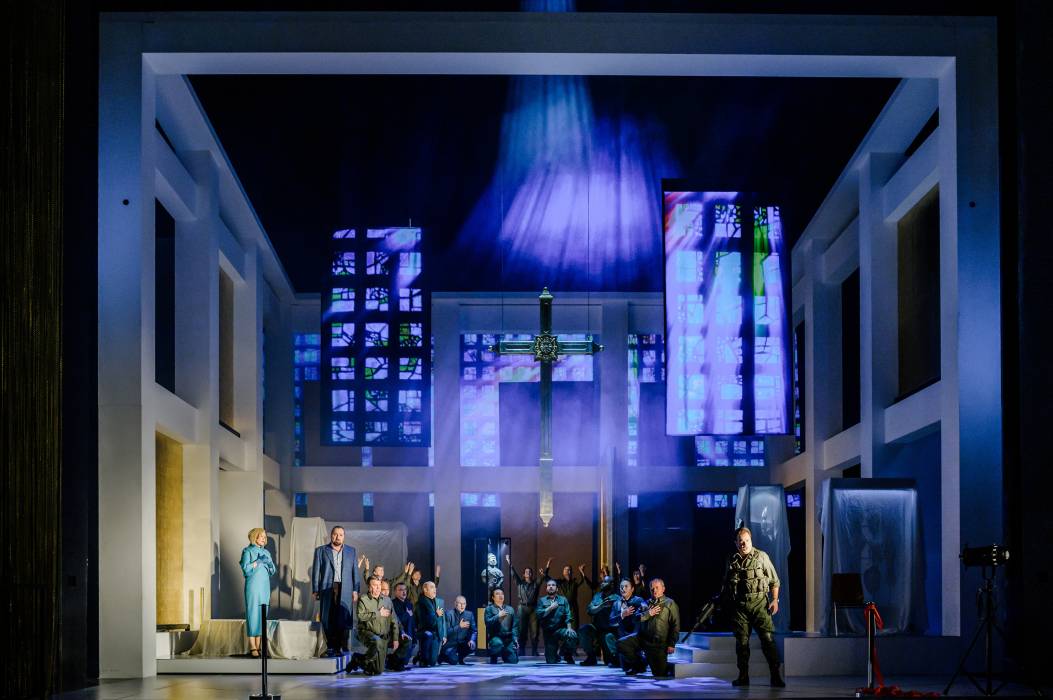 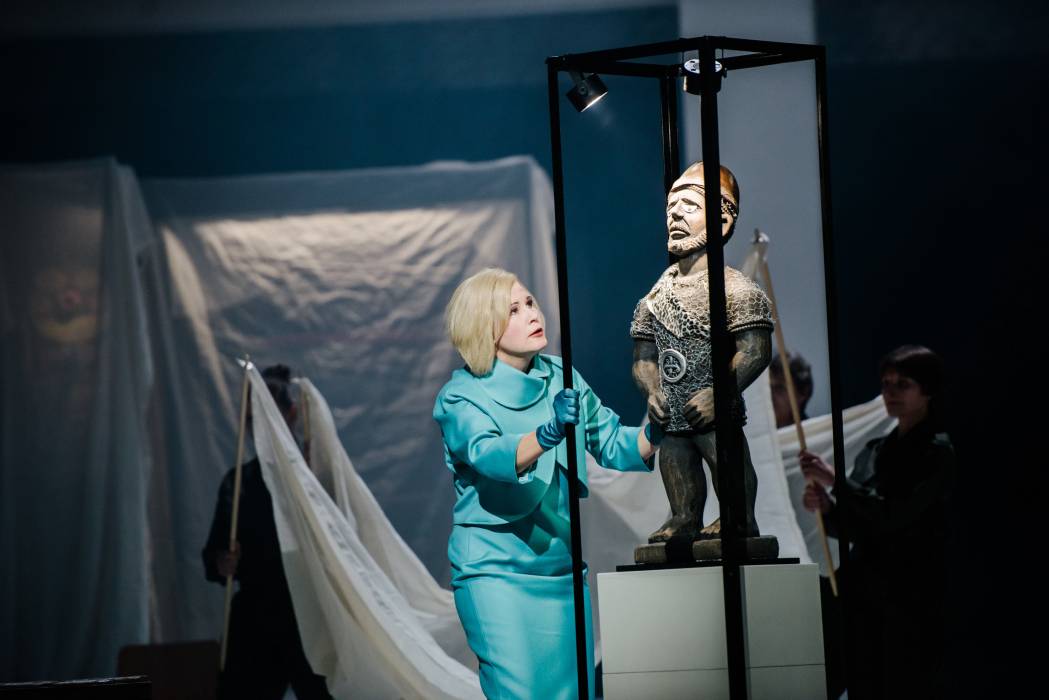 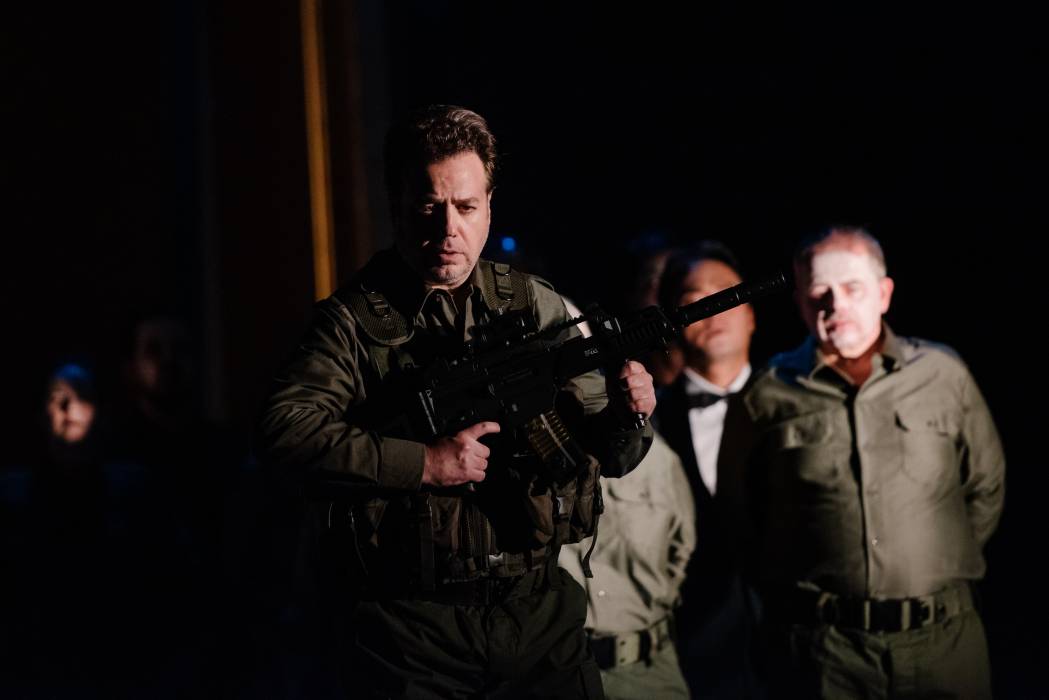 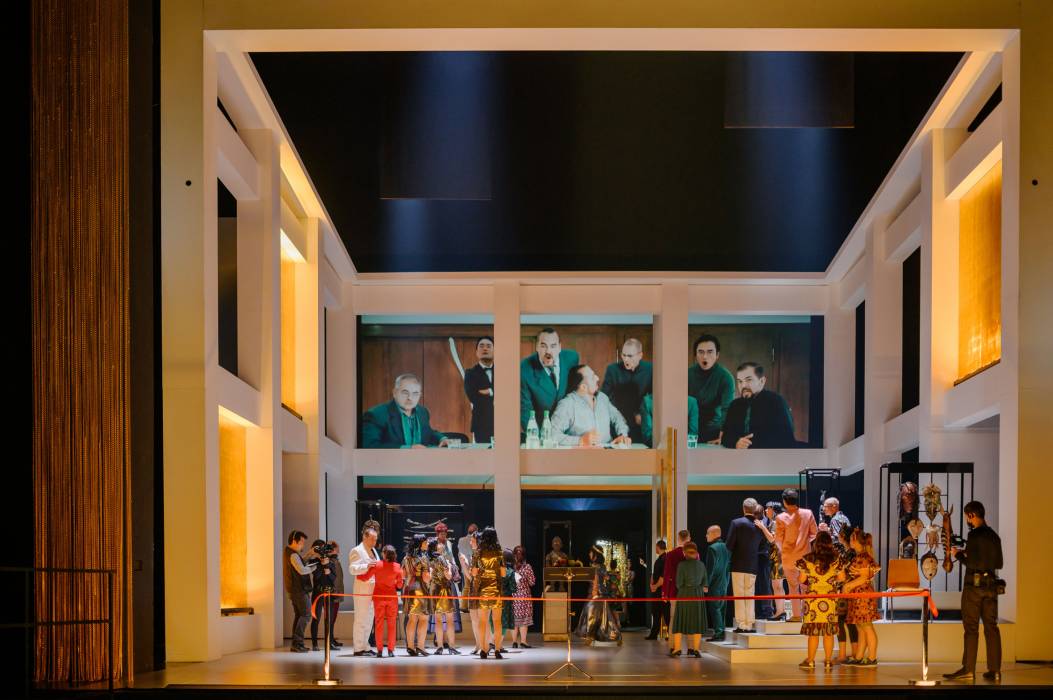 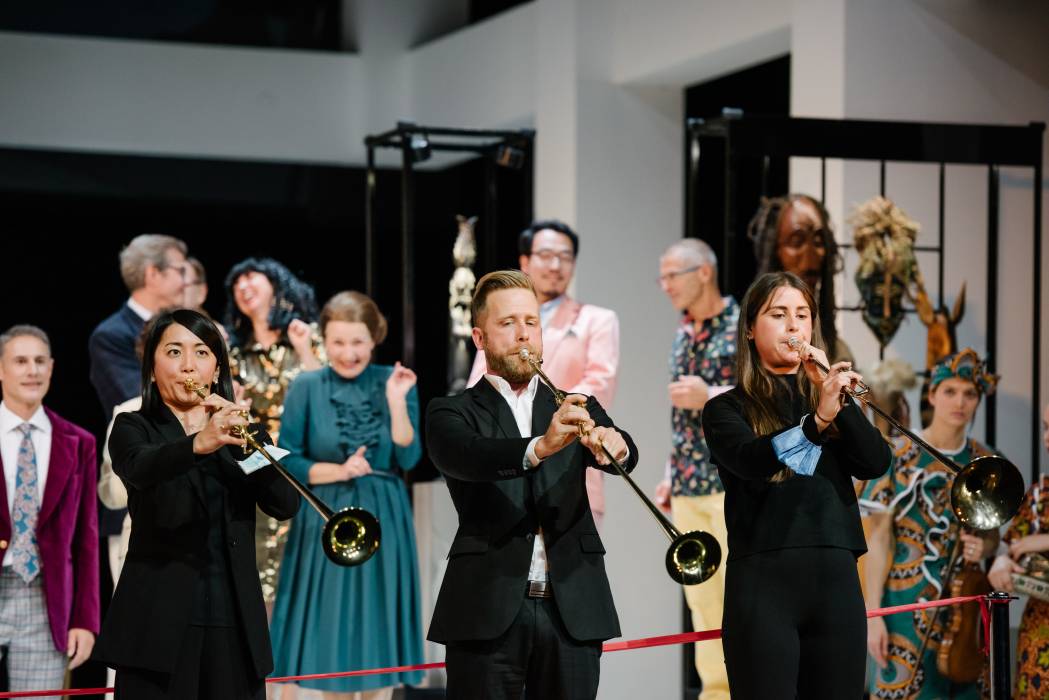 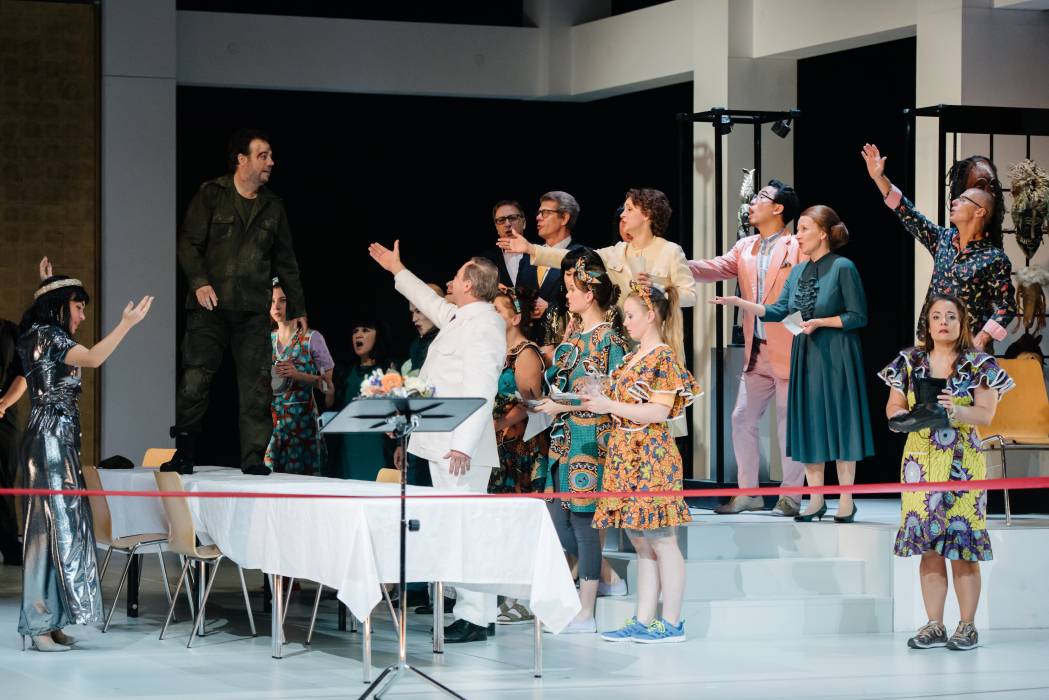 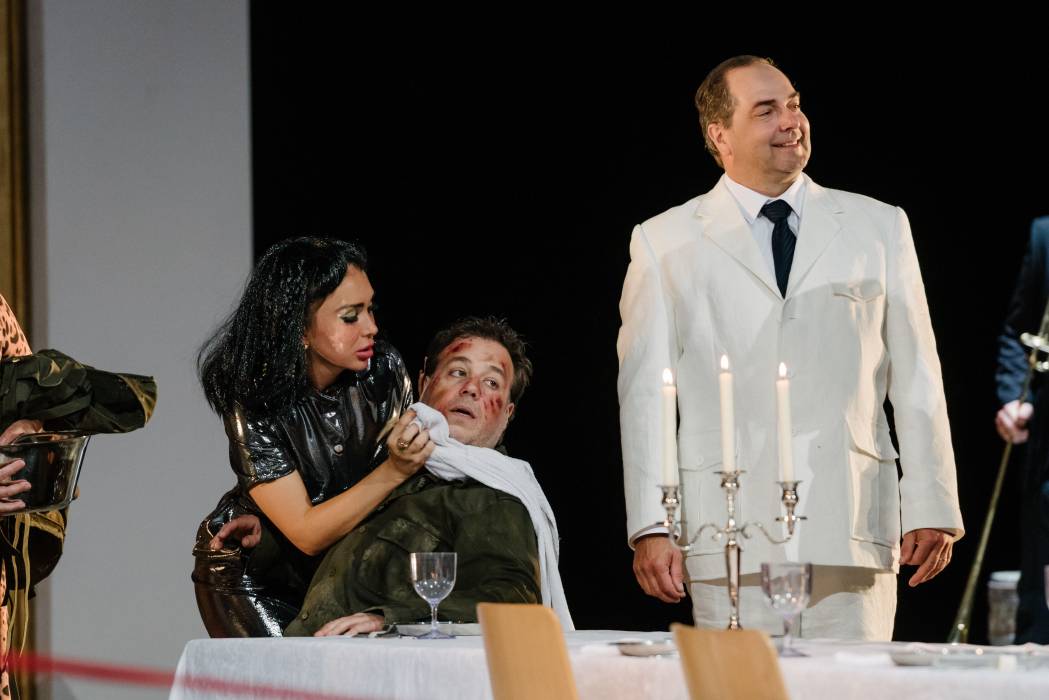 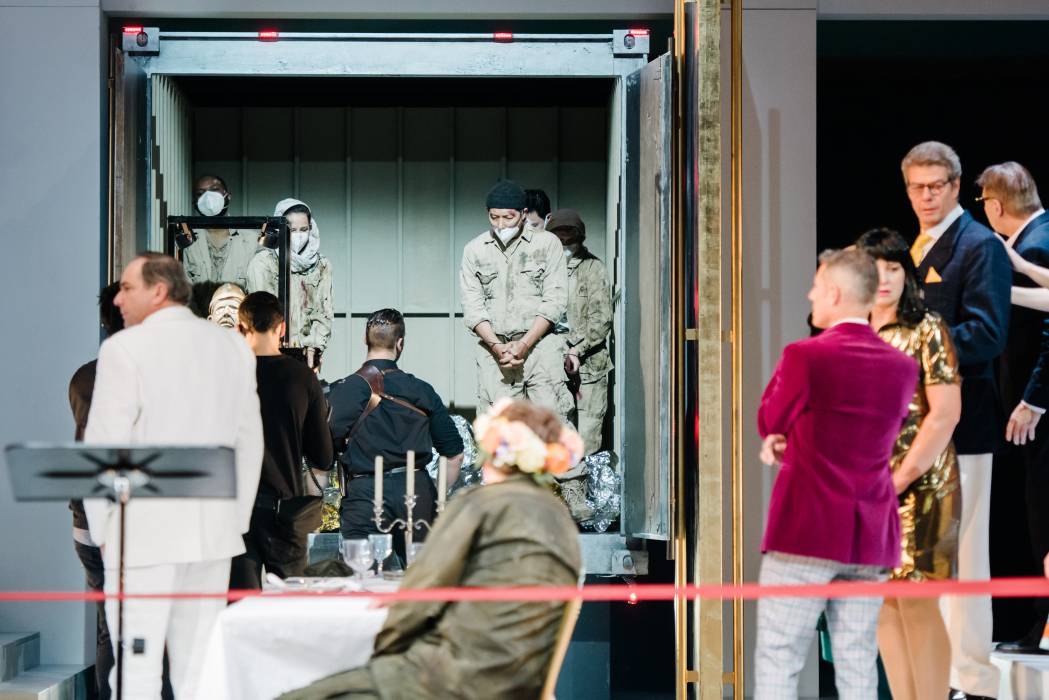 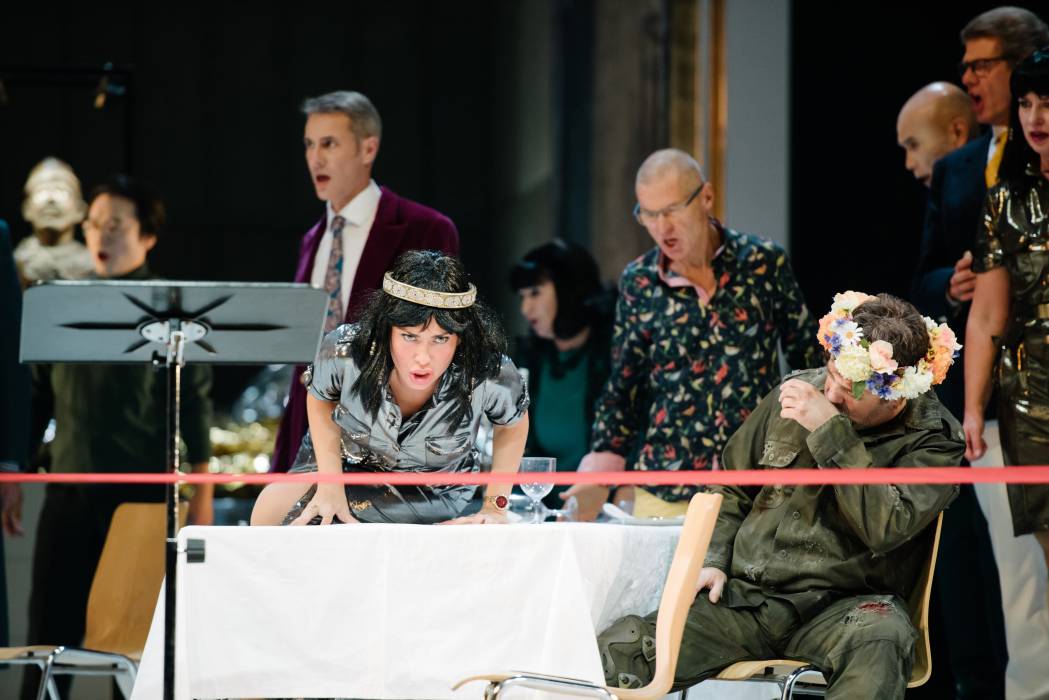 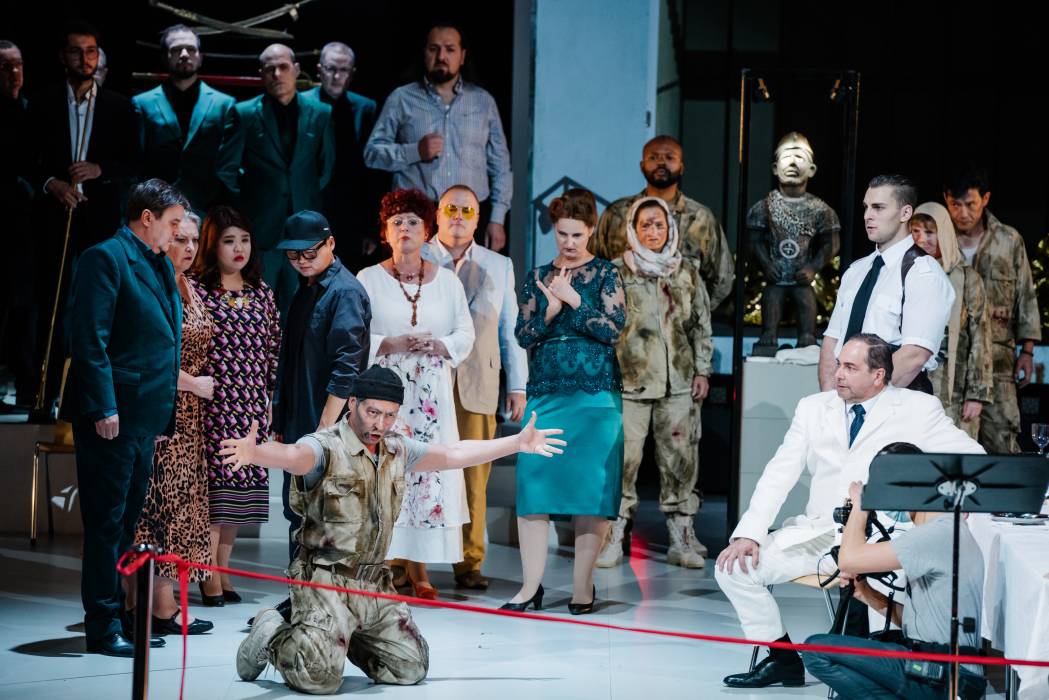 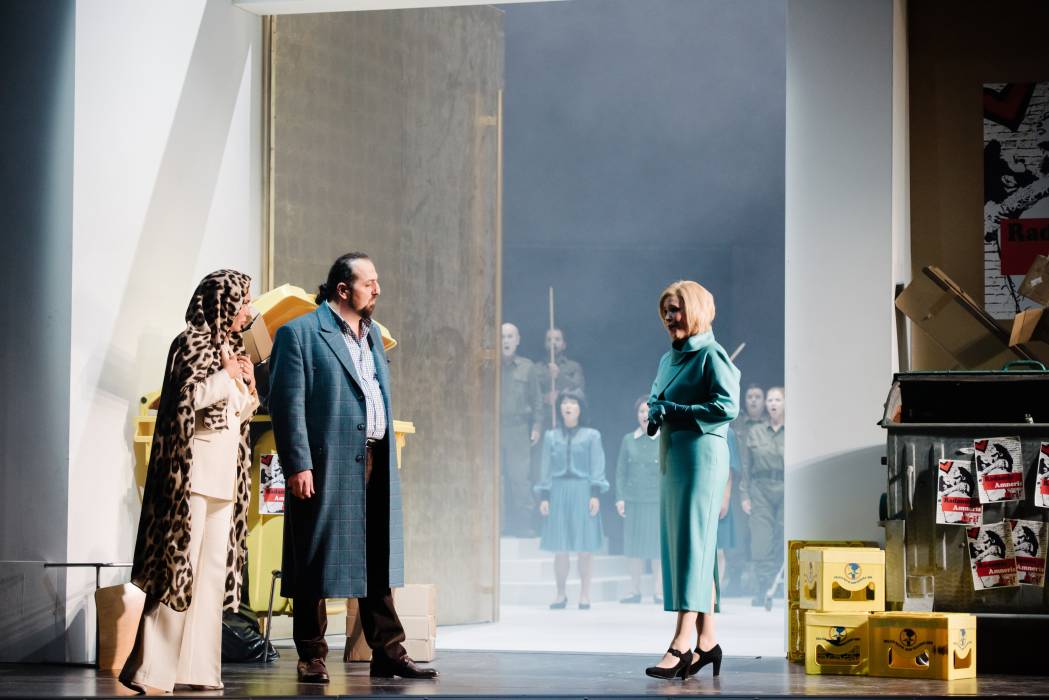 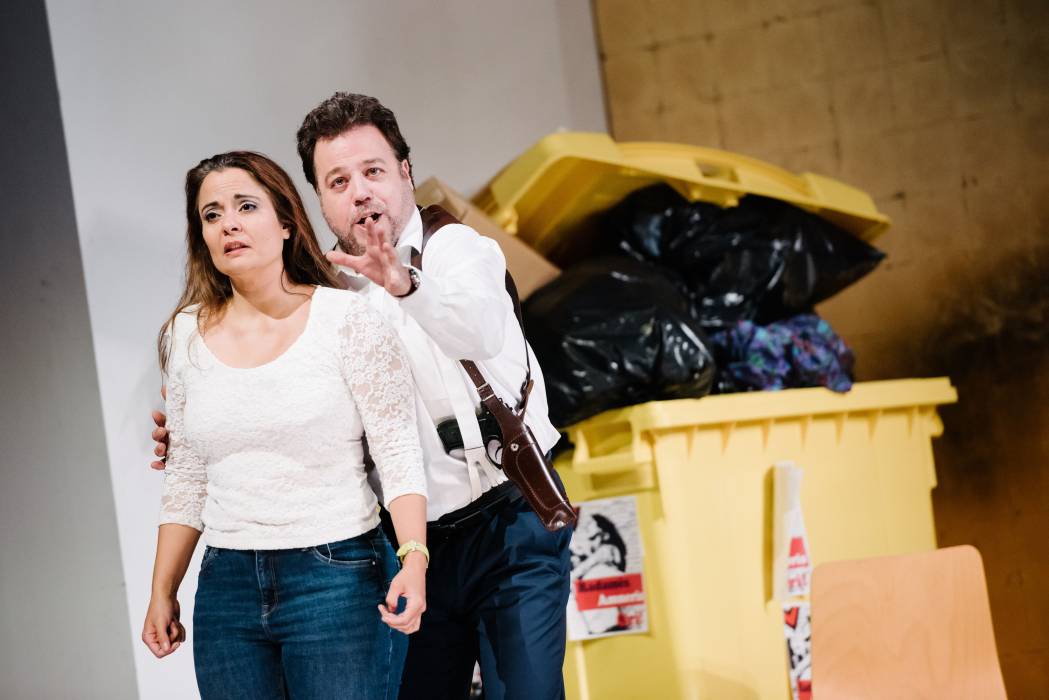 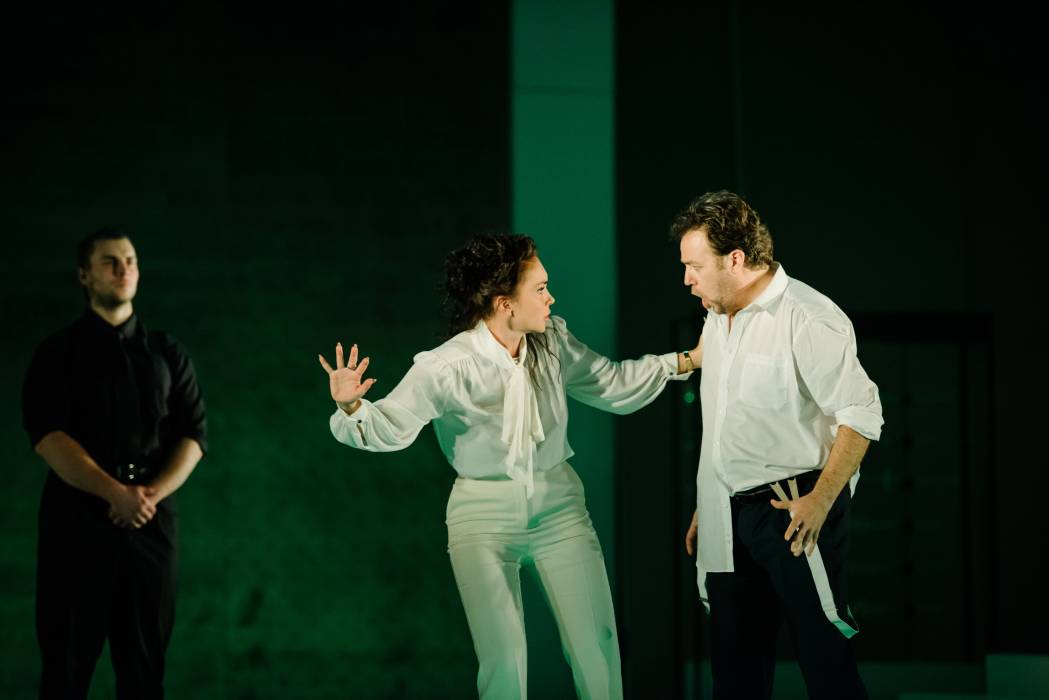 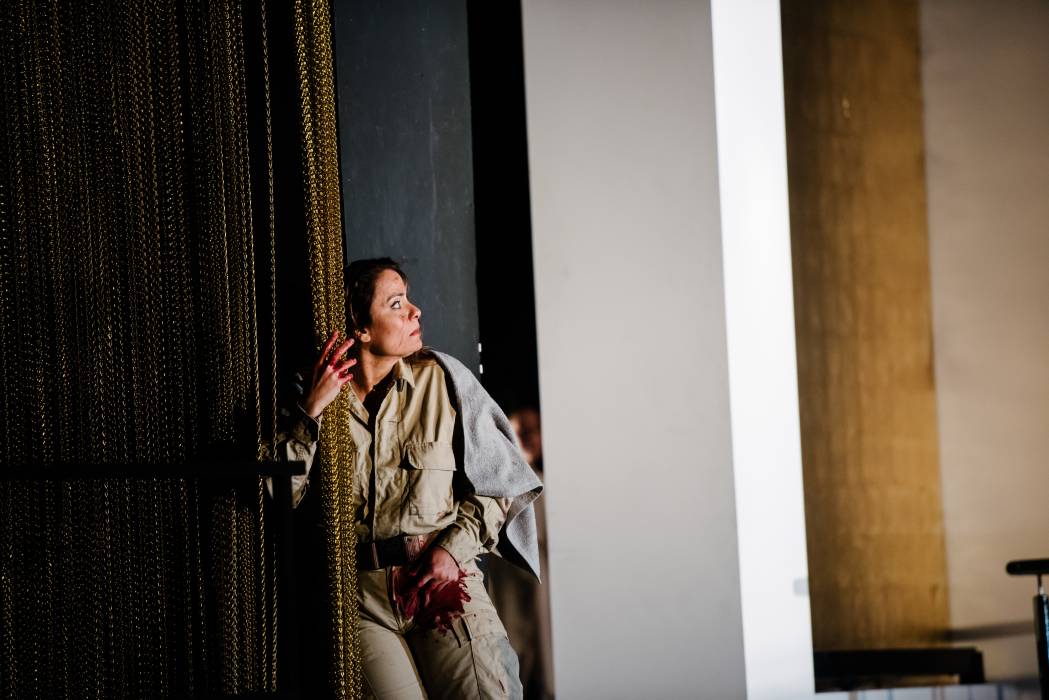 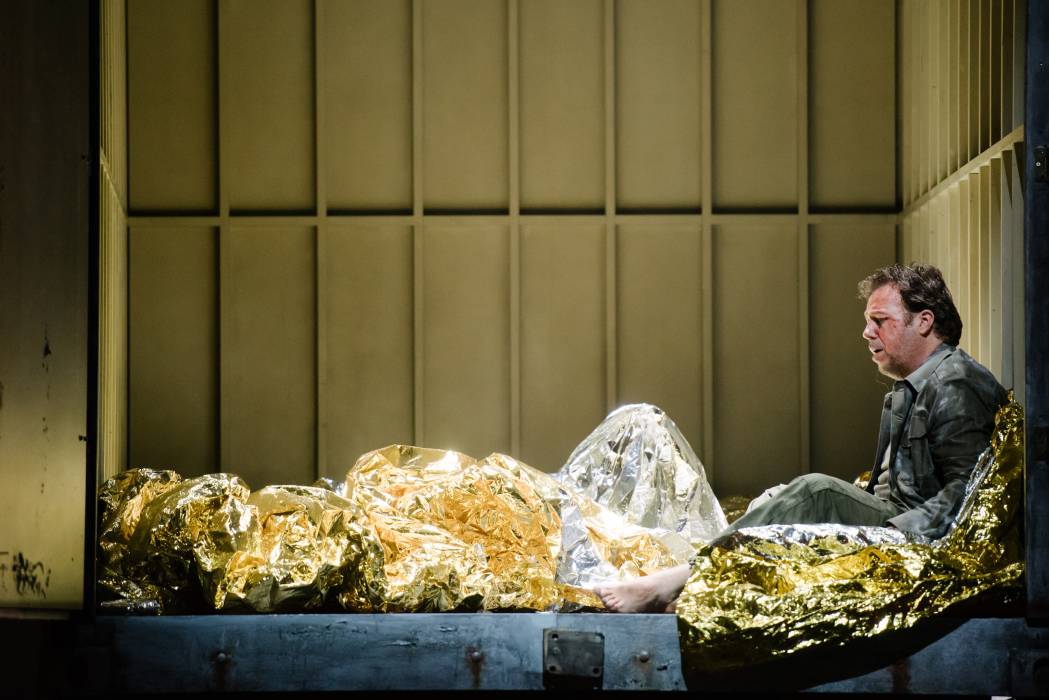 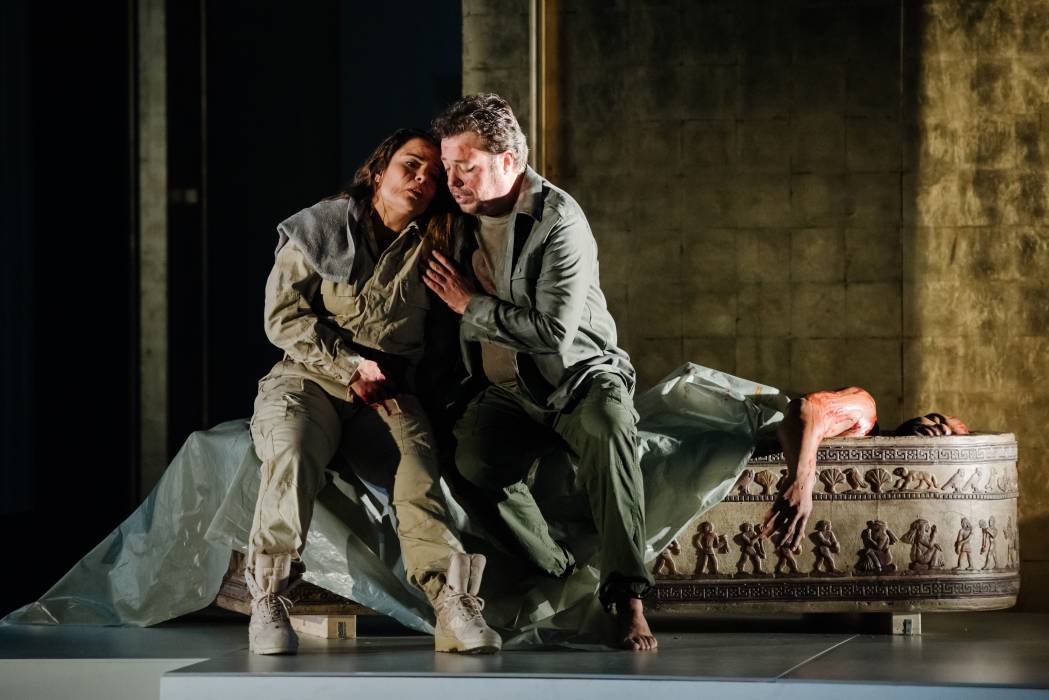 Aida, the Ethiopian king's daughter imprisoned as a slave in wealthy Egypt, and Radamès, the newly chosen Egyptian general, are madly in love. As their home countries are at war, they must hide their transnational love, which is not only exposed to the impositions of the political situation, but also worn down by the desires and interests of all the other actors. Tragically, the lovers fail because of the circumstances and, hopelessly entangled in these, because of themselves ...

Verdi's Aida has been and remains an absolute international opera hit since its première in the Cairo Opera House on the occasion of the opening of the Suez Canal in 1871. This is due not least to what is surely the longest and most elaborate procession in opera history: the legendary Triumphal March with the specially developed Egyptian or Aida trumpets.

Verdi was commissioned by a European-oriented Egyptian elite to create one of the most ingenious pieces in the history of European opera; and admittedly he was not for a second interested in Africa, but rather appropriated supposedly Egyptian and seemingly Ethiopian things for the sake of effect alone. The opera Aida is, as the Palestinian literary theorist Edward W. Said wrote, less a play about colonialism than a testimony to it.

Yet the musical drama itself, too, tells a story of colonialism: challenged by ambitious Ethiopia, the irreconcilable contradictions on which the hegemonic power’s prosperity is based come to light in Egypt. The two countries, embroiled in ruthless distribution battles, bury the last remnants of humanism alive ...

Under the musical direction of principal conductor Dominik Beykirch, Aida is after many years once again performed in Weimar. Nationally and internationally acclaimed director Andrea Moses is staging the opera in collaboration with her long-time stage designer, the Berlin Schaubühne's head of set design Jan Pappelbaum, costume designer Kathrin Plath, her long-time video artist René Liebert and musical theatre dramaturg Michael Höppner. After her successful Weimar productions of Turandot, Khovanshchina, Der Freischütz and The Circle, she continues her work at the Deutsches Nationaltheater Weimar with the production of Aida and at the same time opens a new chapter as the newly appointed opera director.