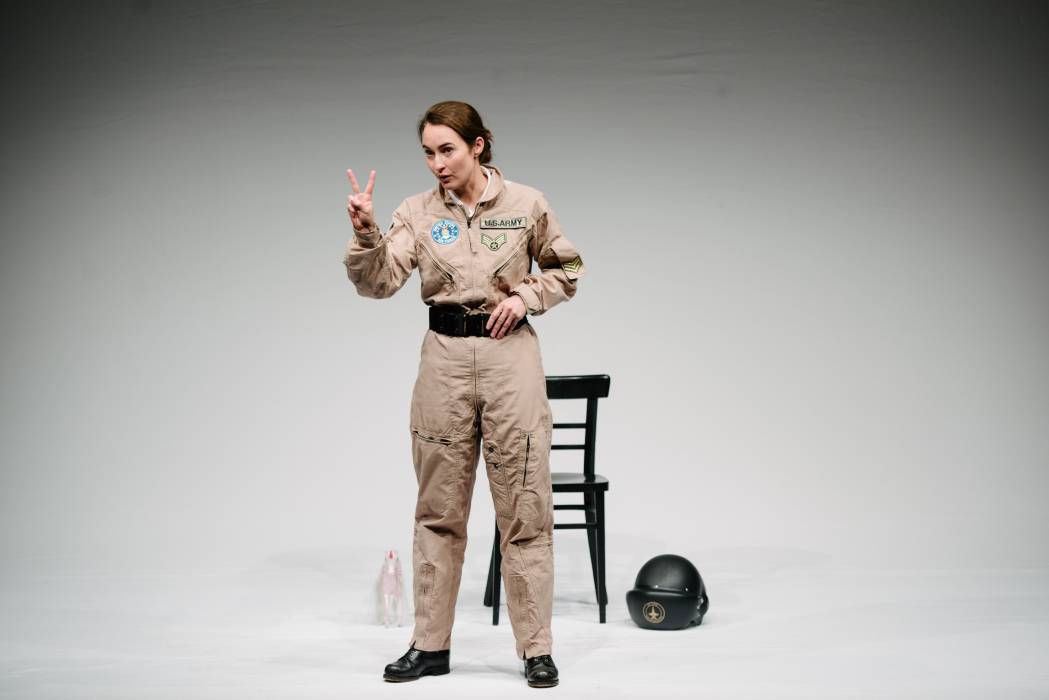 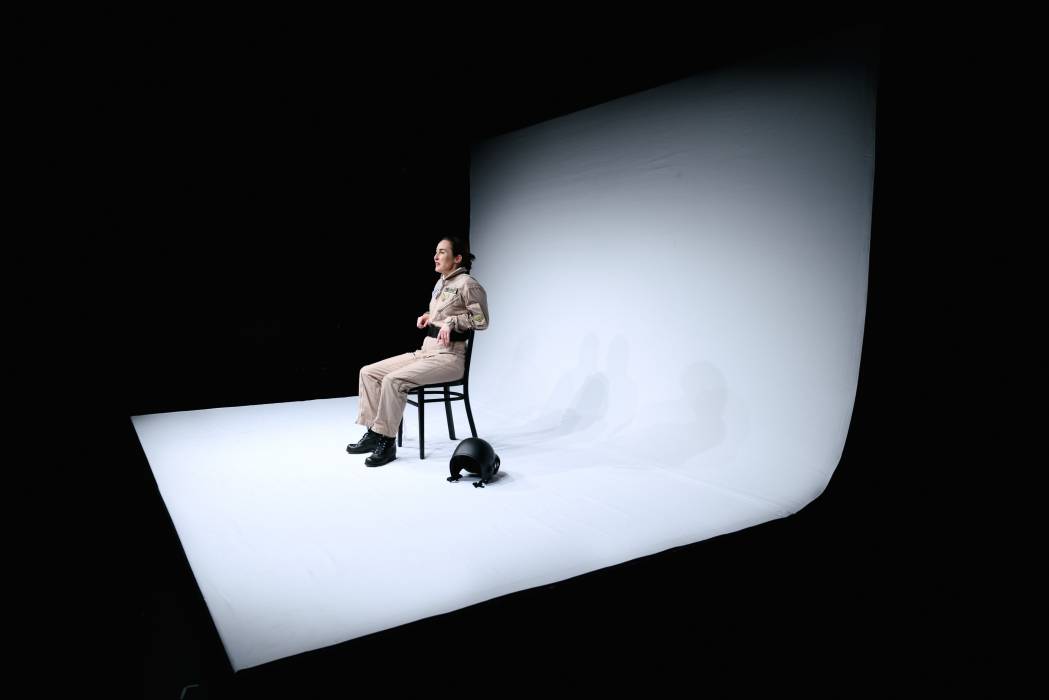 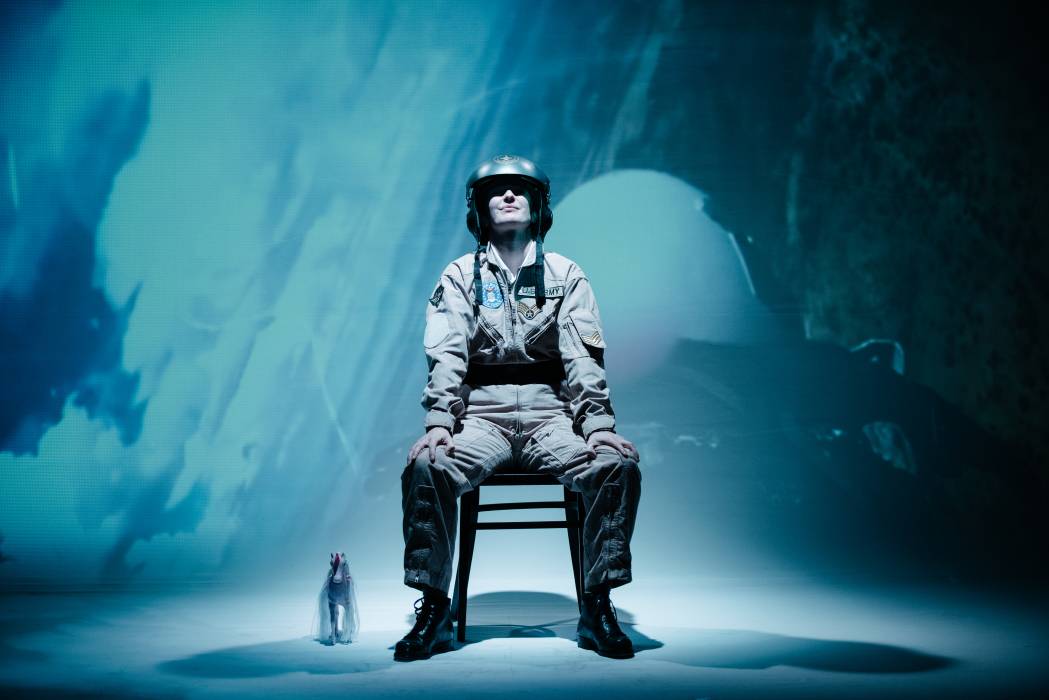 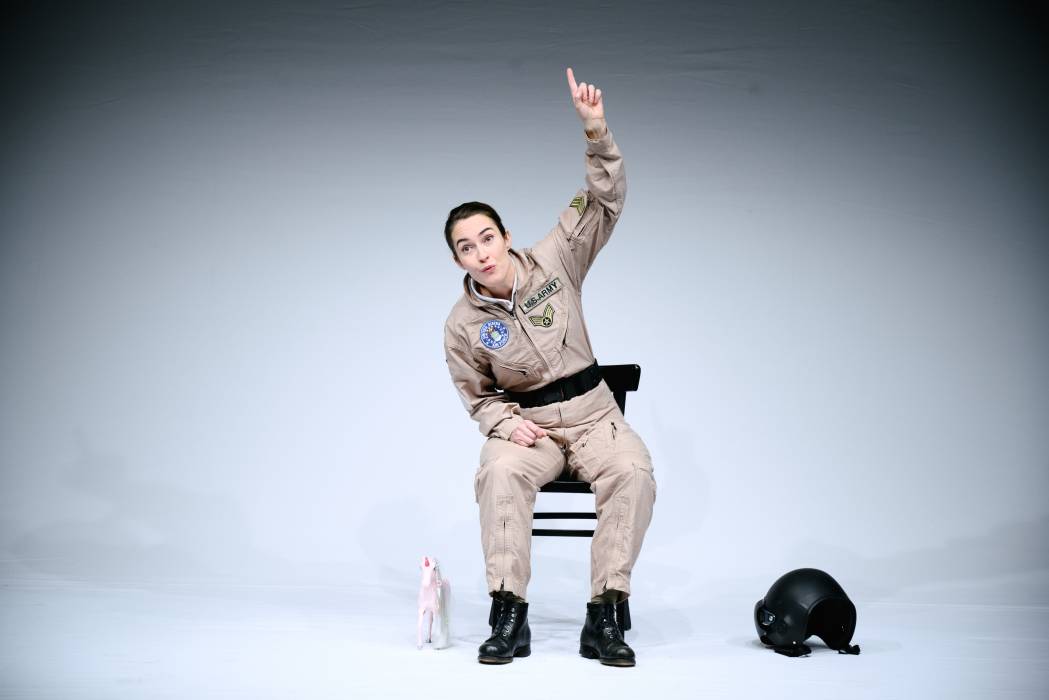 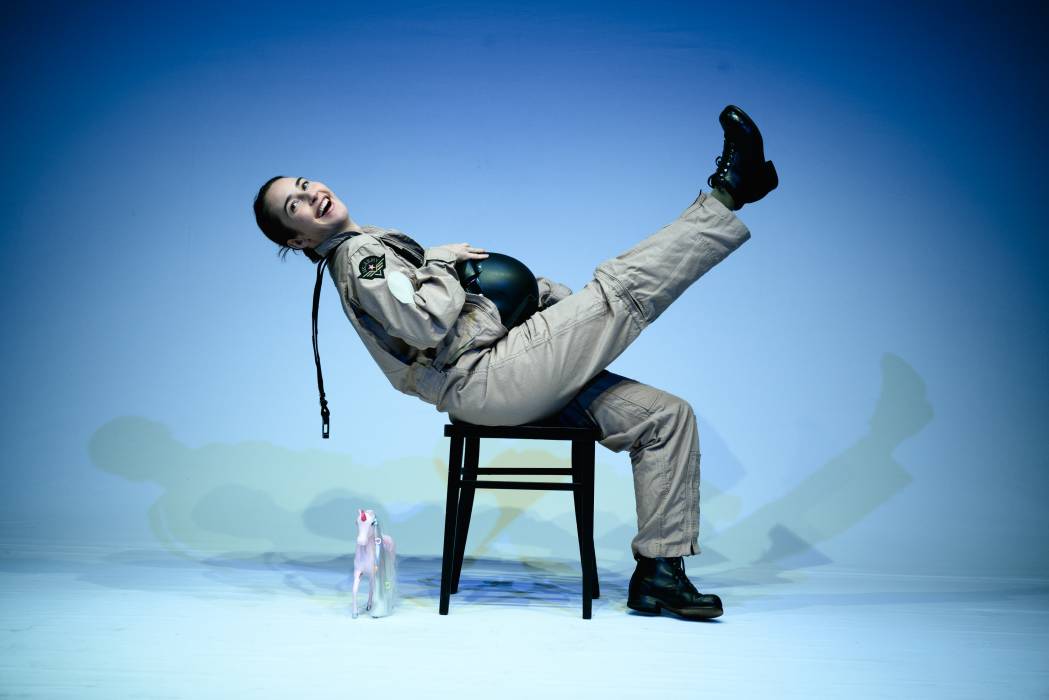 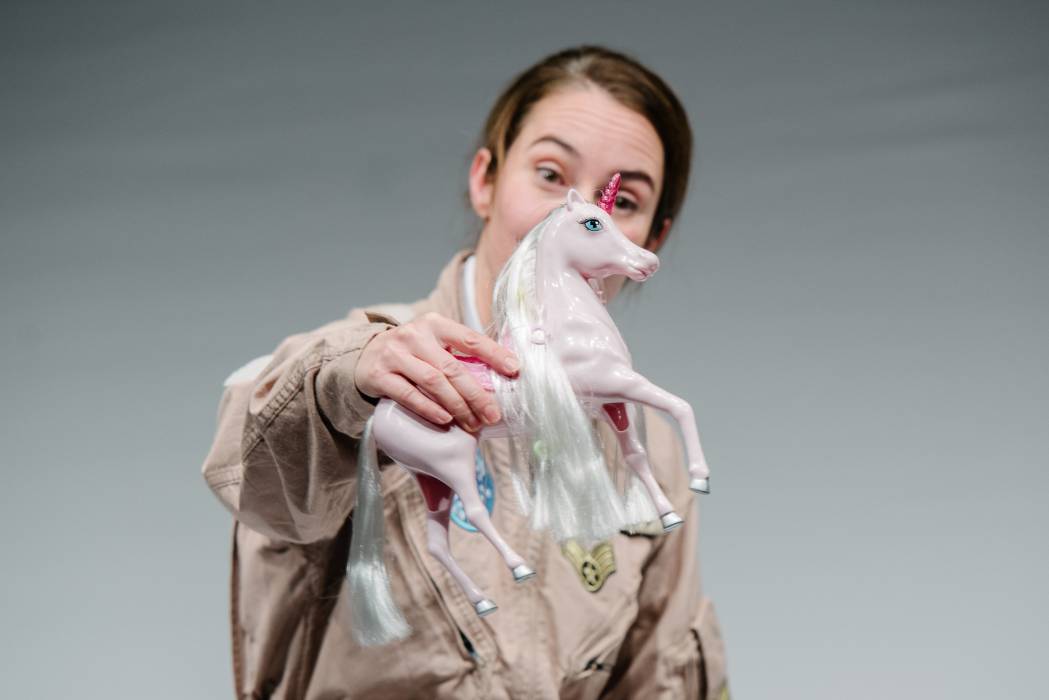 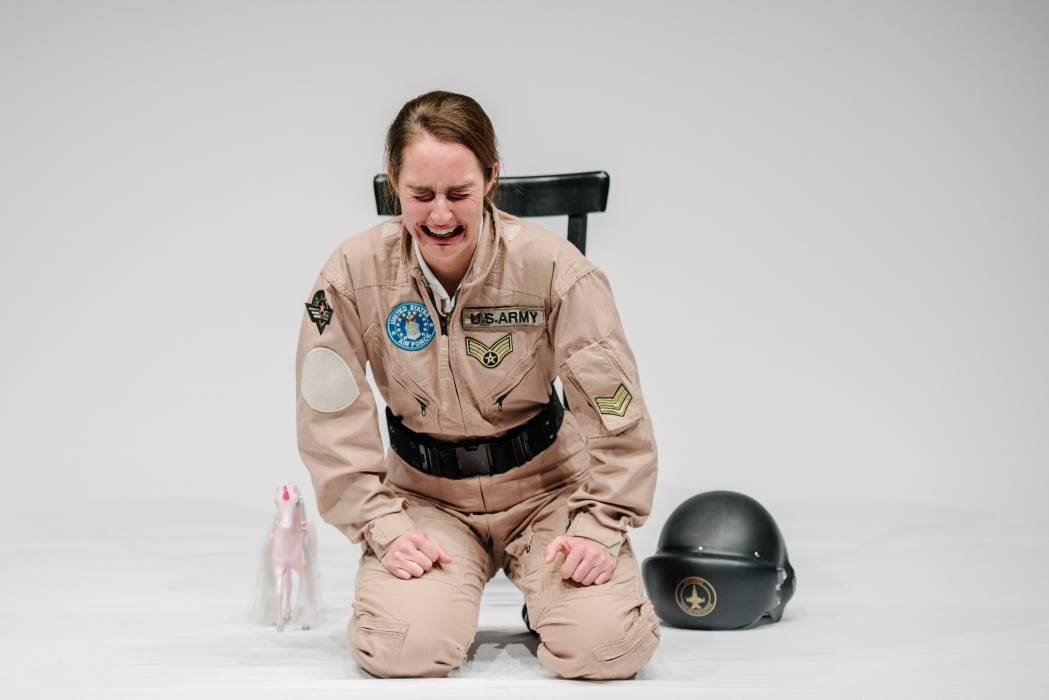 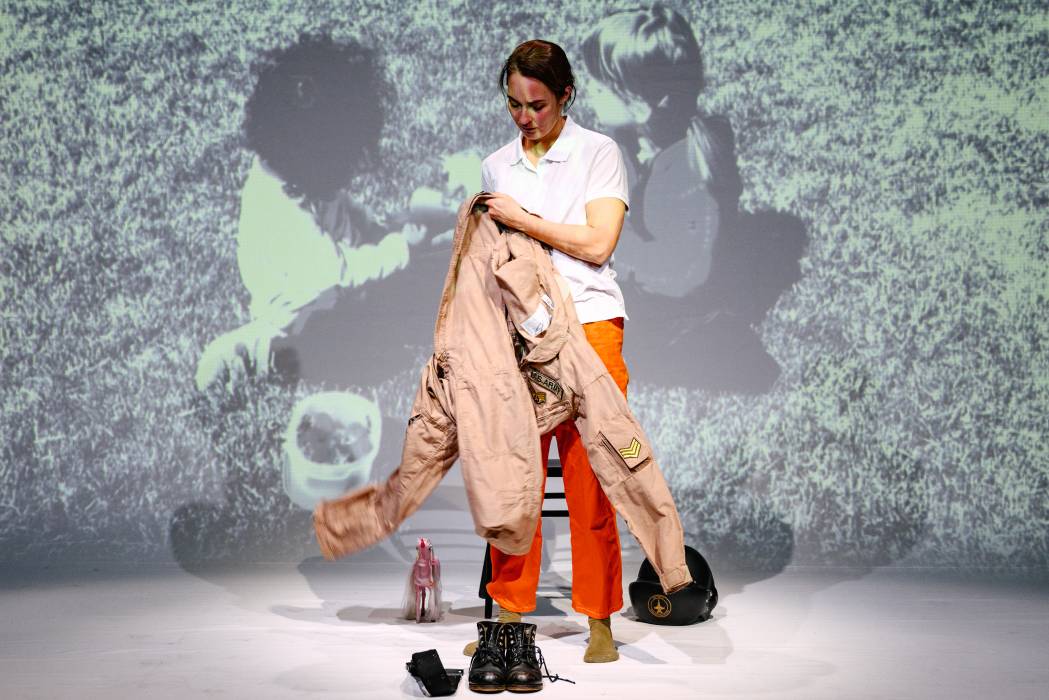 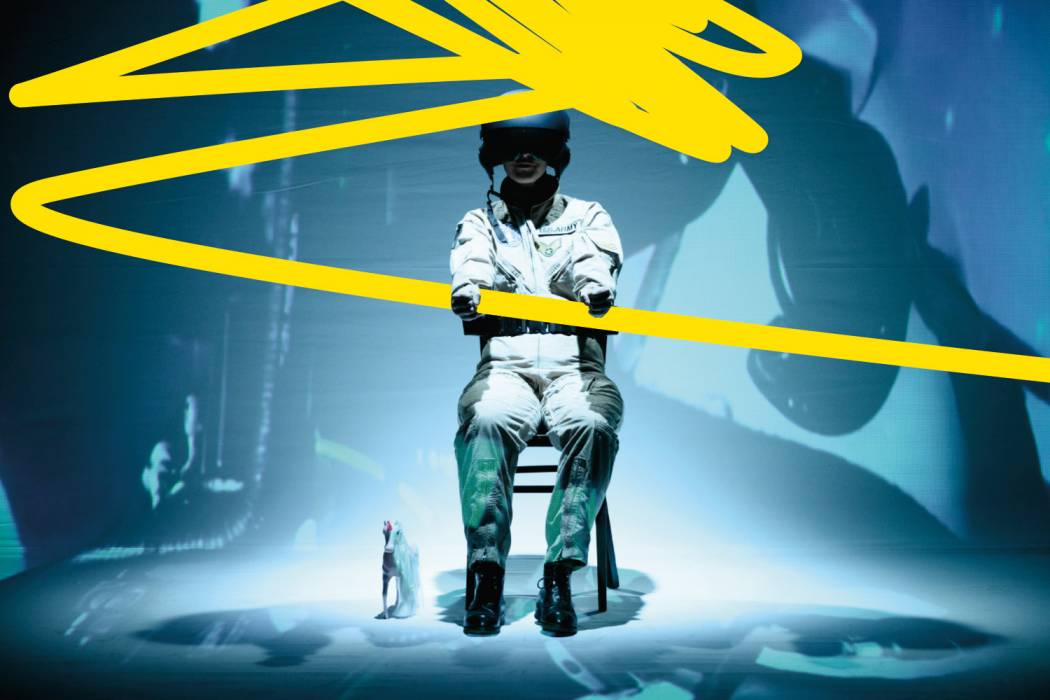 Flying is fun. Even if you are on a military mission. Thinks the F-16 fighter pilot.

But then so-called normal life happens. She falls in love, becomes pregnant, marries and, after a short maternity leave, is co-opted professionally. The hunter in the sky is made a drone pilot who sits at the monitor and destroys enemy objects and subjects thousands of miles away.

The absurdity of this process gets to her more and more: living a family life at home with husband and child, and in the morning driving to an open-plan office and there, following anonymous commands from the headset, aiming at targets, and razing them to the ground. What kind of war is this that is being waged and against whom is it directed, the pilot must ask herself – especially at that moment when a child appears on the screen in the crosshairs ...

Sebastian Kowski, a member of the drama company since 2013, directs this psychogram of a young woman struggling to find her sense of responsibility. At the same time, the monologue questions the consequences of ever-increasing mechanisation and virtualisation in the field of warfare, where the push of a button, executed in an office chair, extinguishes human lives.