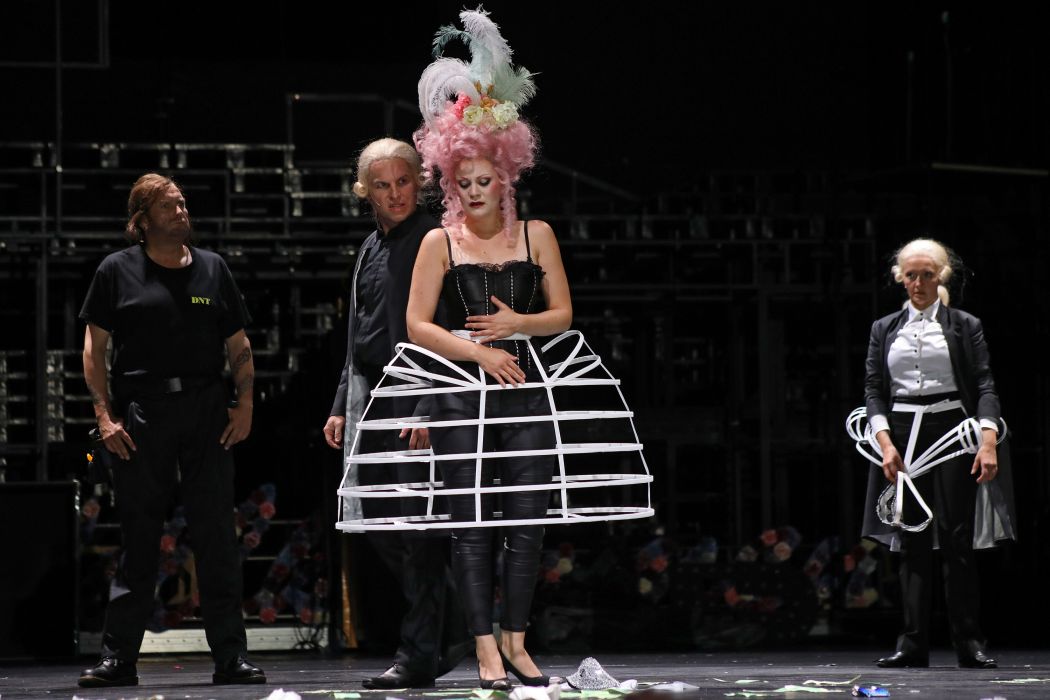 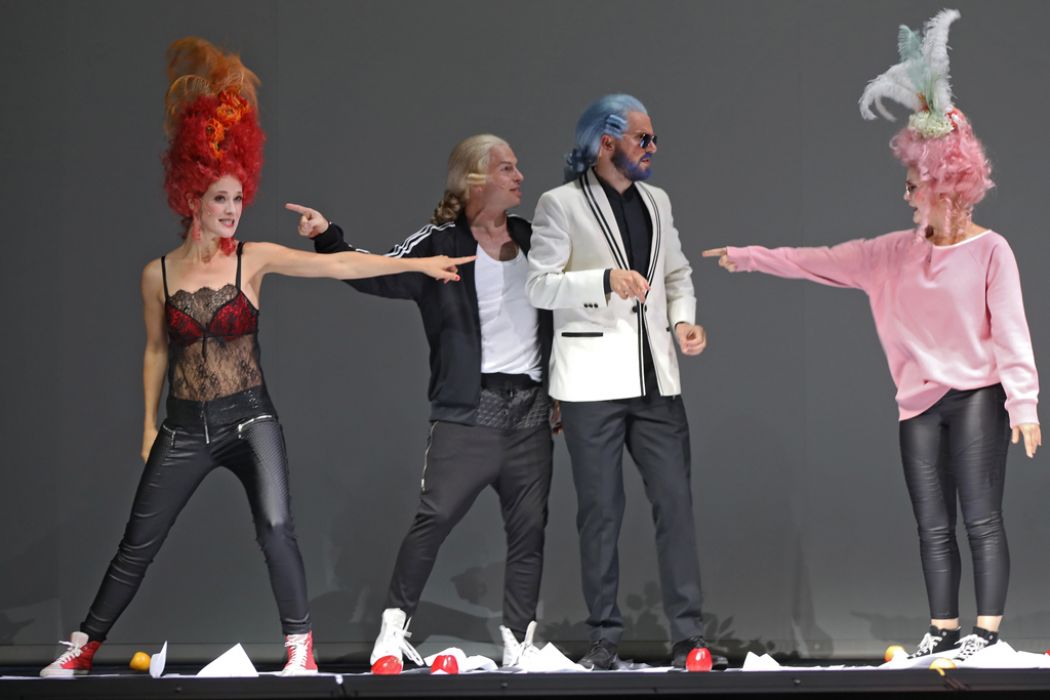 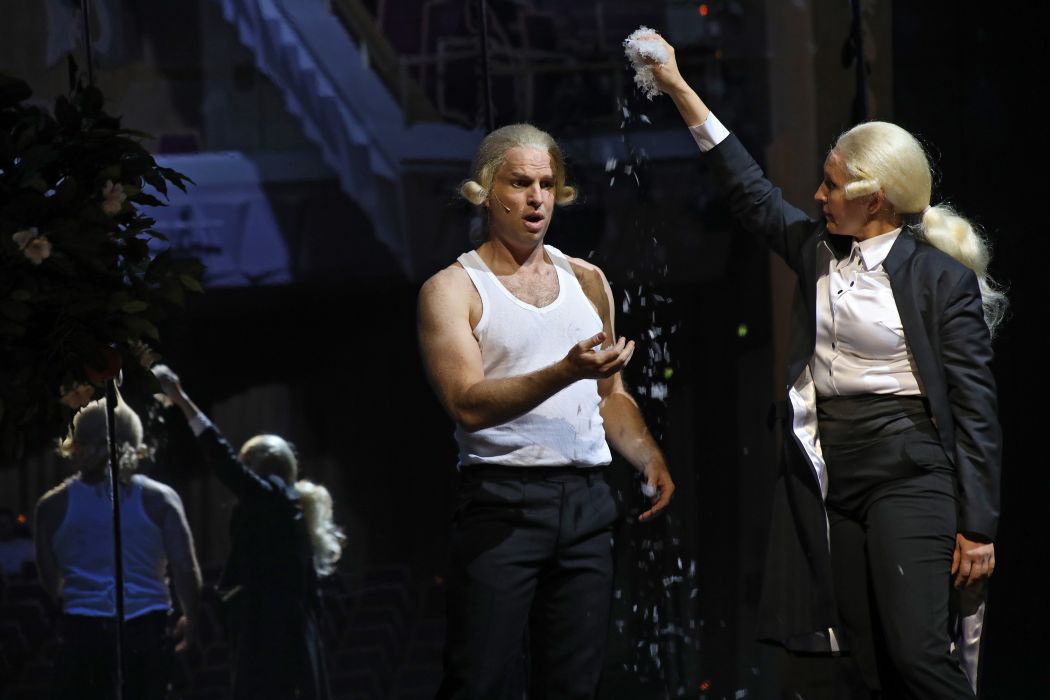 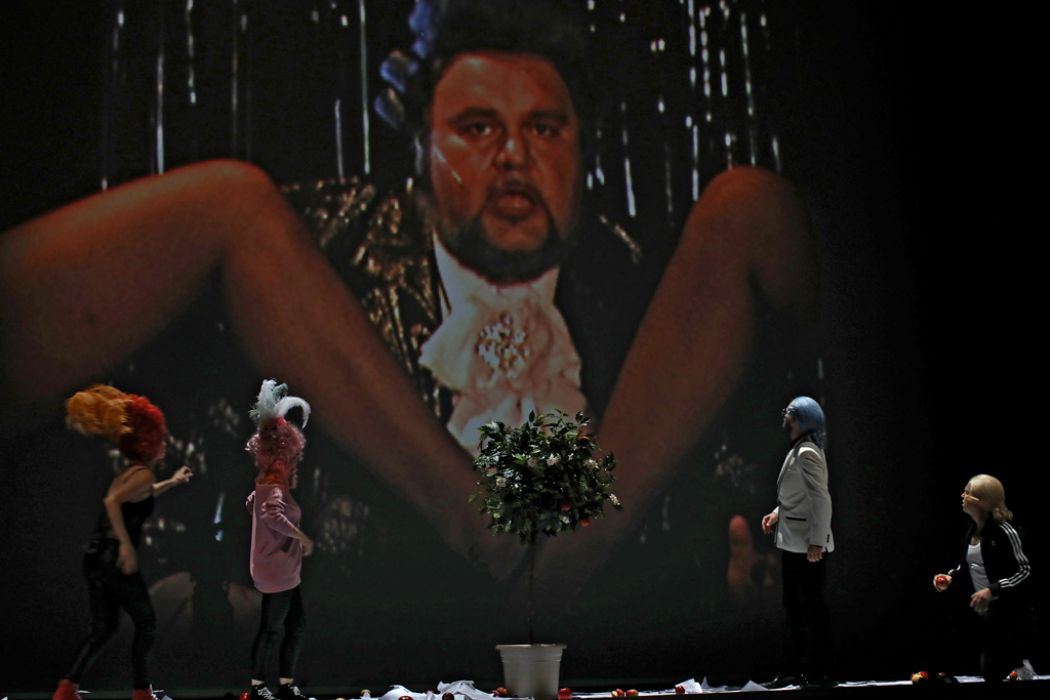 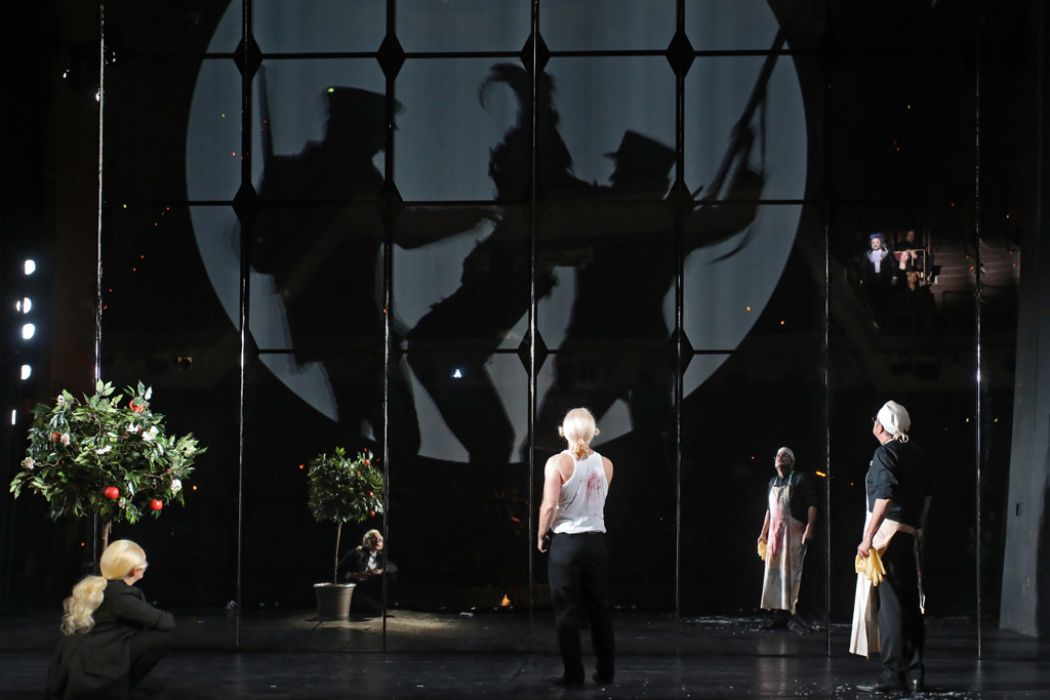 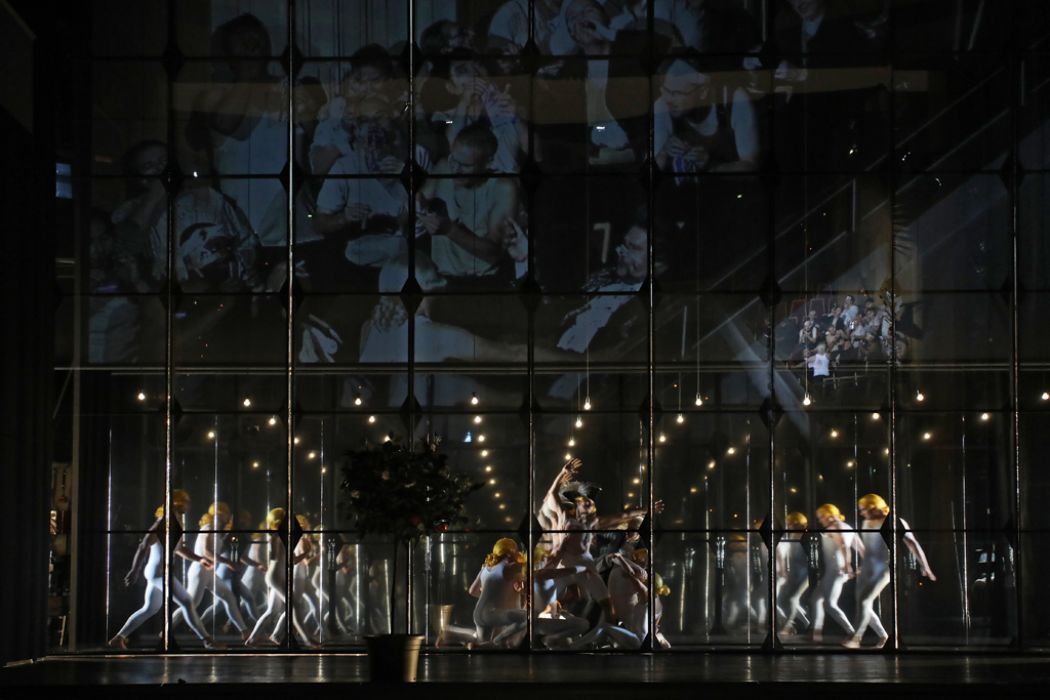 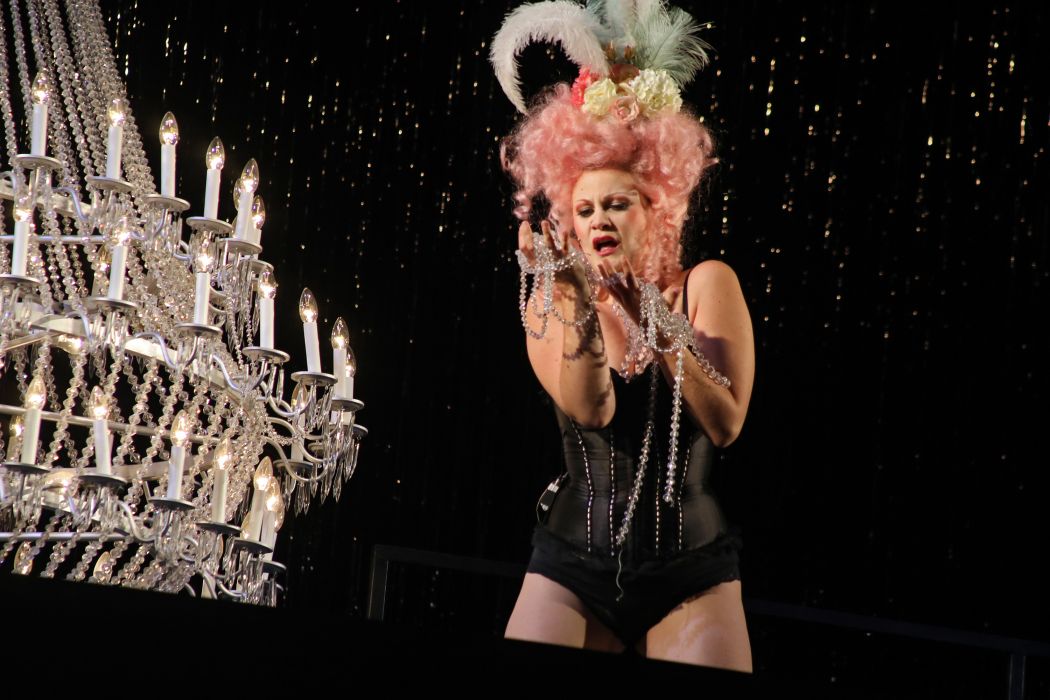 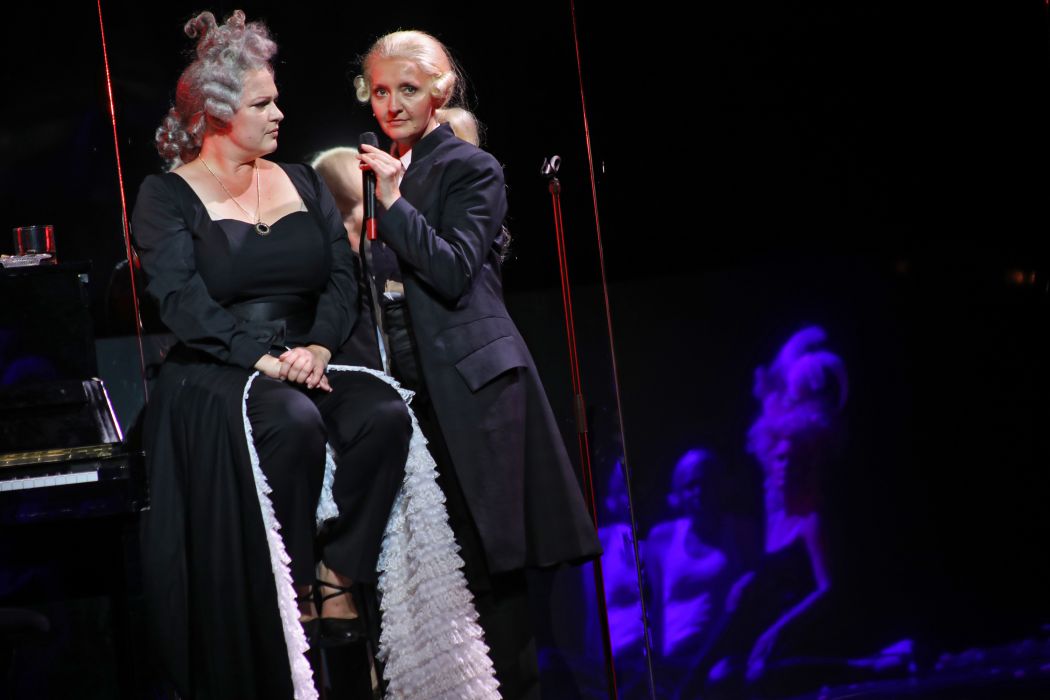 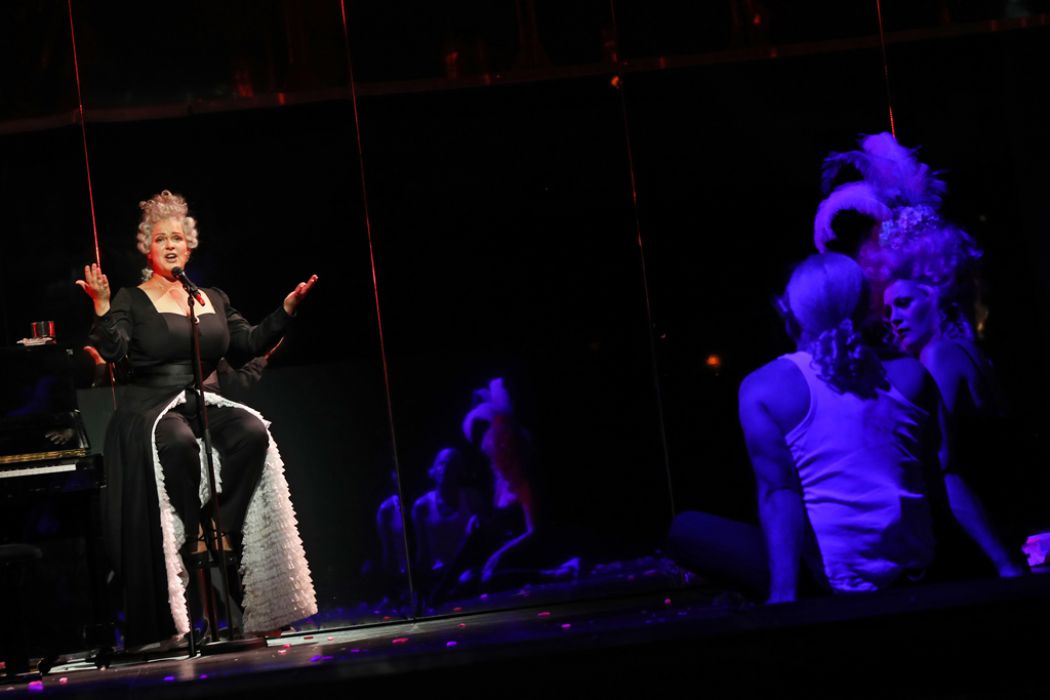 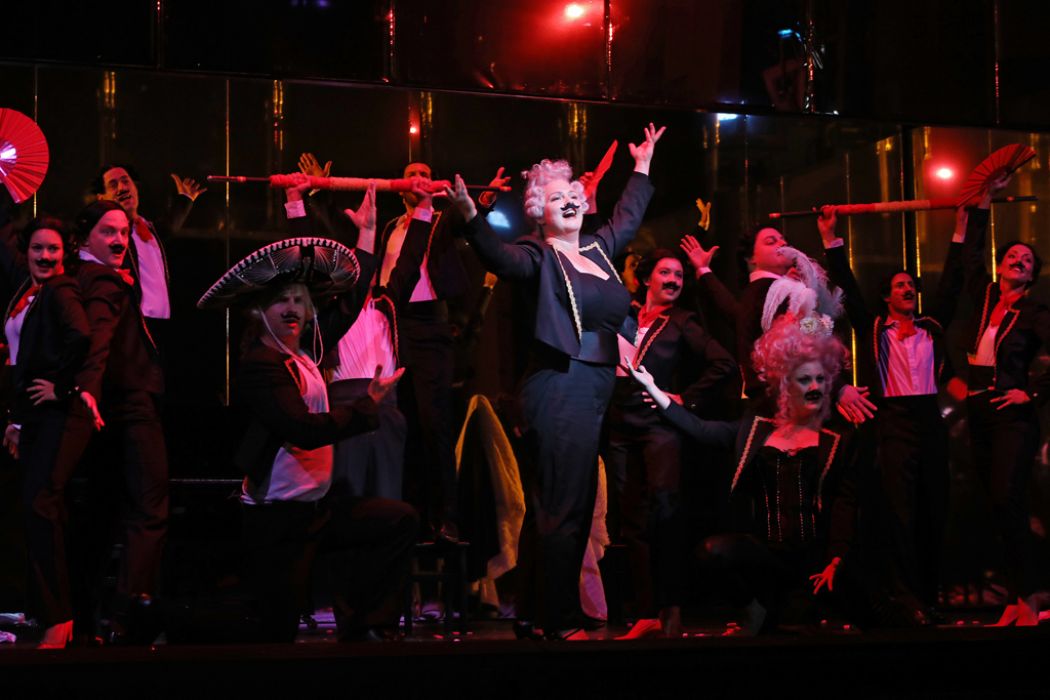 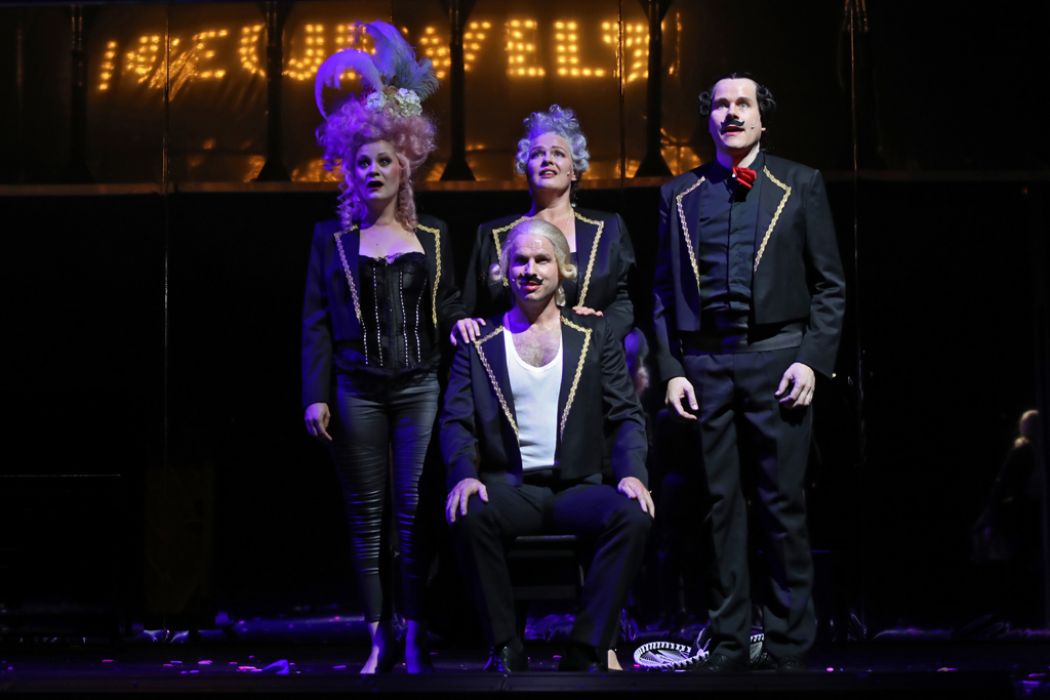 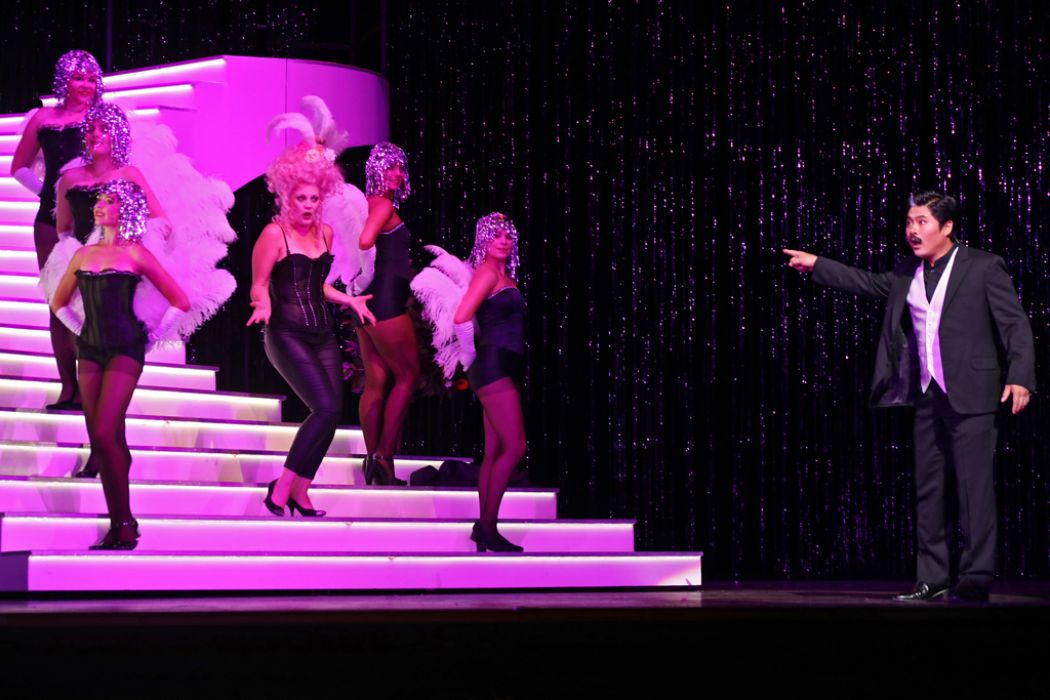 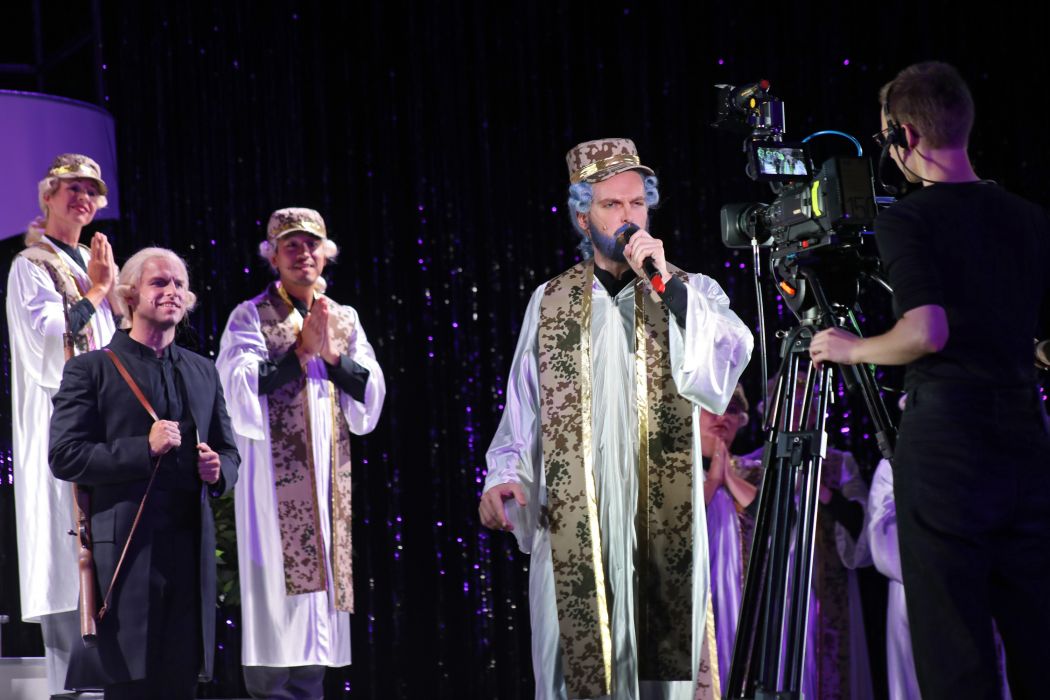 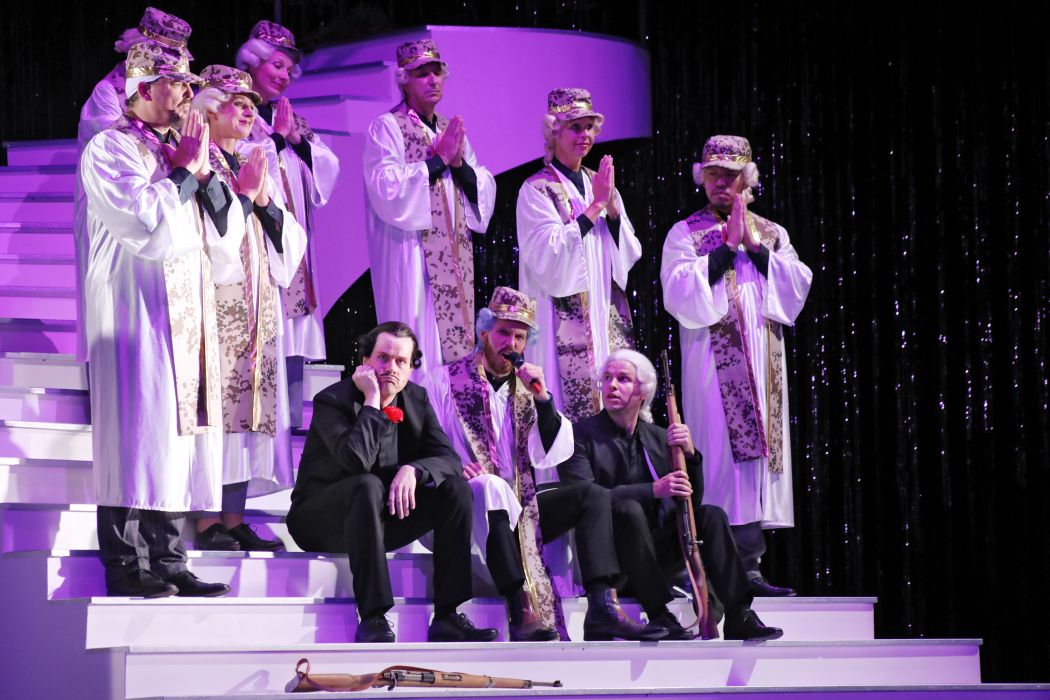 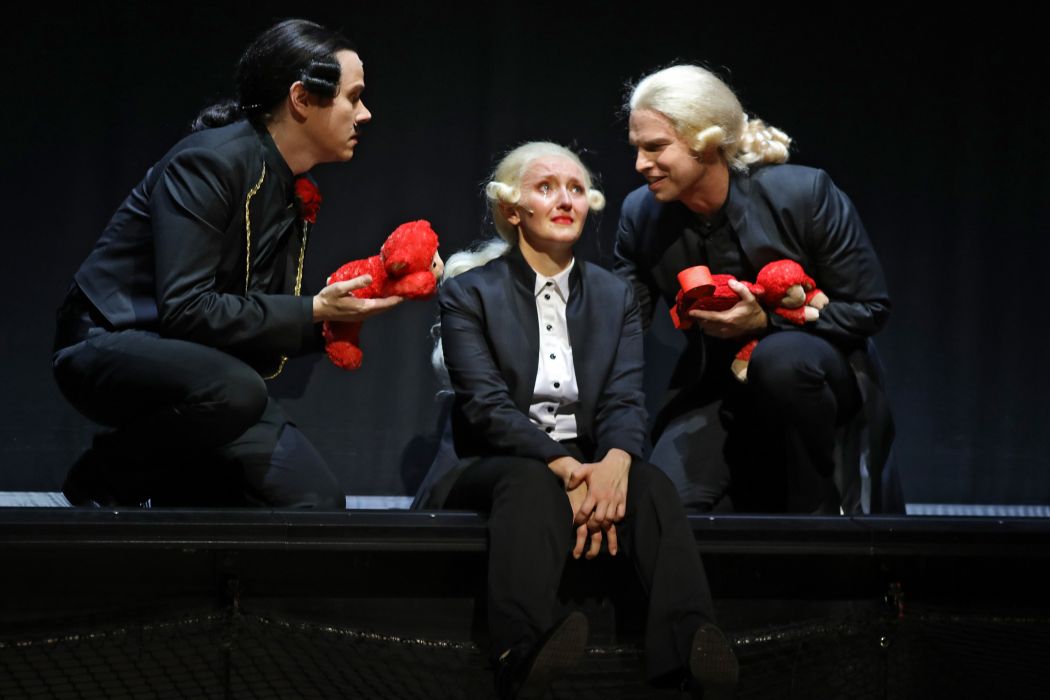 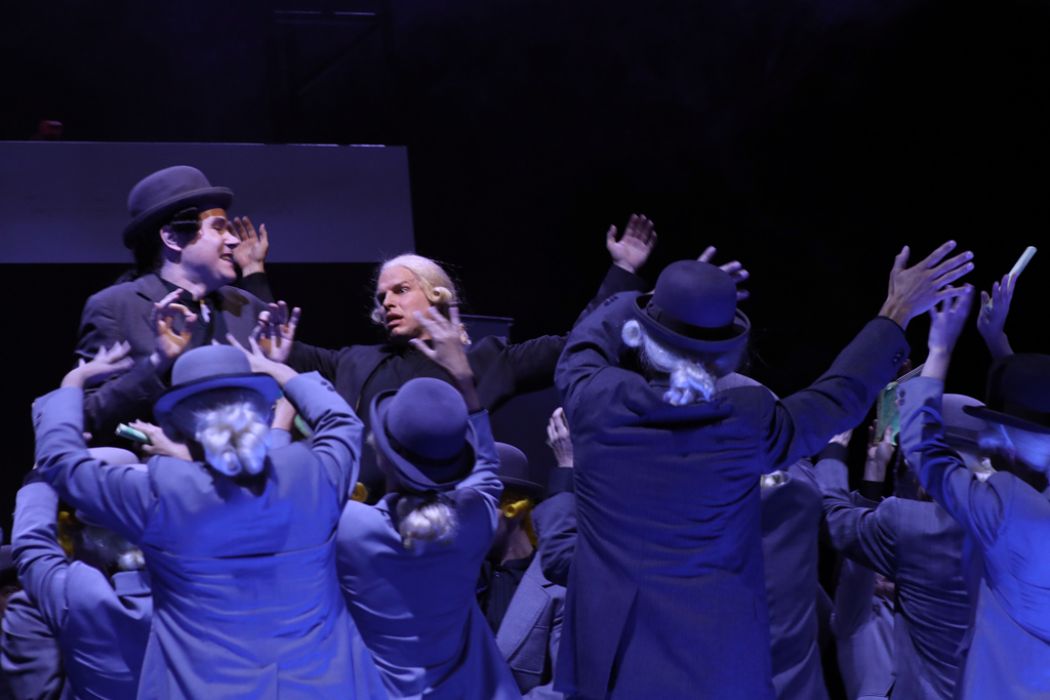 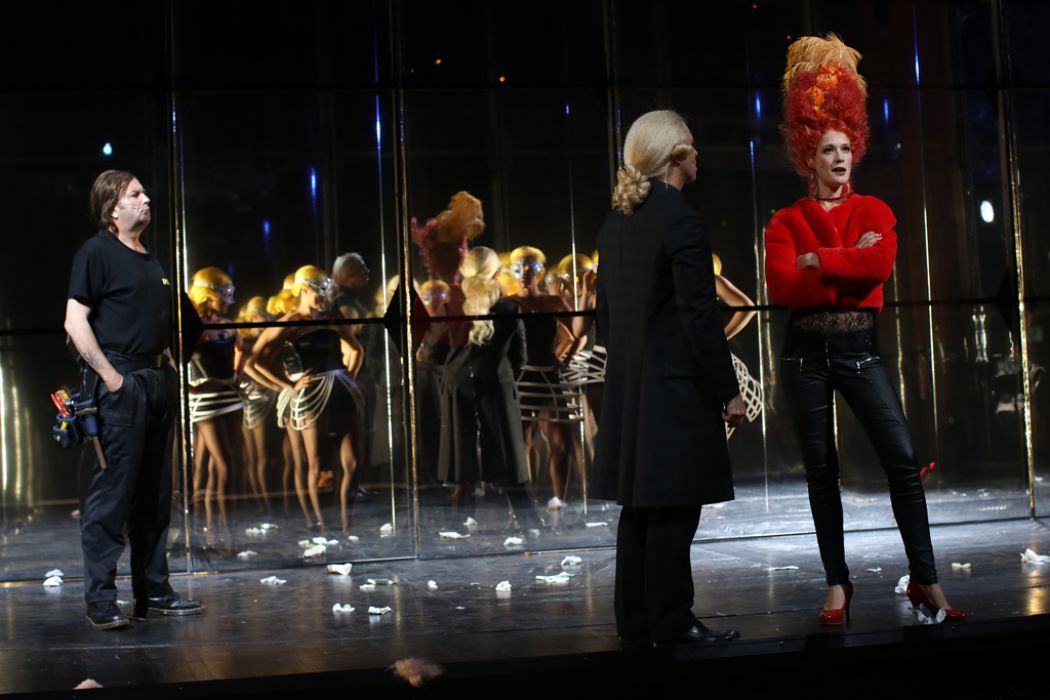 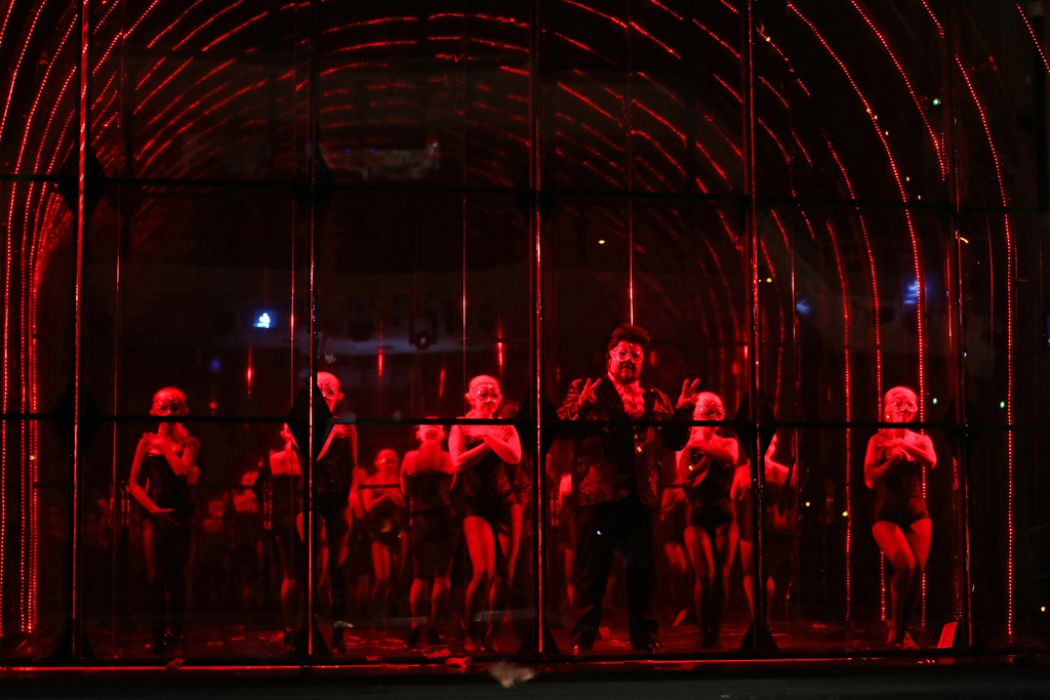 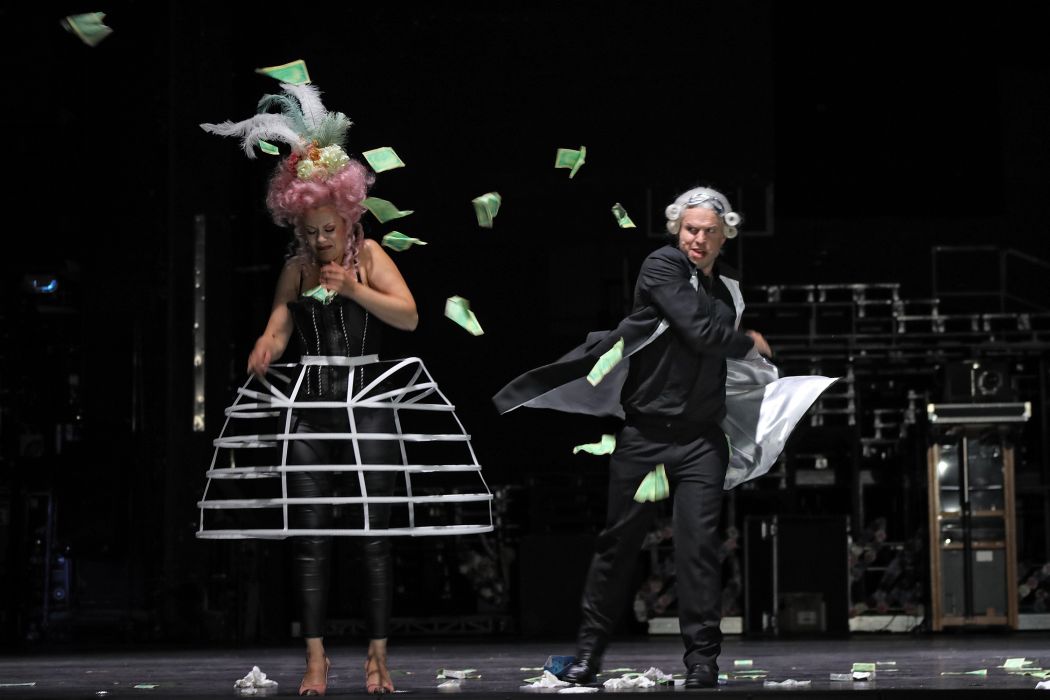 Candide enjoys a sheltered life, growing up in the "best of all possible worlds" in the castle of Baron Thunder-ten-Tronckh in Westphalia. There, he and the Baron's children Cunégonde and Maximilan, along with the chambermaid Paquette, receive an education in the philosophy of optimism by the tutor Professor Pangloss. But after he expresses his wish to marry Cunégonde and seals his intention with a kiss, he is evicted from his supposed paradise for overstepping class bounds. He is forced to go out into the world and face the adversity of life: war and illness, religious and political fanaticism, natural catastrophes, rape and prostitution. He survives, driven by the desire to see Conégonde once more. But upon seeing her again, along with his other former companions in their decadent lifestyle, he is disillusioned. Candide realises that one can only find happiness in small things and must work with one's hands.

In his music, Bernstein emphasises the irony and levity of Voltaire's original novel and cleverly switches from familiar, colourful themes to the stylistic techniques of the musical and operetta genres.

The director and author Martin G. Berger's translation of "Candide" in a new version by John Caird from 1999 is both the German premiere and his first production in Weimar. He has previously worked at theatres in Dortmund, Hannover, Berlin and Bremen, and recently directed a dual production of "Il tabarro" and "Gianni-Schicchi" at Theater Bremen.