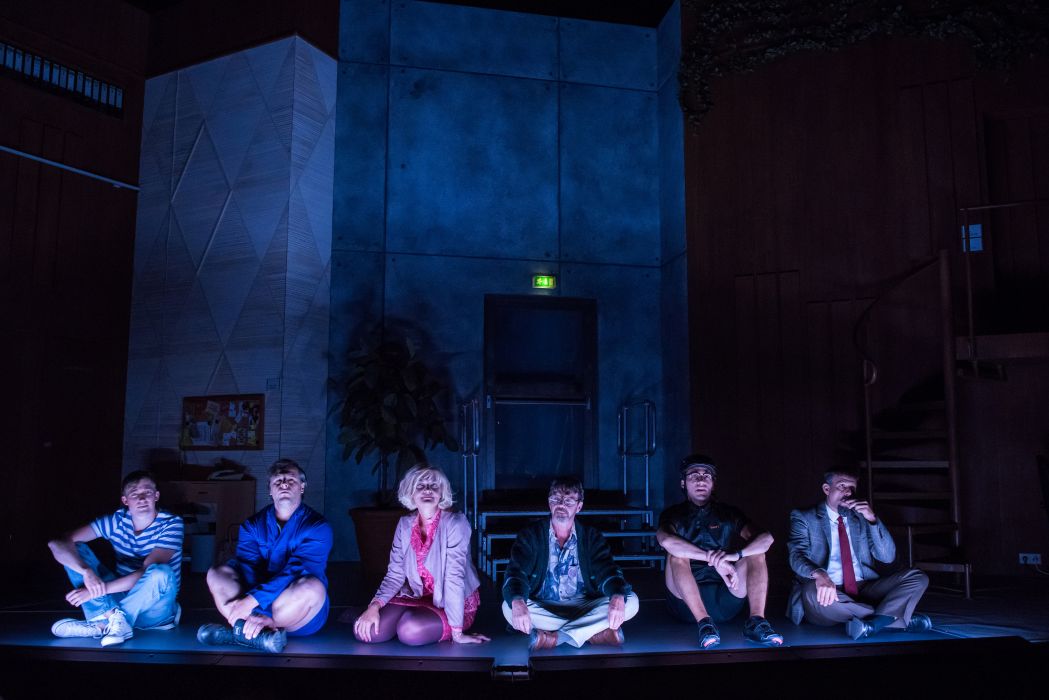 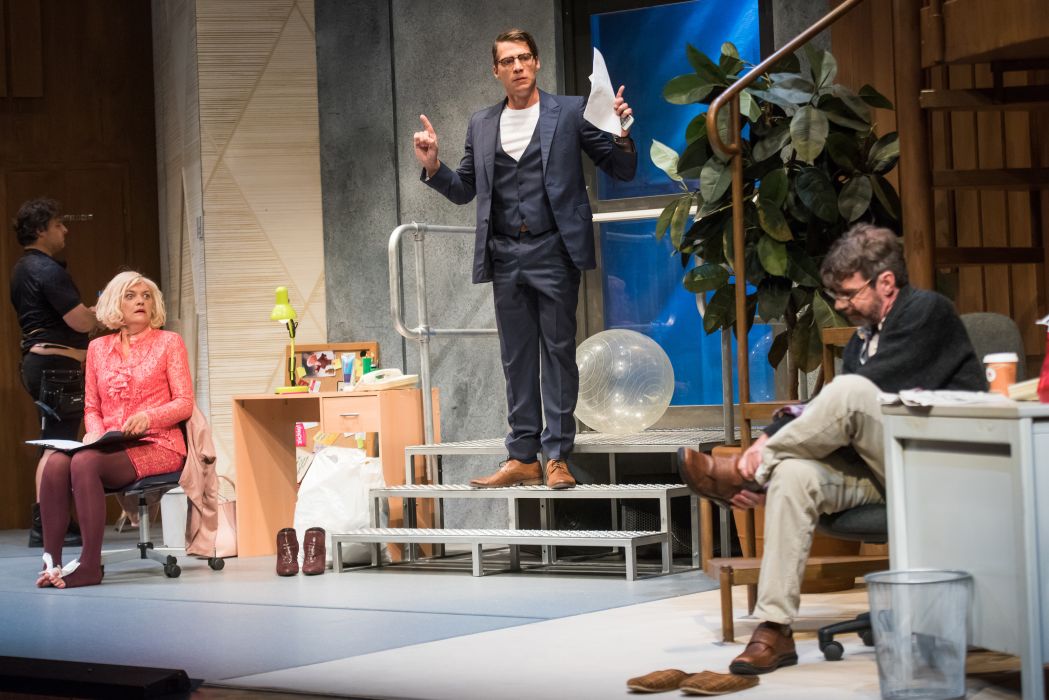 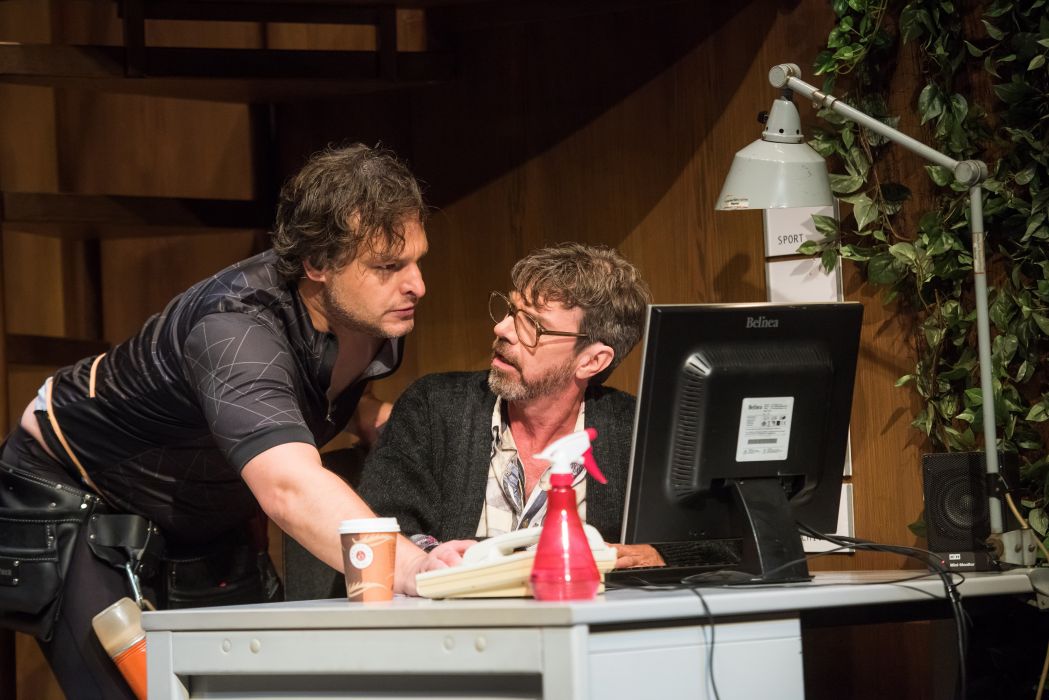 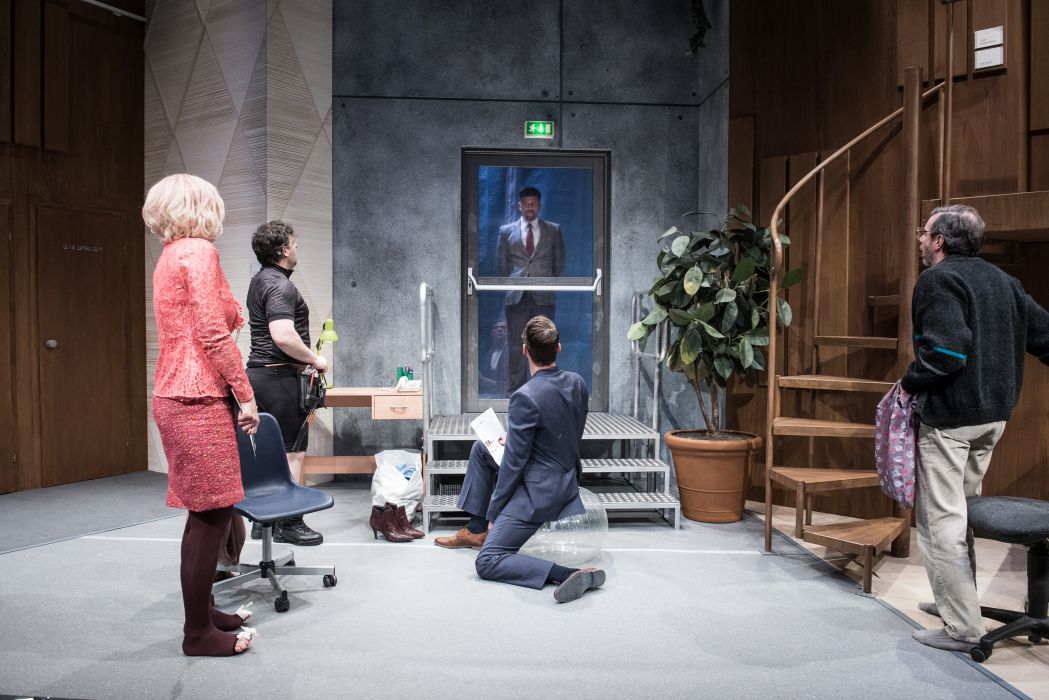 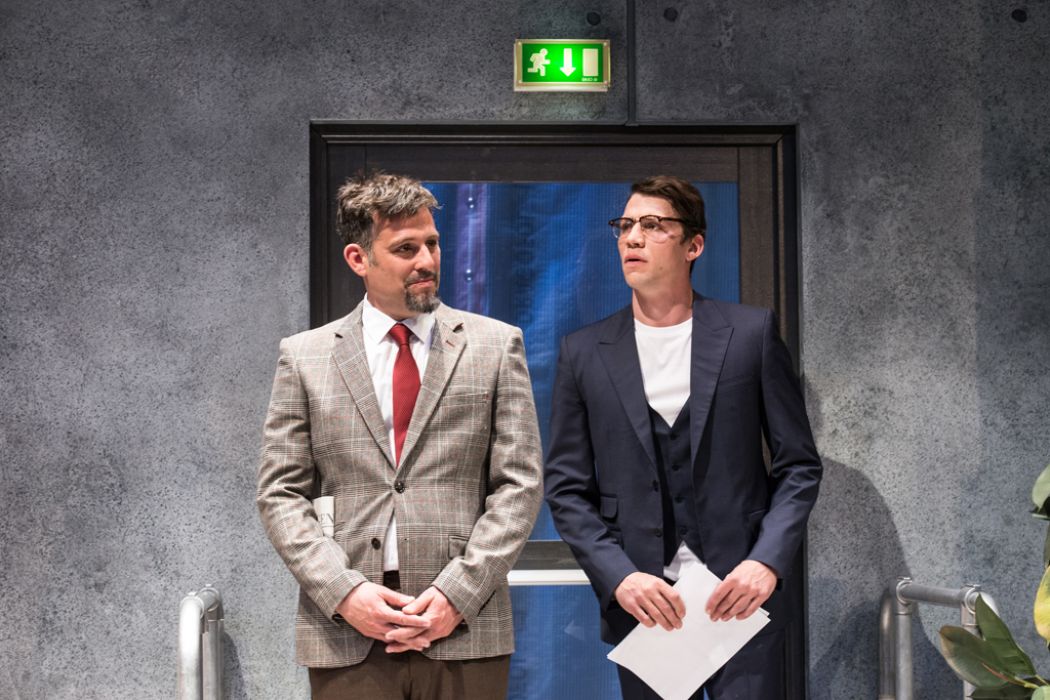 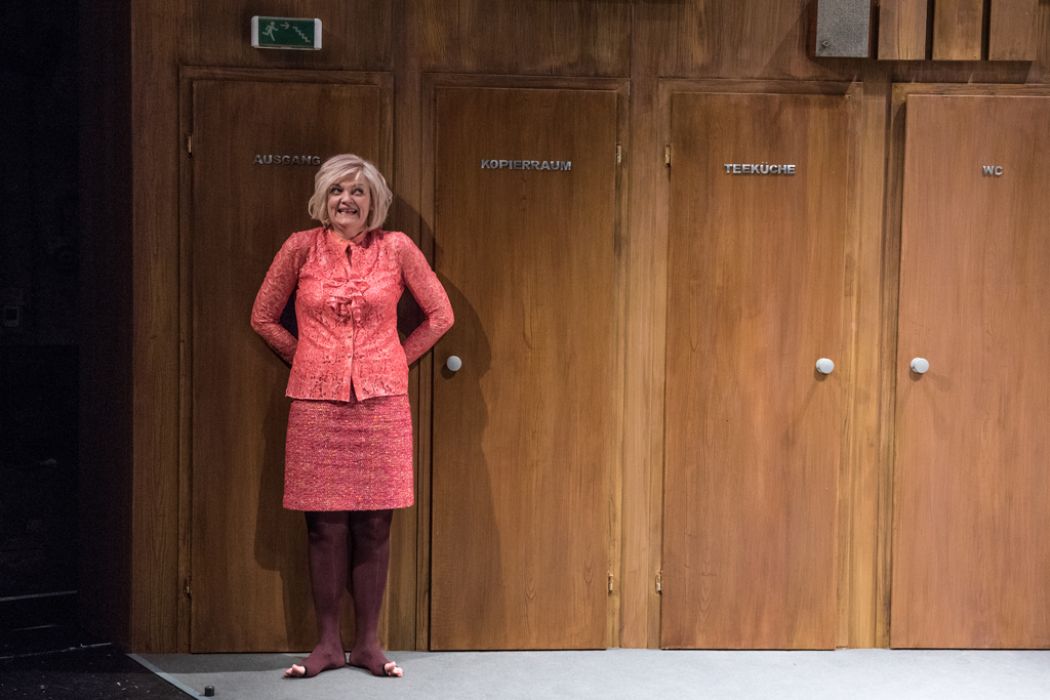 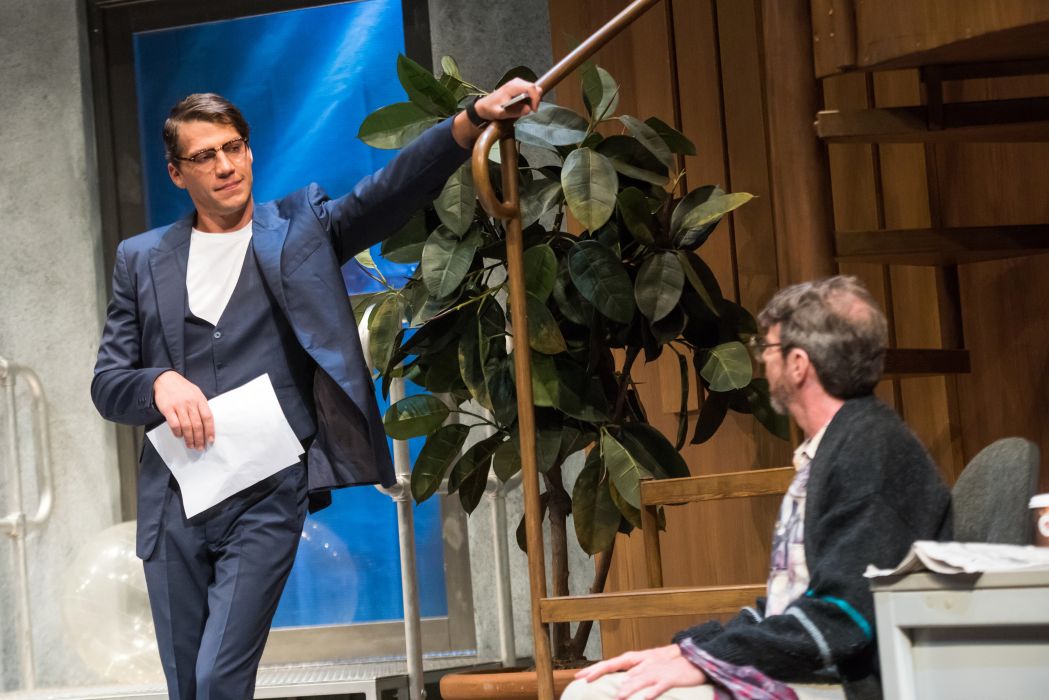 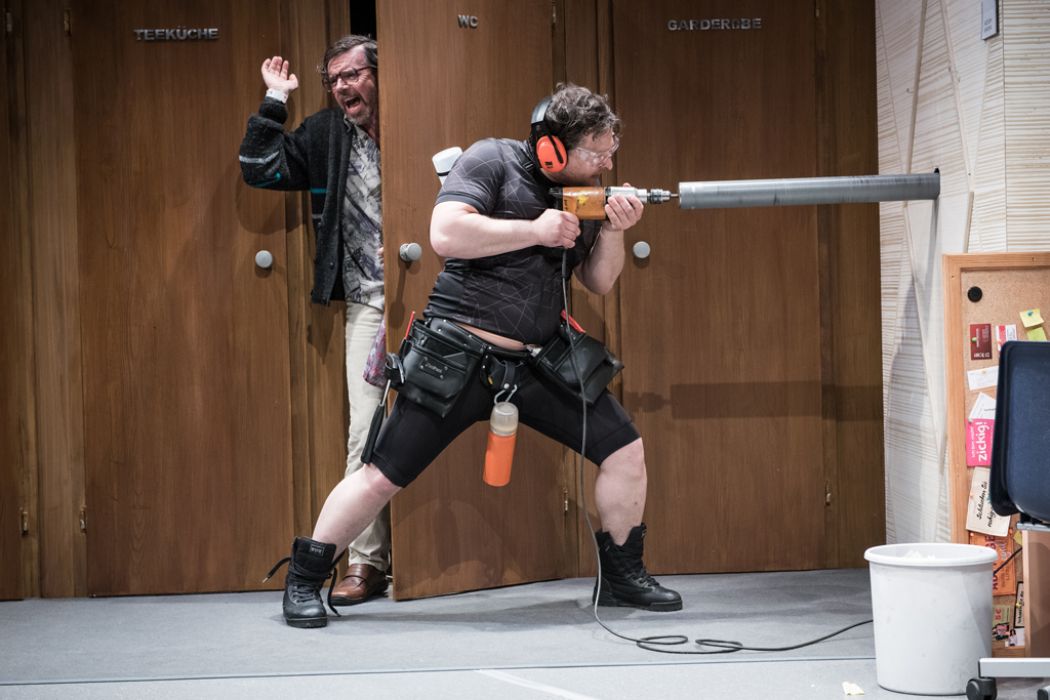 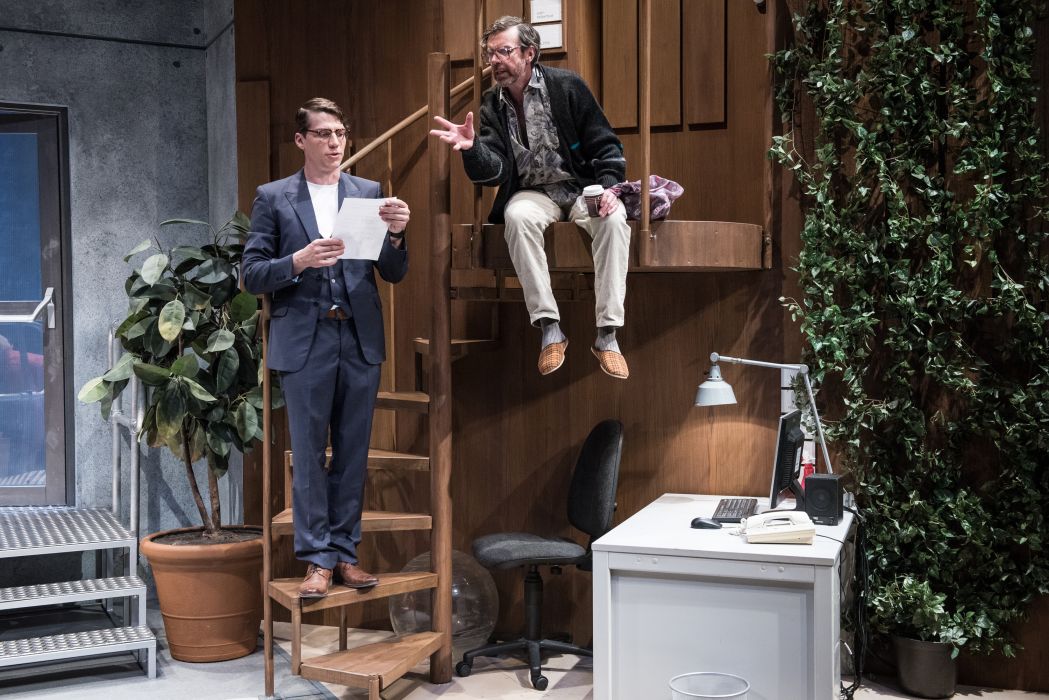 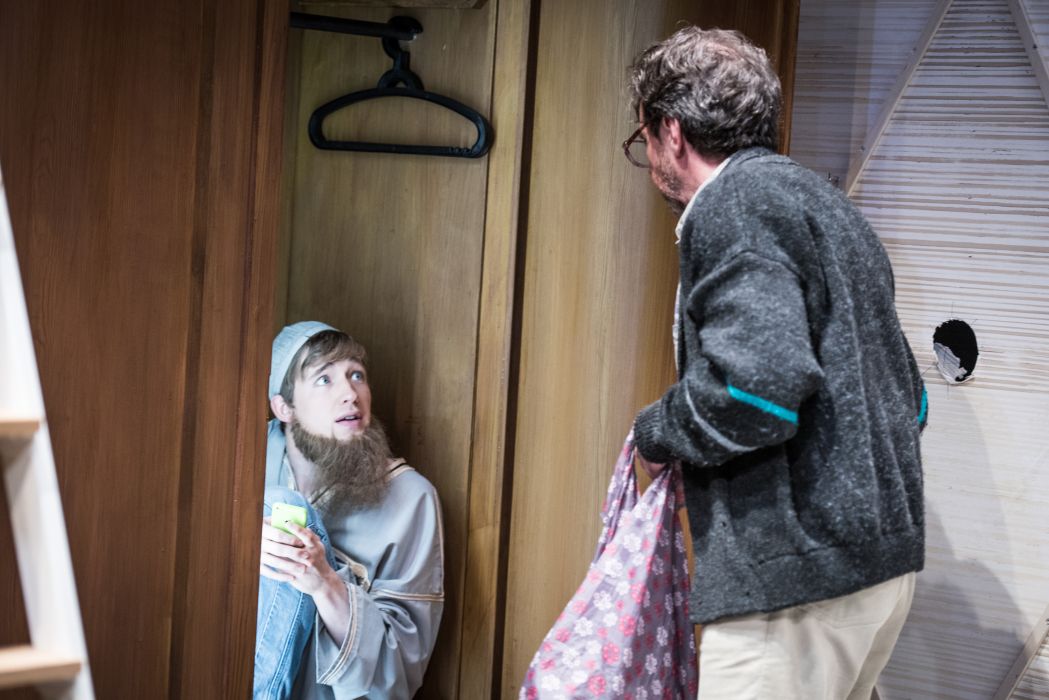 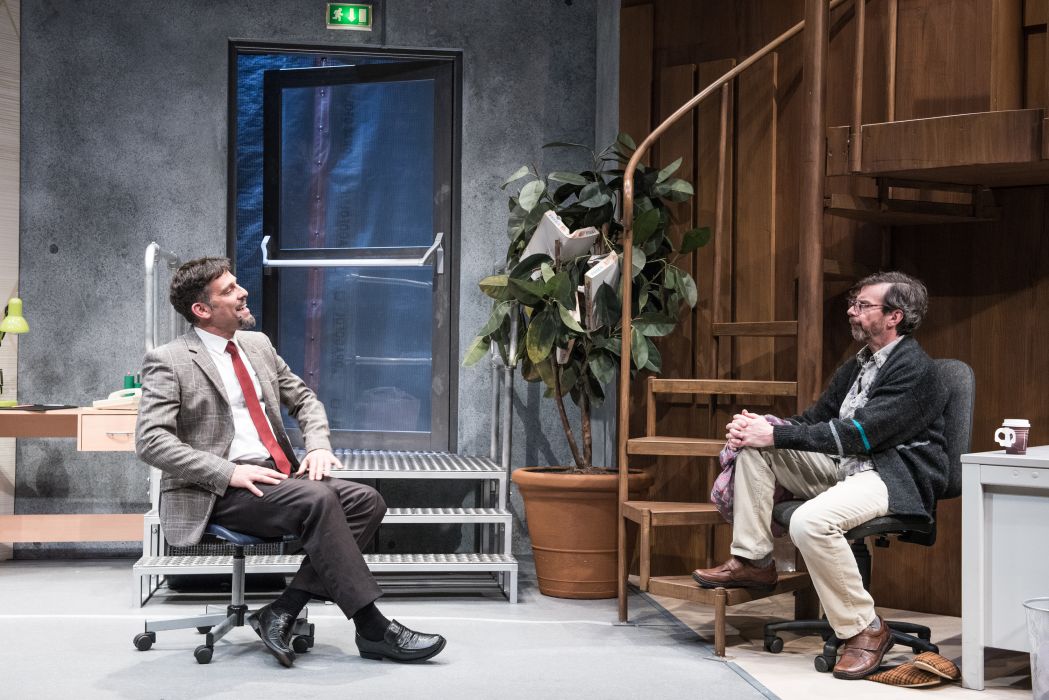 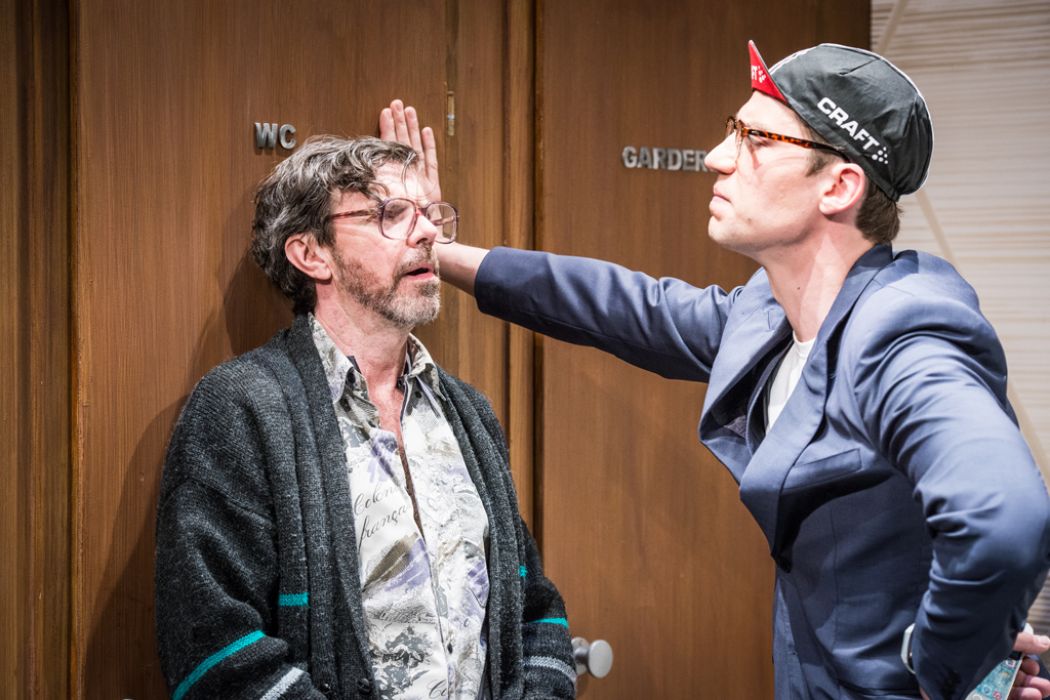 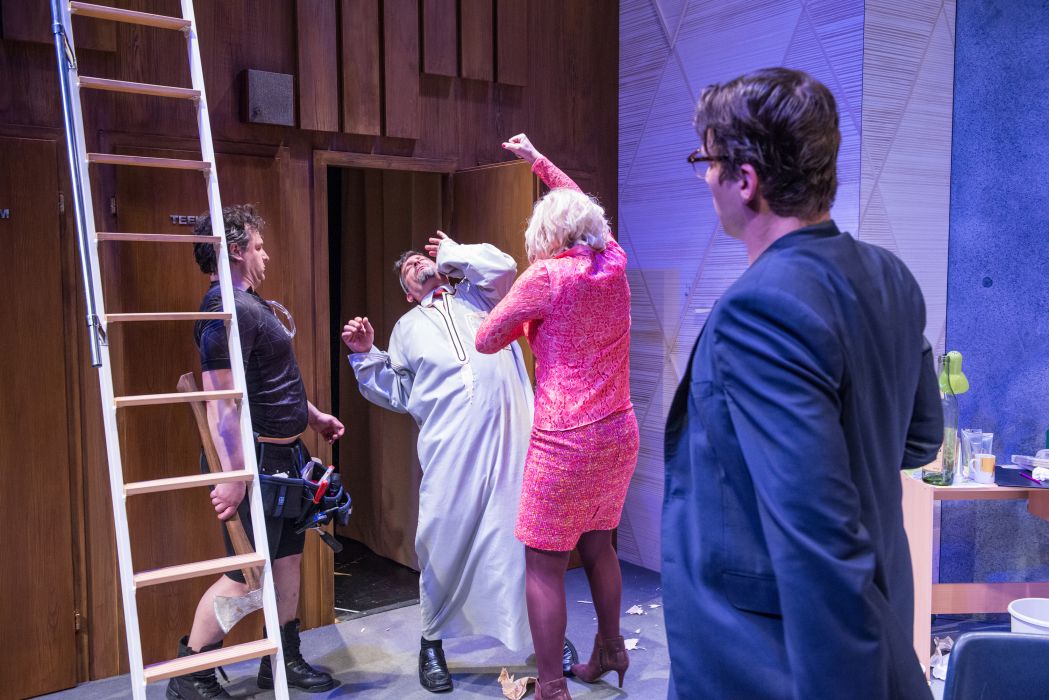 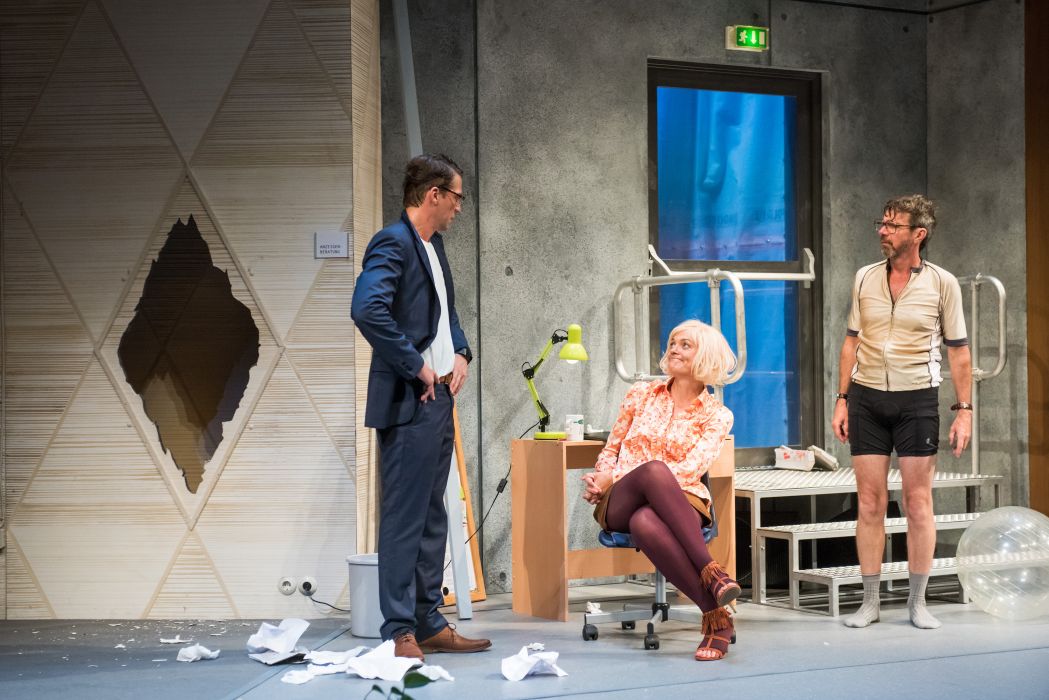 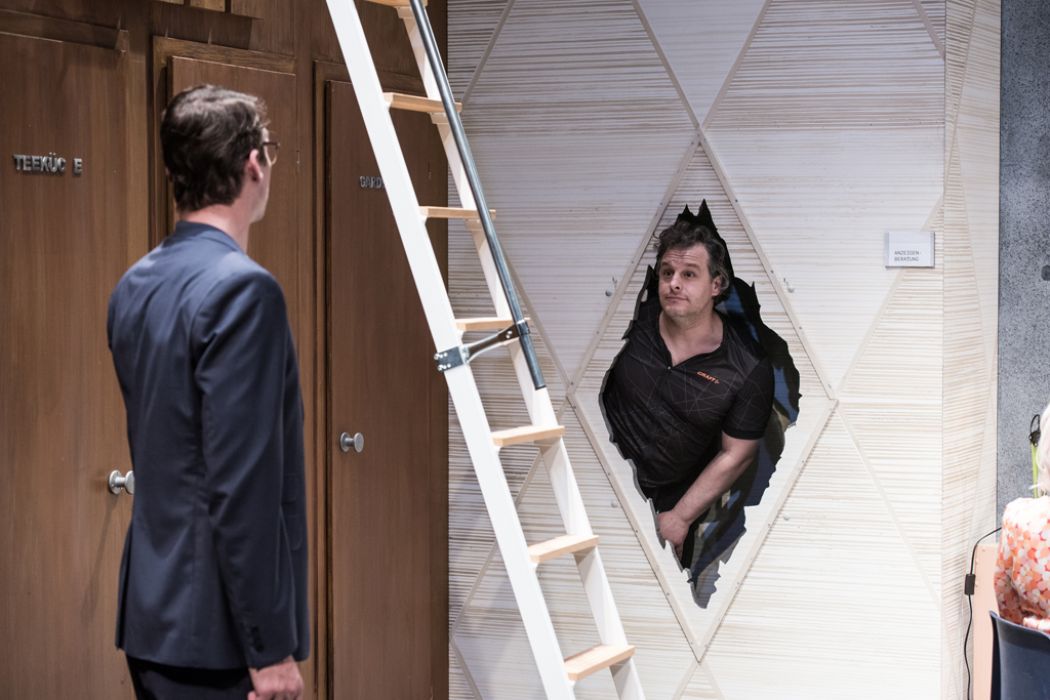 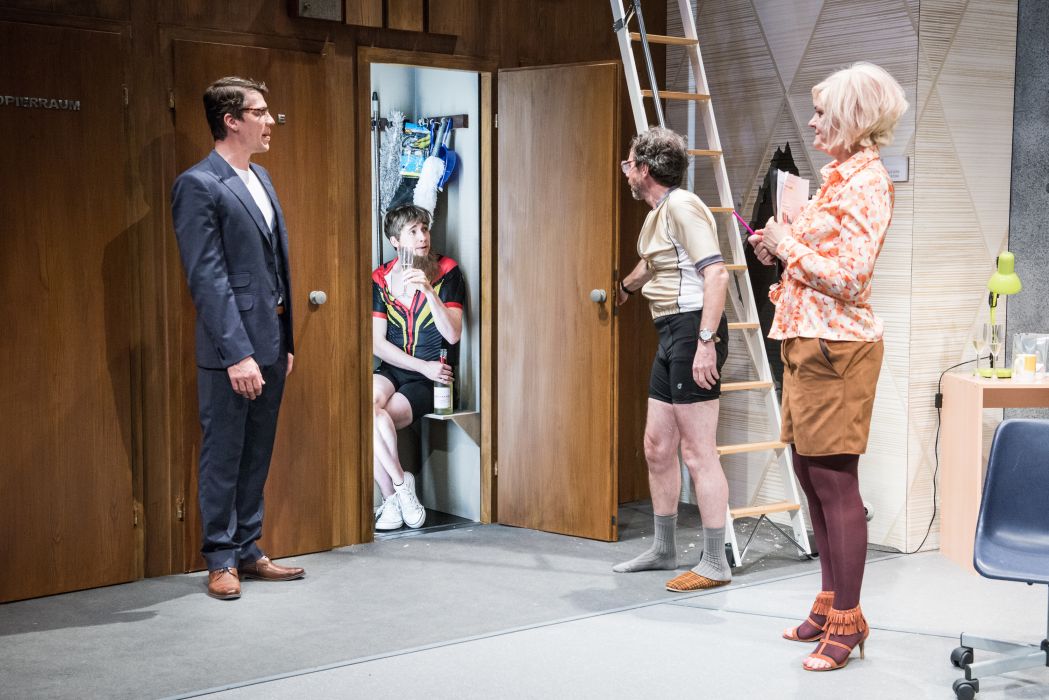 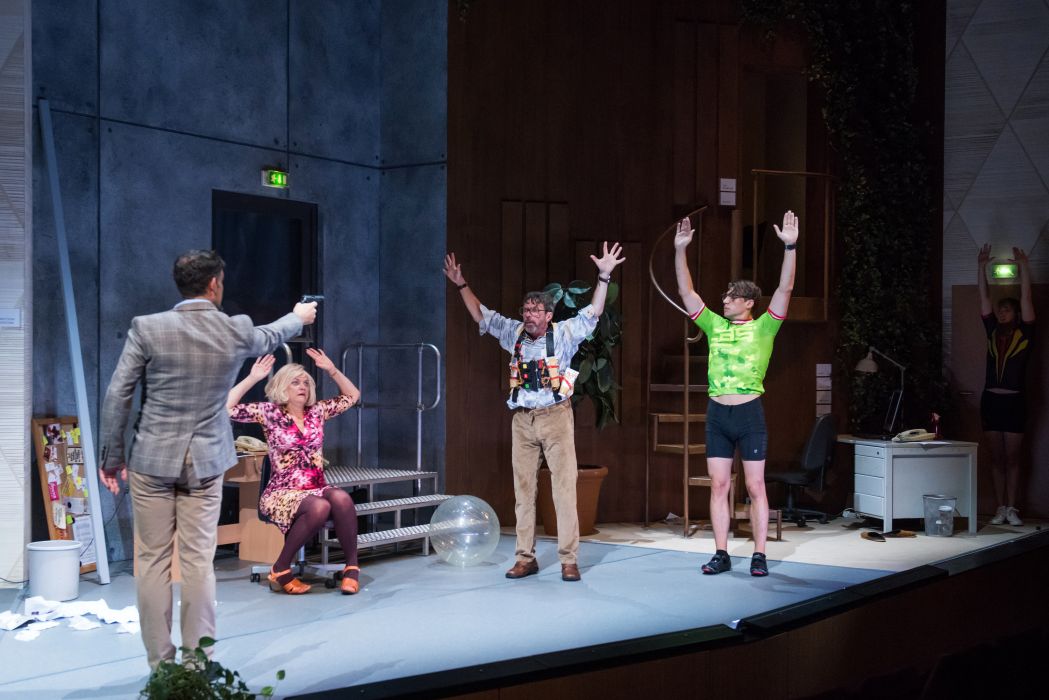 At the centre of the so-called "lying press", a severely down-sized, small-town newspaper struggles to stay afloat. Peter, a former prize-winning sports journalist who now has to write for all the sections including the jokes page, longs for journalism that is based on well-researched facts. But he's stressed. He has no time. He's exhausted. The new managing editor Daniel is the incarnation of the kind of journalist he despises: young, dynamic, forever in pursuit of the next big story.

Marina, in charge of ad sales, has had enough of this endless bickering between her colleagues. She thinks they've got to listen to people more. She finds Peter's theory especially enlightening, namely that terrorism also has a positive side in that it brings people closer together.

Amidst the stress of everyday life and the embarrassment of falsely reporting the death of the ailing mayor Kurz, the newsroom receives a terror warning.

Is the letter for real? What would happen if they published it? Would it strengthen the position of right-wing populists who have a good chance of winning the mayor's seat? Could Heiko, Marina's nephew, who apparently radicalised out of the blue, have something to do with the matter? What is more important when a deadline is fast approaching and there's not enough time for fact-checking? The duty to inform the public or to prevent escalation?

Just when this problem seems to be resolved, a much more disturbing report comes in – from this moment on, bombastic times descend on the newsroom!

In his new comedy, Jan Neumann explores the question of how much terrorist is in each one of us, how to build a bomb from a safety belt and old diaper ointment, and whether the "lying press" is truly capable of lying in the post-factual age.

A co-production with the Ruhrfestspiele Recklinghausen

Premiered at Ruhrfestspiele Recklinghausen on 11th May 2017