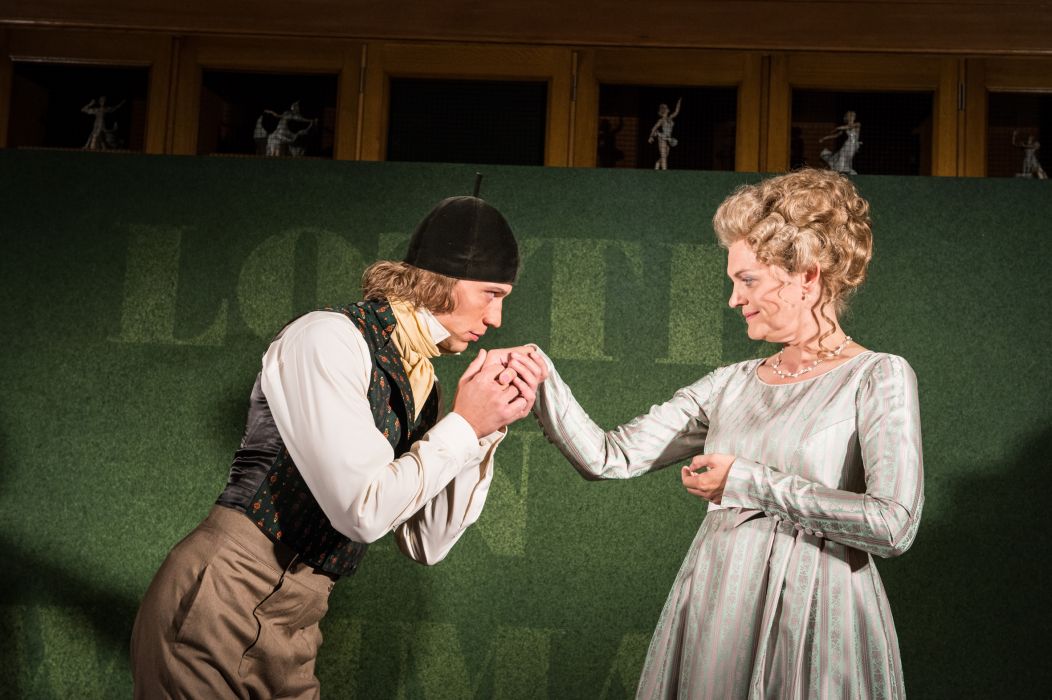 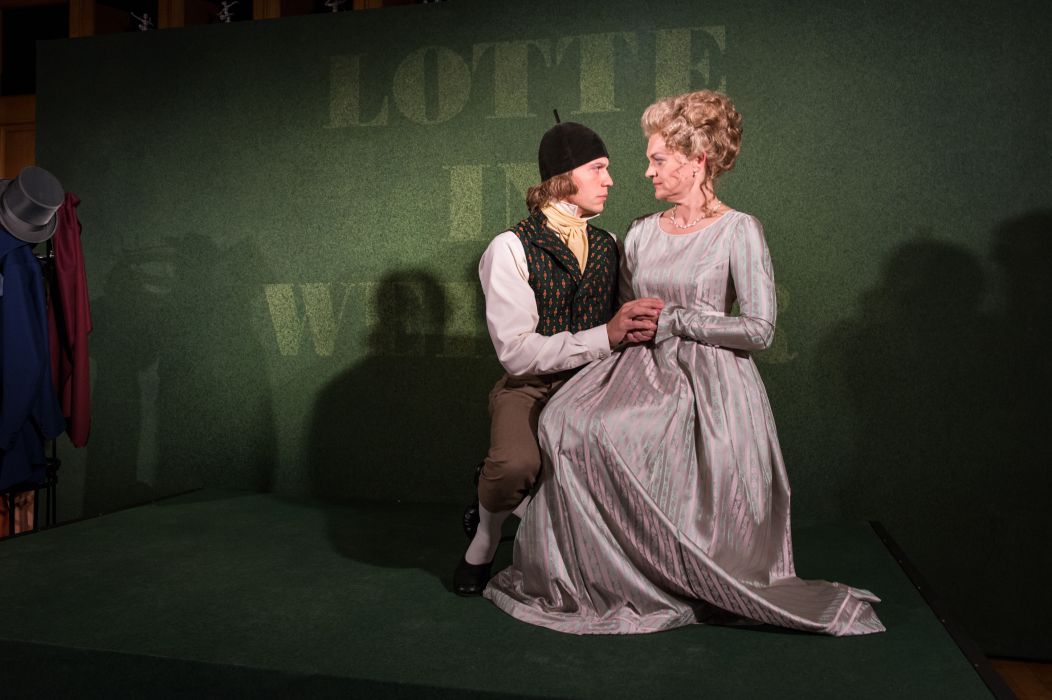 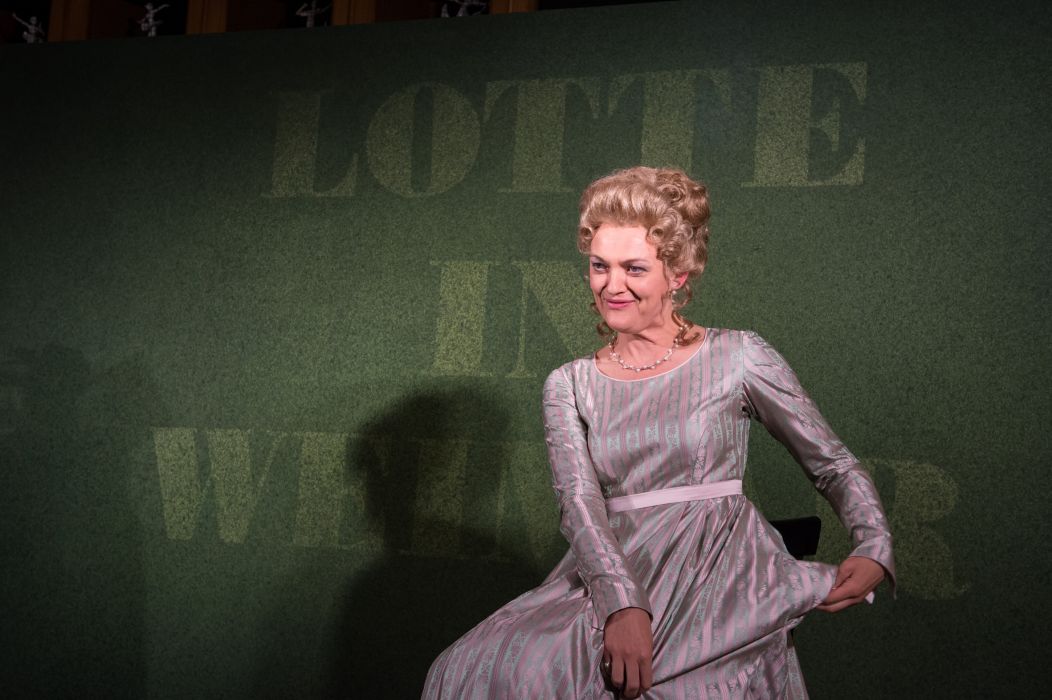 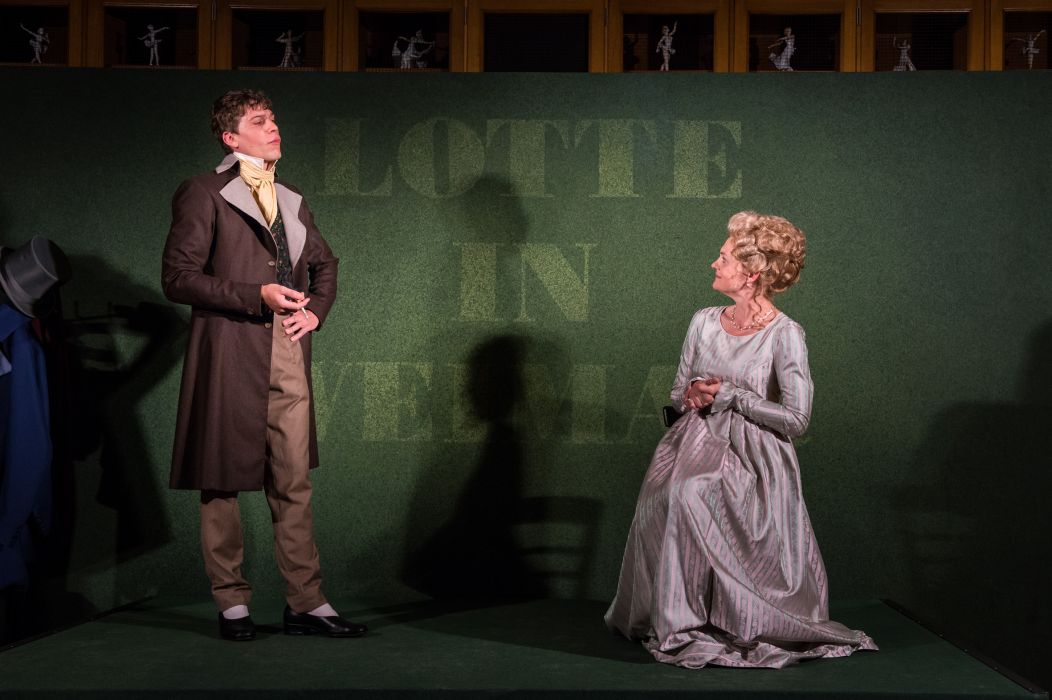 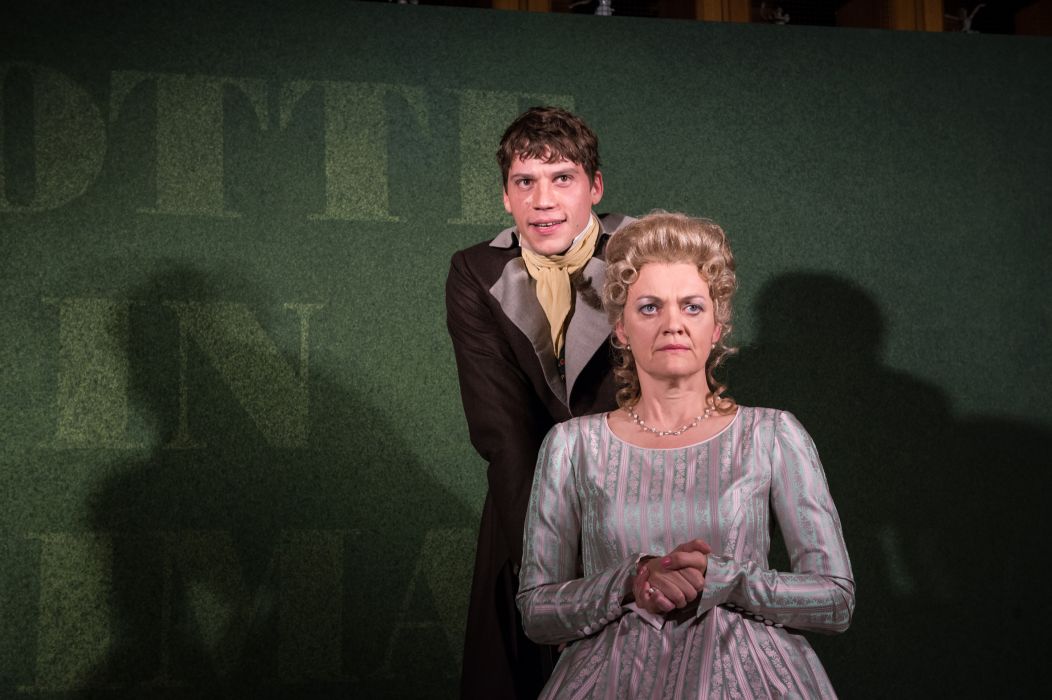 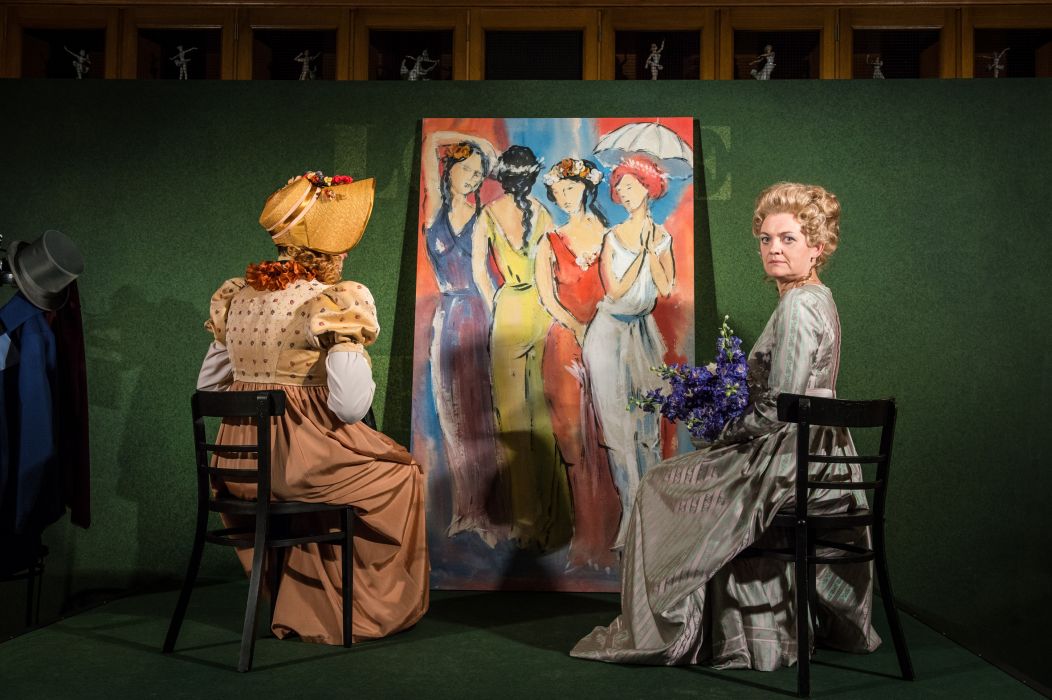 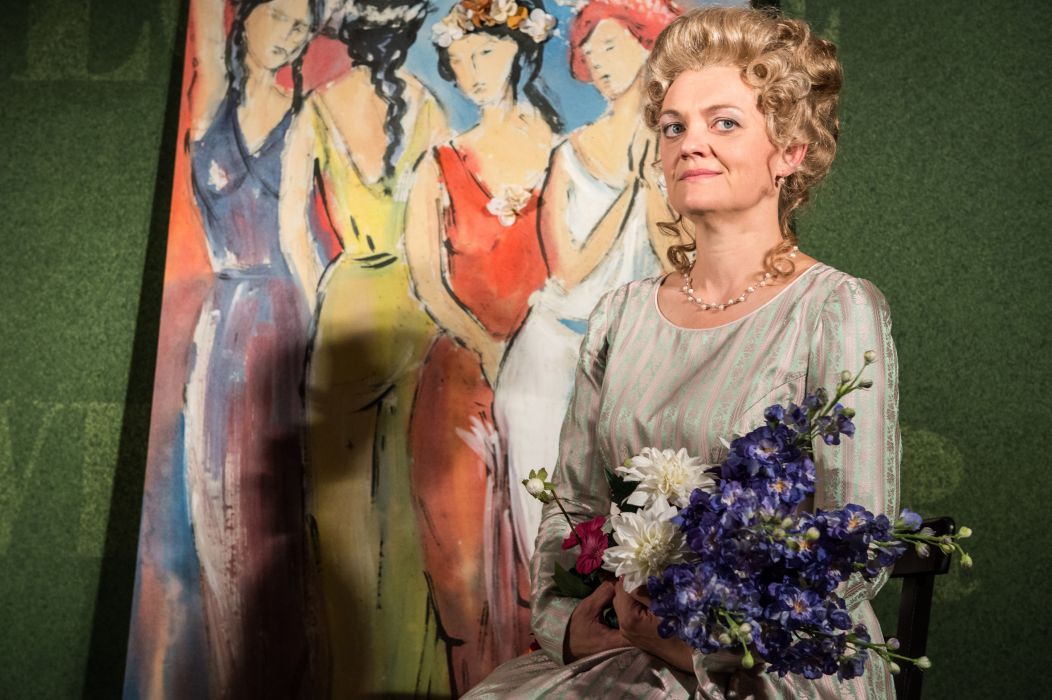 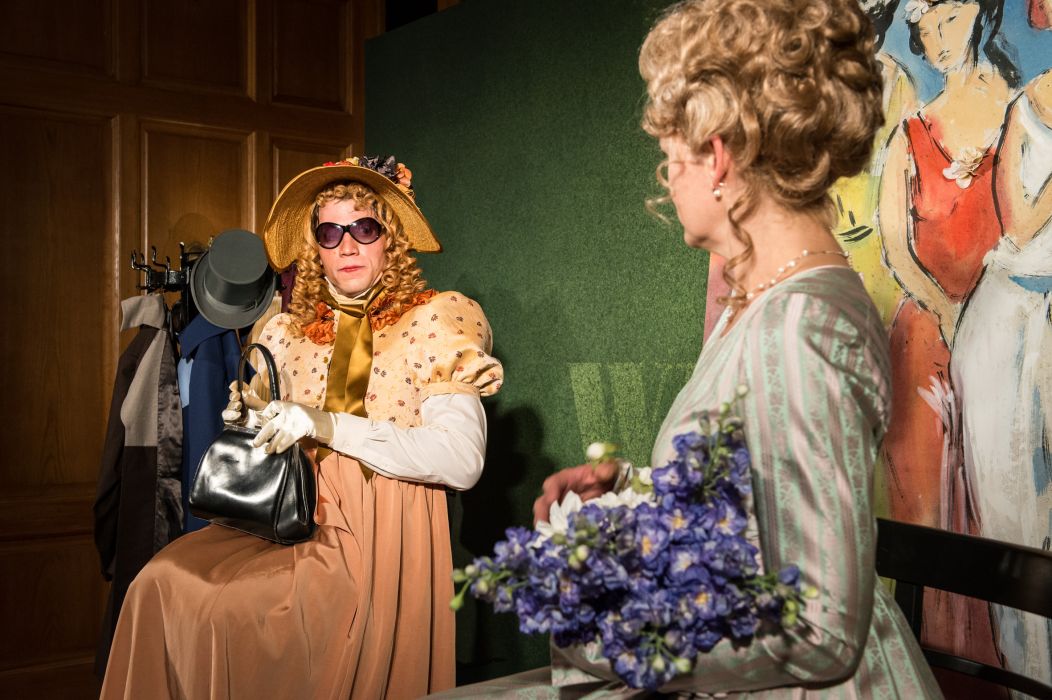 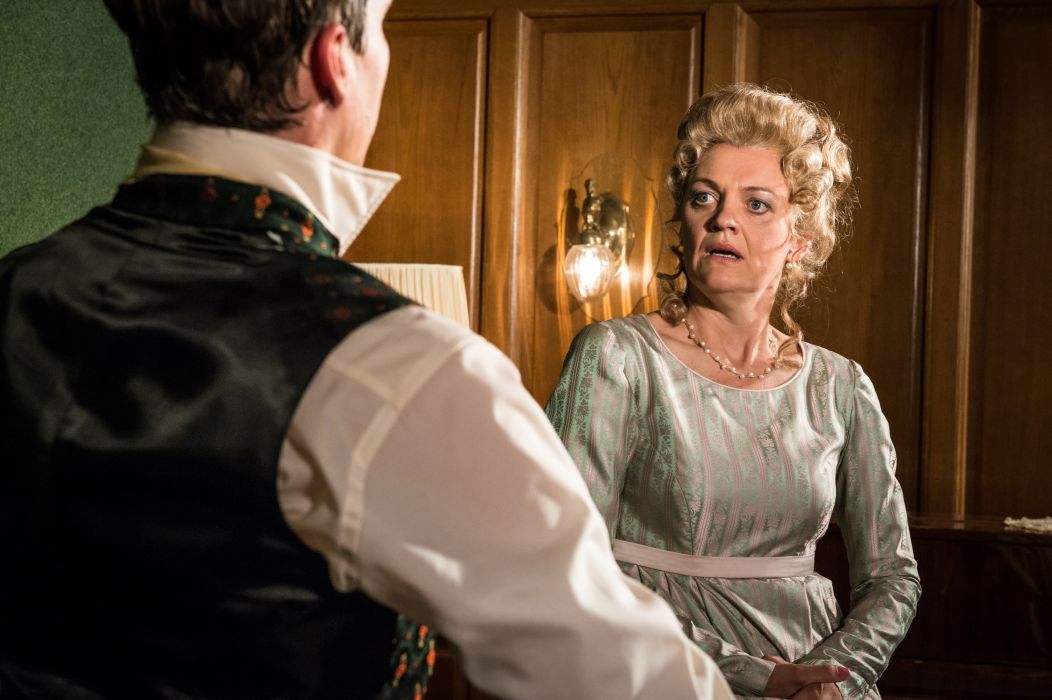 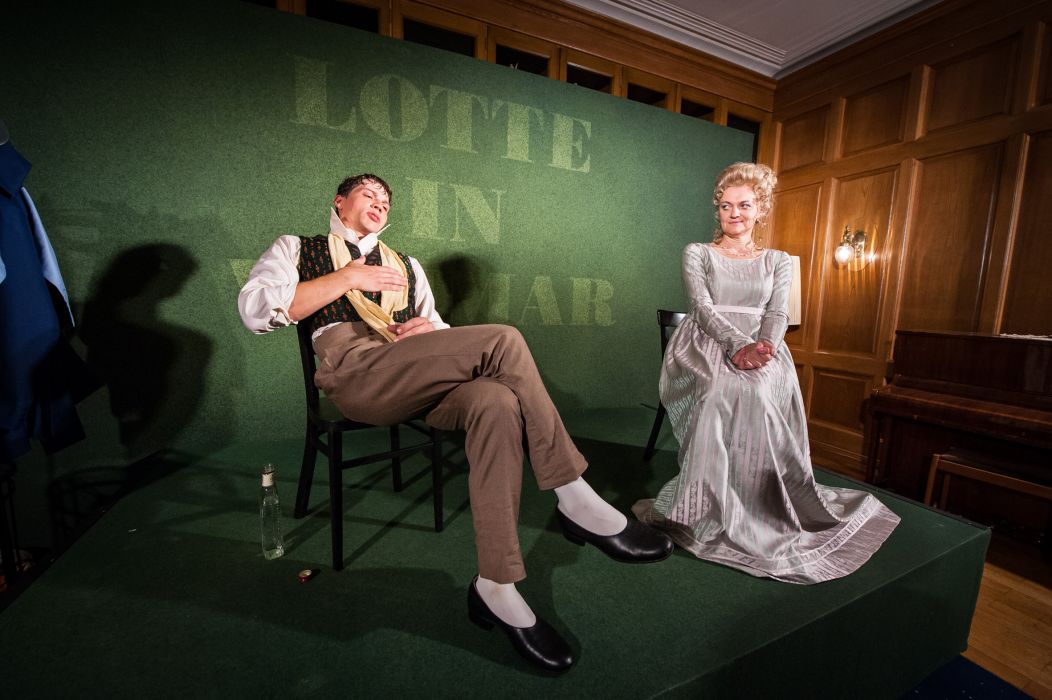 based on the novel by Thomas Mann

A project in cooperation with the Hotel Elephant

The year is 1816. Weimar is up in arms. Charlotte Kestner, née Buff, the archetype of Lotte in »Werther«, the youthful literary escapade by Germany’s prince of poets Goethe, has just arrived at the Hotel Elephant to visit ..., no, not the poet, but rather her dear relatives. But might there also be a spark of interest in what has become of that fiery poet who courted her 44 years ago? She is not the only one who is curious, though. The citizens of Weimar are anxiously awaiting a glimpse, or perhaps a chance to meet the lady who the »Master« had idolised as his muse years ago. And so she is met by a steady flow of people, all of whom are now apparently quite close to the world-famous man. They all want to speak about HIM, whom they adore and despise, whose greatness both ennobles and oppresses them. Instead of invoking a tender memory of her meeting with Goethe in all secrecy, Charlotte is forced to hear the confessions of her visitors.

Finally the much anticipated invitation to dinner arrives. But the reunion she has long dreamed of never takes place. The prince is merely holding court! And Charlotte Kestner discovers what she has long suspected – »A great man is a public burden«.

Thomas Mann’s novel impressively describes the atmosphere of the small German town of Weimar which feels beholden to greatness but can hardly bear the burden it brings. It also tells of the vain loneliness of the extraordinary German poet who will not tolerate anyone in his presence who is his equal, yet also despises closed-minded provinciality.

Our play will be performed where the action takes place – at the Hotel Elephant.

You want to stay at the same location? The Hotel Elephant offers a special package.