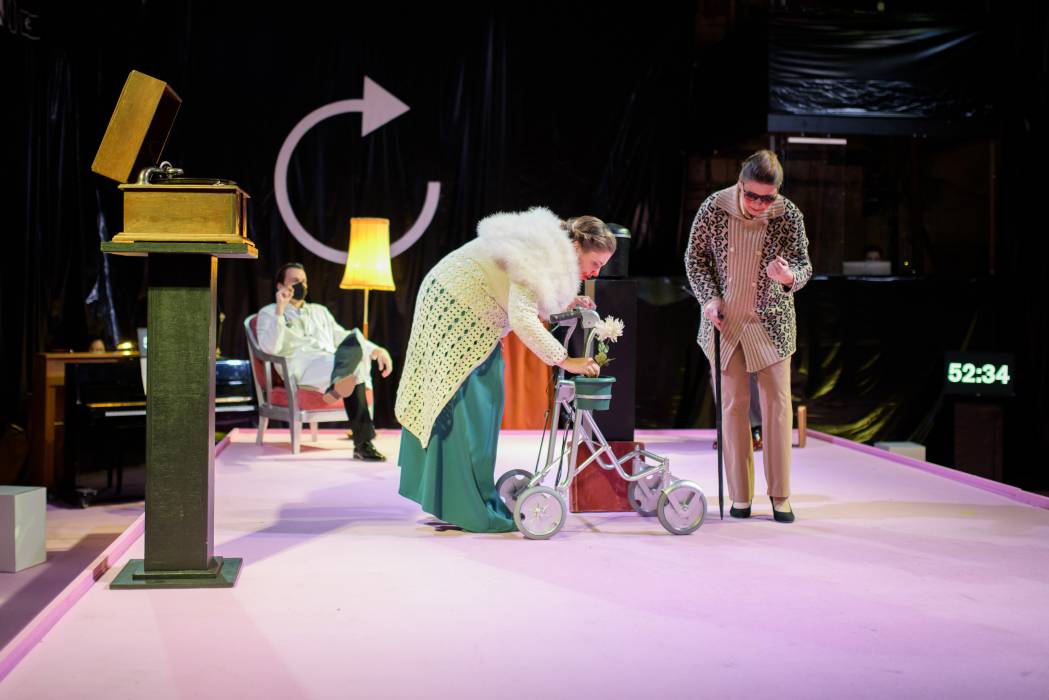 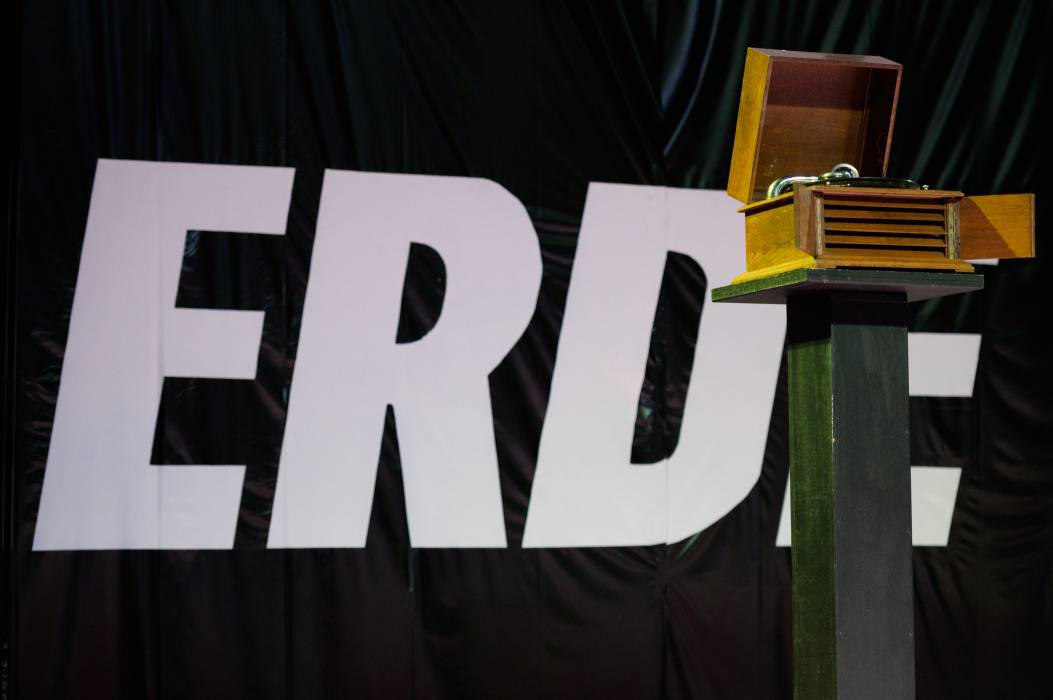 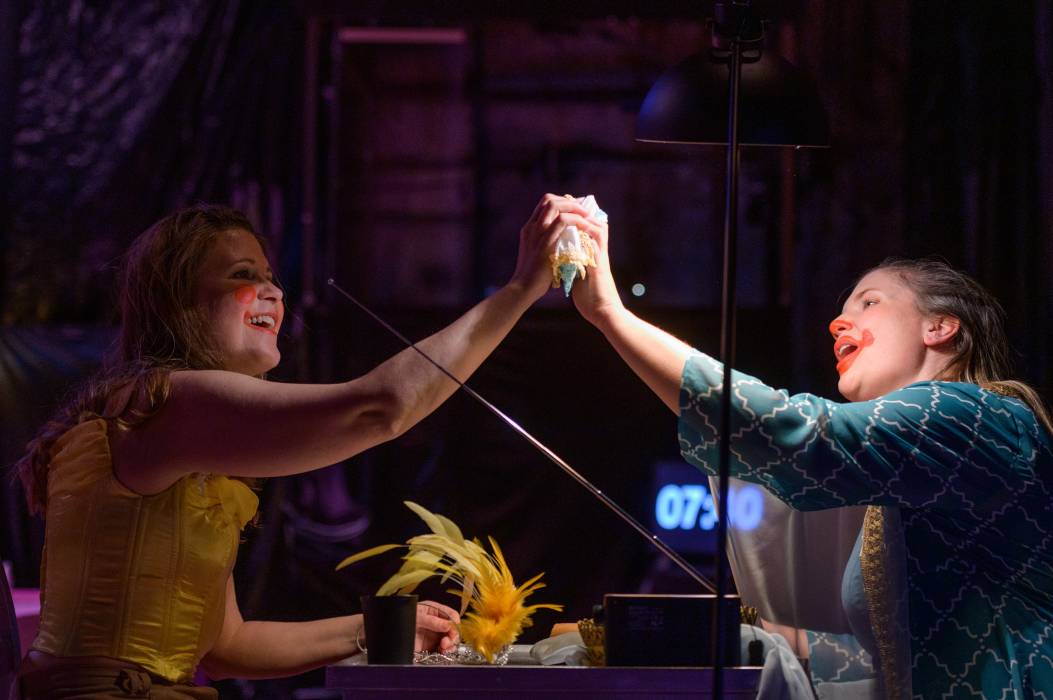 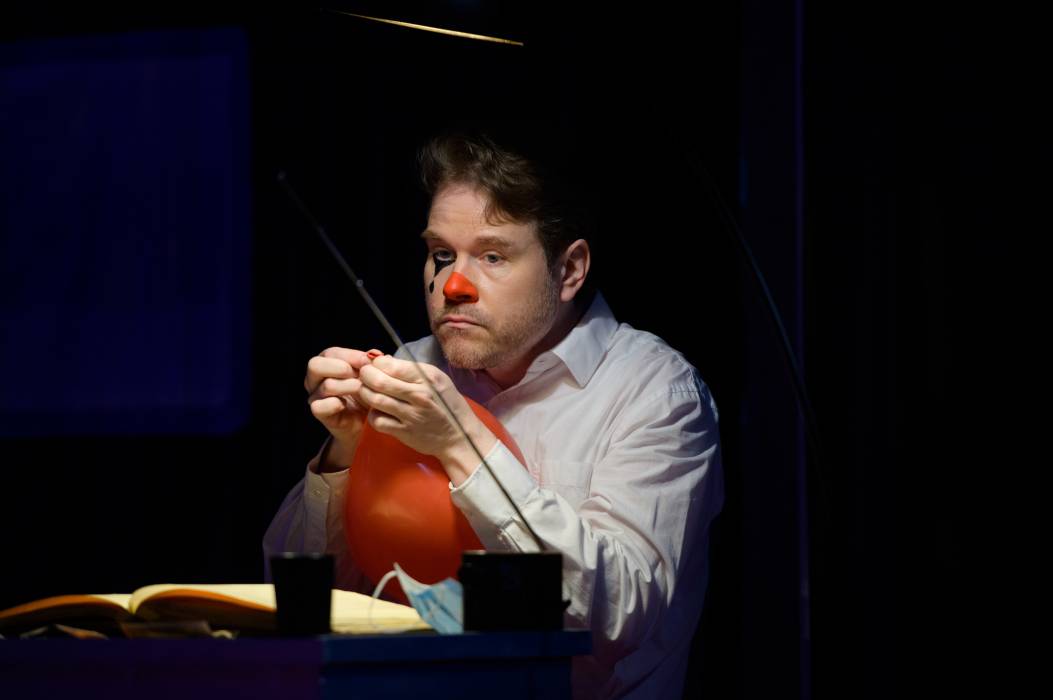 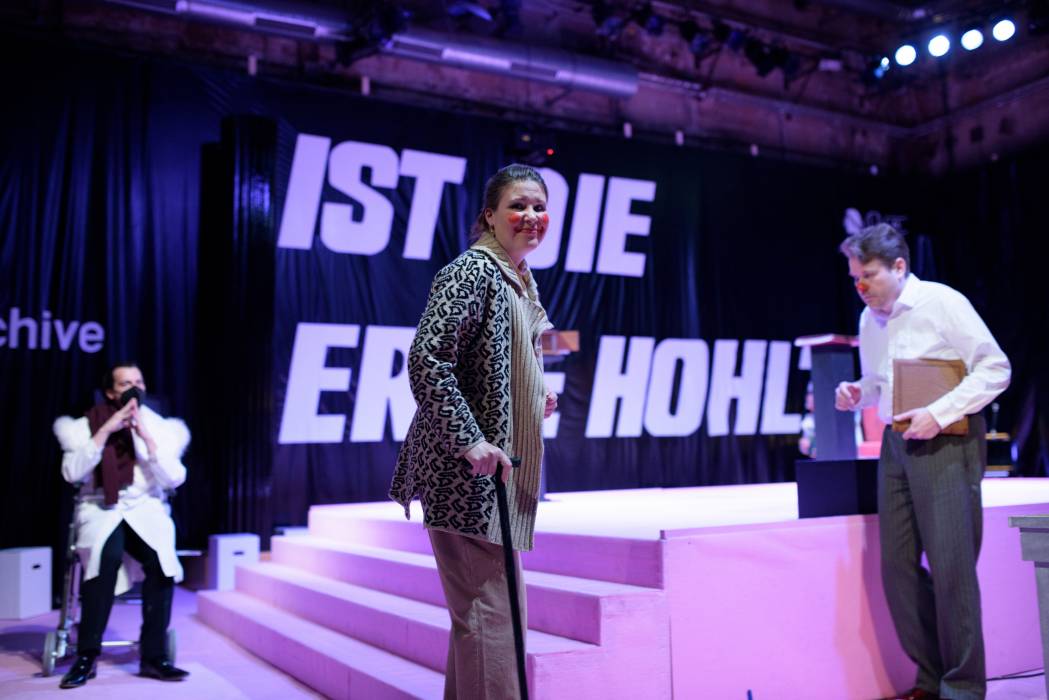 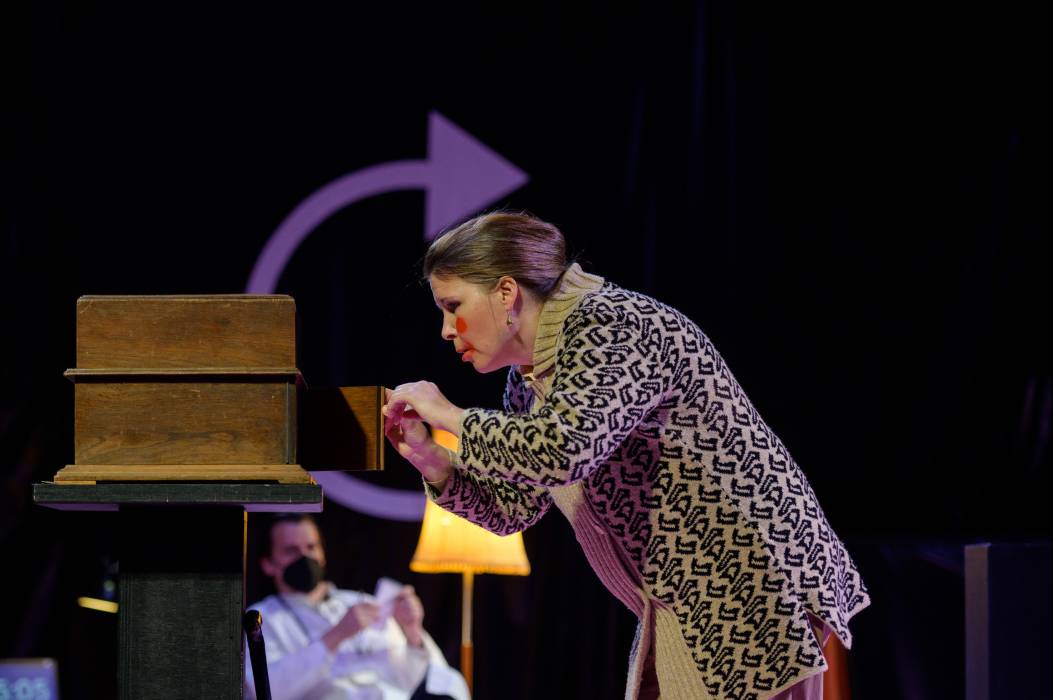 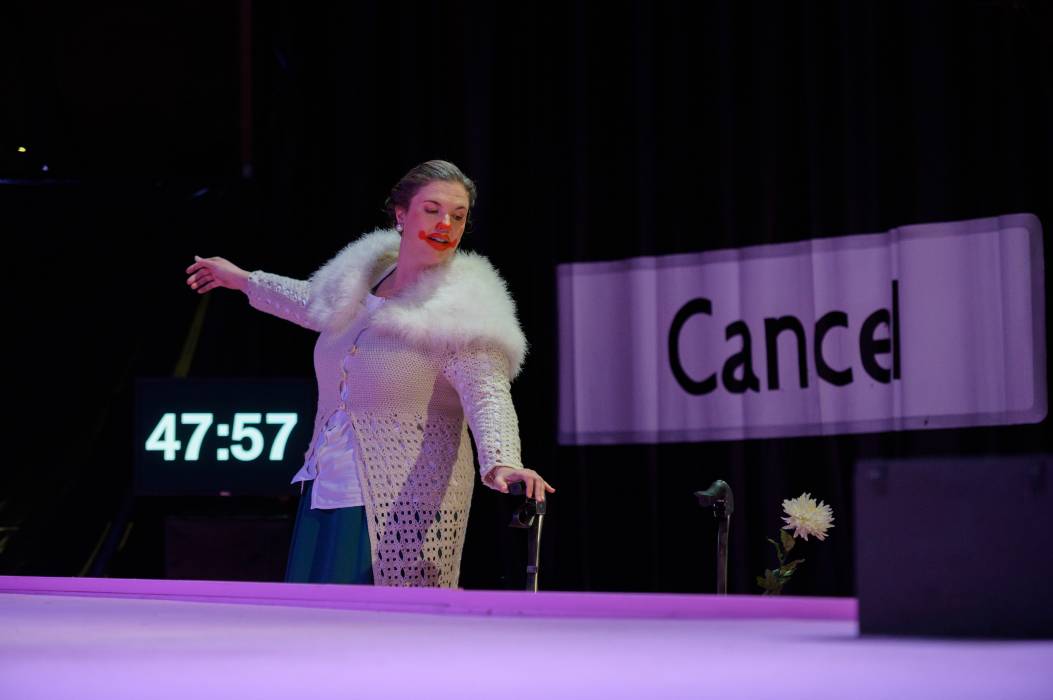 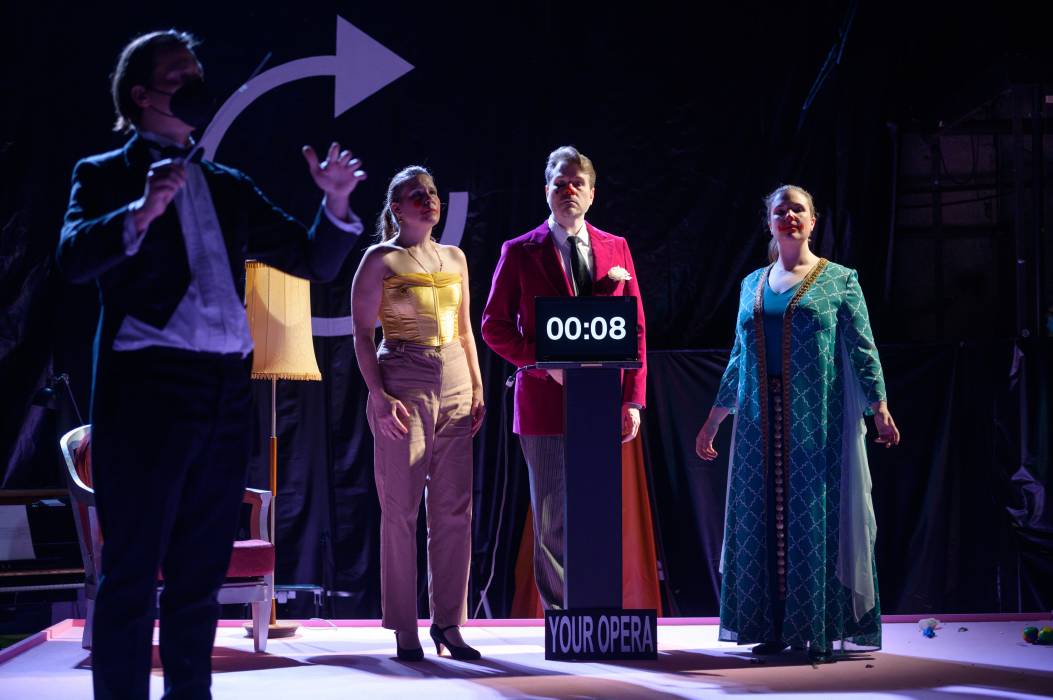 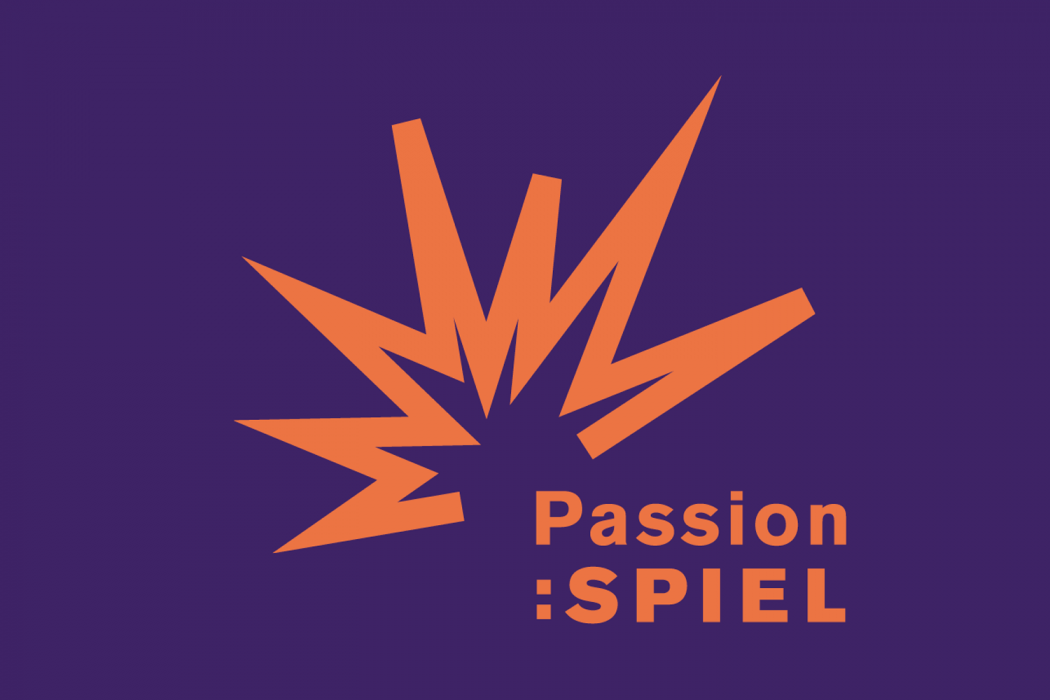 To kick off Passion :SPIEL, »Europera 5« builds a bridge between the old and new worlds, tragicomically linking melancholy farewell with hopeful overture ...

In the fifth and last part of his »Europera« series, and thus in one of his last compositions, John Cage, the undisputed hero and most important initiator of New Music Theatre after 1945, completely dismantles European opera into its component parts. The exactly one-hour performance for singers, piano, gramophone, light, audio tape, television, radio and random generator weaves loose scraps of the canonical opera repertoire into a fascinating fabric. A music theatre archive is created from disparate audiovisual events, from sounds and chants, from gestures, recordings, re-enactments and encores, as well as transmissions and inserts. All deadly serious and, as always with Cage, a big joke. Here, it is not so much the demolition of the opera houses vehemently called for by Pierre Boulez half a century ago that can be seen, but rather the subsequent clean-up work.